How My Atheism and Feminism Inform Each Other

How My Atheism and Feminism Inform Each Other September 20, 2016 Jeana Jorgensen

Being an atheist and a feminist is a natural fit, as others have noted. When I bring my interest in culture and gender to the table, it’s even more so.

Of course, it’s also an uneasy fit; the atheist community’s misogyny has been noticed and called out in many instances. As Libby Anne has noted, gender equality hasn’t fully permeated the atheist community yet, and hence she foregrounds feminism in her blog rather than atheism. I also think of myself as a feminist foremost, and an atheist second, but there are some crucial ways in which the two inform one another.

First, it’s hard for me to get around how many religions are both sexist and heterosexist. Much of any given religion’s sexism can be seen in its myths, where see the first humans created, and gender roles imposed early on. This applies also to representations of the genders within scriptures (including there being only two genders – since let’s recall, binary gender is a fiction) as well as prescriptive behaviors within relationships. I do not think a belief system structured around marriage as only valid between a man and a woman, with certain roles and norms for each, is compatible with feminist goals.

If anything, the fact that marriage and religion as institutions co-evolved during times of great social, economic, and sexual inequality makes them both suspect in my mind.

As authors David P. Barash and Judith Eve Lipton note in The Myth of Monogamy: Fidelity and Infidelity in Animals and People:

[W]ith increased wealth concentrated in the hands of a few came the prospect of additional wives. Polygyny flowered – and not just among early farmers: The same applied, if anything more so, to pastoralist societies, nearly all of which were traditionally polygynous. Even today, large herds of cattle, coats, camels, and so forth equal large wealth, which equals large numbers of wives for the ‘haves.’ Polygyny was evidently widespread in the Near East, as reflected by numerous Old Testament references to the many wives of the early Israelite kings. (136)

Further, they characterize polygyny as “a condition of elitism, in which a relatively small number of fortunate, ruthless, or uniquely qualified men get to monopolize more than their share of the available mates” (136). I don’t mean to knock polygyny specifically, except for where it occurs in coerced conditions. I believe that consensual non-monogamy can work for all kinds of people in all kinds of situations, but again, it’s gotta be consensual… and in my experience, assigning people narrow roles based on their assigned-at-birth gender is not a great way to ensure that a situation is a good fit or completely consensual.

The other thing that infuriates me is how much religious belief impacts abstinence-only sex education, which is a load of hogwash. Abstinence-only sex ed erased consent. It dovetails with rape culture in truly disturbing ways. It leads to massive amounts of cognitive dissonance even for the people who do follow the rules and save sex until marriage, because it’s not like you can magically flip a switch and make the shame and ignorance of your previous life vanish in order to have great married sex.

For sex education to be feminist, it must be LGBTQ-inclusive, trauma informed, intersectionally aware, and focused on harm reduction (and, obviously, on combating sexism, misogyny, and gender stereotypes). For sex education to be allied with atheist goals, it must be evidence-based and must take into account the latest scientific research (all of which points toward the necessity of providing medically-accurate information and, where relevant, free access to contraception). Sex education can have tie-ins with religious faith – indeed, for many teens of faith, choosing abstinence is a useful strategy – but it cannot let its aims be dictated by religious faith.

In short, both my feminism and my atheism demand that we look at where the power’s coming from and flowing to, and at the intersectionality of various identities at work (gender identity, sexuality, ethnicity, nationality, and so on). Marriage equality – within heterosexual and other contexts – and accurate sex education are both things that should count as universal human rights, and these are goals that my atheist and feminist sensibilities call for. I hope to see both the atheist and feminist communities (and the various Venn diagrams where they intersect) working toward these causes. 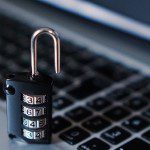 September 19, 2016
The Must-Read Article on Sex Trafficking
Next Post 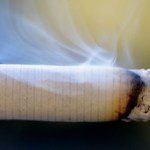