Hungers and Hypersexuality: Our AASECT 2017 Panel

Hungers and Hypersexuality: Our AASECT 2017 Panel May 1, 2017 Jeana Jorgensen

Our abstract is provided below for those who want to know specifically what we’re talking about, but we also want to make two very important points about what our panel contributes to the dialogue:

1) One distinguishing aspect of this workshop is that it brings together the perspectives of both the therapeutic realm and sex education, two perspectives which, while never in conflict, sometimes have different concerns, audiences, and discursive modes. Strangely, it is not terribly common to find educators and therapists occupying the same dais and actively collaborating. But we are coming at the topic of OCSB, hypersexuality, and the addiction model from a position of sharing and exchange, and we believe that doing so adds enormous value to the organization as a whole as well as to audience members seeking to provide accurate human sexuality and sexual health knowledge to clients and students. Both of us have PhDs in humanities disciplines and academic teaching experience with specializations in historical, literary, and folkloric constructions of sexuality and erotic expression. For her part, Lucie is pursuing an MA in Counseling Psychology and is currently in a supervised clinical internship.

2) The theme of this year’s AASECT annual conference is “honoring our past; celebrating the present; and envisioning our future.” We proposed our workshop to purposefully address each aspect of the conference’s theme. We are bringing to bear our literary, folkloric, and historical expertise—and these features represent vitally important perspectival shifts. We know some members of our audience might have the question:  “I’m a therapist treating folks who feel as if they have out of control porn viewing habits, how does knowing about 17th-19th century discourses help me? What has this to do with me? What’s the value-added?” Here, we might revisit Lucie’s reaction to the 2016 AASECT Summer Institute, and particularly David Ley’s closing workshop, namely, that in order to come up with better metaphors (than the sex/porn addiction or hypersexuality models provide) and better stories to engage the field and our clients with regard to OCSB, we need to understand the discursive fields that produced those models and to reveal the classist, misogynist, heterosexist, mono-centric, racist assumptions that underpin them.

For your reading pleasure, here’s the long abstract for our panel, plus a bibliography that we hope you’ll find as tantalizing as we did! And if you’re at AASECT this June, we hope you will attend our panel.

“Those who cannot remember the past are condemned to repeat it,” warned twentieth-century philosopher George Santayana. This sentiment is precisely what has happened with respect to what we now call sex addiction and hypersexuality.

Historians of the sex addiction model often describe sex addiction and hypersexuality as “a product of late twentieth-century cultural anxieties” borne out of the so-called sexual revolutions of the 1960s and 1970s, the offspring of a confluence of discourses including “an addiction discourse (gambling, alcohol) that leant itself almost seamlessly to sexual matters; a strange and momentary combination of conservative Christian and radical feminist social purity; and the initial impact of AIDS in the 1980s that so dramatically intensified such sexual apprehensions” (Reay, Attwood, and Gooder, 2015, p. 7). The contemporary social contexts that combine to make the sex addiction model so impactful are undoubtedly real, and very present in the minds of those struggling with what they feel to be out of control sexual behavior.

But the discursive field of sex addiction and hypersexuality, we argue, is far older and far more deeply imbricated in Western European conceptions of gender, sexuality, and even race, than previously acknowledged or discussed. Through explorations of literary, folkloric, philosophical, and proto-psychiatric texts, this panel will delve into the history structuring and underlying what we now think of as sex addiction and hypersexuality. Special attention will be given to female sexuality, subjected for the last two centuries to diagnoses of nymphomania based on amorphous and fluid conditions (Groneman, 1995), given that the construction of female sexuality differs widely in literary and folk texts of the same time periods.

We will lecture on how hypersexuality is conceptually bound up in early modern anxieties over hunger, appetite, excess, moral-physical degeneracy, cis female sexuality, early race theory, and the consumption of the explosive new media of the eighteenth century, the novel. And we will engage panel attendees in a discussion of how this rich and troubled history continues to impact us as sex educators and sex therapists and how we might break out of this history through an informed, sexual health-grounded framework. This workshop’s focus thus continually shifts from a reflection on the past to a consideration of how that past has been used to shape our cultural present.

Riskin, J. (2002). Science in the Age of Sensibility: The sentimental empiricists of the French Enlightenment. Chicago: University of Chicago Press.

Vila, A. C. (1998). Enlightenment and pathology: Sensibility in the literature and medicine of Eighteenth-Century France. Baltimore: Johns Hopkins University Press. 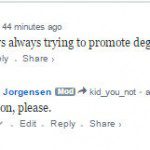 April 30, 2017
Calling Someone Degenerate Doesn't Help Your Argument
Next Post 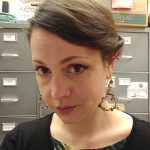 May 2, 2017 This Is My Week of Getting Trolled, Apparently
Recent Comments
0 | Leave a Comment
Browse Our Archives
get the latest from
Foxy Folklorist: Folklore, Culture, Sex
Sign up for our newsletter
POPULAR AT PATHEOS Nonreligious
1