I Use Trigger Warnings Because I Am Driving a Car and You Are Riding a Bicycle August 31, 2018 Jeana Jorgensen

No, trigger warnings are not just for overly sensitive snowflakes. Here’s a metaphor to explain why I use them, and like to receive the same courtesy from others.

Imagine that you are driving a car. This puts you in a nice vantage point to see – and swerve to miss – upcoming potholes (which, if you live in Indiana like I do, have been a major concern this year). Other small road obstacles are no big deal, either because you can see them in advance, or because the size of your vehicle insulates you from minor bumps and such. Weather conditions? Not gonna have a huge impact on your day, as long as you’re not driving a convertible.

But in many places, drivers must also share the road with cyclists, who are much more immediately impacted by all of the above driving conditions. Depending on factors like whether or not there’s a bike lane, and how drivers are supposed to share the road, cyclists must navigate more factors than drivers – in addition to working around the drivers themselves! – in order to safely get from Point A to Point B.

In this metaphor, drivers are people without trauma (or trauma around that particular topic), trying to navigate a road a.k.a. a conversation (on the topic of that trauma) with the cyclists (or people who have been impacted by that trauma, and may still be processing it or healing from it).

In driving, even people with good intentions who don’t mind sharing the road with cyclists can still act in ways that ruin a cyclist’s day. Similarly, non- or less-traumatized folks who are talking with traumatized people can wind up having a massive negative impact on them, despite not setting out to do so (heck, folks who are very traumatized can also be careless with their speech and drop triggers left and right and thereby harm other traumatized people, but let’s not let this devolve into a discussion of cyclist-on-cyclist violence).

Most drivers aren’t inherently bad people out to harm others, just like most people trying to navigate conversations around trauma aren’t out to hurt someone. But it helps, when having a good-faith conversation around traumatic topics, to recognize that if you’re going to be working with this content, it’s polite to preface it with a trigger warning or brief content note, so that anyone still working to get a handle on their own trauma can decide whether to engage at that point or step away for their own mental health.

As I wrote in We Don’t Get to Choose Our Traumas, often after a traumatic incident “we’re left with triggers that might catapult us back to those moments, with the wiring that has occurred due to those incidents making sure we’re super attuned to threats like that in the future.” This is just a fact of how most humans are wired, and I wish we had better trauma-informed education at every level of society to acknowledge this and help educators (and doctors, and nurses, and therapists, and counselors, and politicians) work better within this framework.

This is a huge reason why I attempt to use trigger warnings when I teach my college classes. I know I can’t flag every potential mention of problematic content, because trauma is vast and it’s impossible to predict which kinds of specific experiences everyone in a room might have had, but I can try to give a heads-up if we’re getting into a somewhat graphic or detailed description of sexual violence or other forms of violence. I believe it’s yet another manifestation of rape culture to minimize the importance of delivering trigger warnings in this context, and it does a disservice to our students who desperately want to learn, but have enough self-awareness to know that a triggering episode could force them to time-travel back to a traumatic incident and lose an hour or two of class-time if they need to then try to self-soothe themselves back to present reality.

If you have learned anything at all about trauma, through personal experience or through education (reading blog posts like mine, or attending seminars, or reading books) and still refuse to give trigger warnings, then that is a willful act of ignorance and I’m not sure what to say to you moving forward. You are like a driver who has read up on the statistics of dangers to cyclists (such as these from the CDC) and still refuses to drive with more consideration for those who share the road but are more vulnerable to both your actions, and to small things that are less likely to bother you as someone in a motor vehicle.

In other words, learn to share the damn road already. 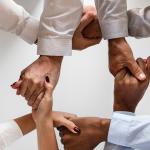