I haven’t done a proper ICFA recap consistently despite attending this particular conference for almost a decade now, but I’ve had a tradition of doing them in the past, recounting conversations about folklore with author China Miéville, and discussing the idea of scholarly compersion.

Oh, what’s ICFA, you ask? It’s the International Conference on the Fantastic in the Arts, an annual conference devoted to the academic study of the fantastic in all its forms: fantasy literature, science fiction, horror, comics, films, fan fiction, fairy tales, the visual arts, and more.

This year’s theme was Wonder Tales, which meant that we had more papers on fairy tales, folk narrative, and folklore than usual. And it was awesome. I’ll describe some highlights of the conference here, in case people are wondering what exactly goes on at these types of events.

I saw a number of intriguing papers about fairy tales that appear in young adult fantasy and children’s literature, such as the retold tales by Francesca Lia Block in her collection The Rose and the Beast. Annika Herb and Mandy Mahaffey gave papers on Block’s work, focusing on the depictions of trauma and women’s desire. Retellings that juxtapose the Holocaust with fairy tales, such as Jane Yolen’s novel Briar Rose, got a fair bit of attention too, from scholars like Rachel Romero and Veronica Schanoes. Schanoes addressed representations of Judaism and Jewishness in the Grimms’ tales specifically, which is a really exciting new direction for research to go in (given how the Grimms’ tales contain a lot of anti-Semitic themes, and were used in Nazi Germany as examples of good moral stories). Margaret Kingsbury discussed the nested fairy tales by Catherynne Valente in the duology The Orphan’s Tales, which I’ve also researched.

Fairy tales on TV got a fair bit of attention, too. Claudia Schwabe presented on the crossover between heroes and villains on shows like Once Upon a Time and Grimm, while Christy Williams, also discussing OUAT, delved into specific fairy-tale scholarship about structuralism and tale roles (think Propp) to address these role reversals. Finally, Kristiana Willsey analyzed the visual motifs in the show Over the Garden Wall, which seems creepy and eerie and like something I’d enjoy.

Guest of honor Holly Black read from a new work about changelings, and Terri Windling’s guest of honor speech (delivered by Ellen Kushner) was a  rousing defense of fairy tale and fantasy in the context of life’s cruelty and wonders. Scholar guest of honor Cristina Bacchilega invited us to consider wonder tales within a capitalist context (Disneyland vs. Dismaland) and to imagine what decolonized wonder tales might look like: what if we think about fairy tales from a perspective of ecological sustainability, or of indigenous social justice and activism?

The panel I was on focused on teaching fairy tales, coming from a bunch of disciplinary perspectives (folklore, rhetoric, women’s studies, and anthropology). My fellow panelists Amanda Firestone, Linda Lee, and Leisa Clark and I all brought a number of lesson plan, assignment, and discussion ideas to the table, along with readings we’ve assigned, course themes we’ve played with, and mistakes we’ve made. Most of us have gotten really good traction out of giving students assignments that focus on constructions of gender in fairy tales, and on multiplicity as a key to understanding how variation shapes fairy tales over time. I now have a ton of ideas to implement the next time I teach a course or a unit on fairy tales!

Aside from the academic allure of the conference, I enjoyed the panels I attended on fantasy fiction featuring guest authors and artists. The panels on Remix Culture and Fantasy Worldbuilding were both excellent, and while I tweeted the heck out of them, I’d also direct the curious to writer/editor/publisher Cecilia Tan’s blogs summarizing each one (Remix Culture here; Fantasy Worldbuilding here). I love to hear intelligent, well-read people talk about why it matters how we think about culture, about intertextuality, and things like that. Granted, no one used the word “intertextuality” since these weren’t straight-up academic panels, but the word appeared a lot in my head while listening. Because I’m a nerd like that.

I didn’t make it to any author readings this time, other than Holly Black’s. Which is somewhat of a bummer, but I prioritized self-care this time around instead, trying to get plenty of sleep, not cramming my head too full of knowledge, and so on.

I hope that I’m conveying just how much of an intellectually stimulating conference this is, without shortchanging its rigors. Yes, researching folklore, fairy tales, and fantasy is just plain fun… but that doesn’t mean you can get away with just saying anything. I’ve touched on a scholarly faux pas of one type or another in my folklore pet peeves blog posts, but at this conference in particular we had a Twitter backchannel going about the really ignorant things that people sometimes say about fairy-tale scholarship, making it clear that they know nothing of said scholarship.

We jokingly turned it into a drinking game, but I don’t think any of us followed through with the compulsory drinking (which is probably a good thing, because then the conference would’ve been full of drunk, belligerent folklorists). Some no-nos include:

If you want to catch up on conference highlights, check out the conference hashtag #ICFA37. And Heidi Ann Heiner of SurLaLune has a recap of Day 1 up here. I think I’m about done with this post, but I may have a spin-off for other ideas as they come to me. ICFA remains a unique conference, and one quite dear to my heart. And, amazingly, I returned home from it without any con drop! 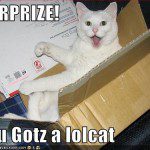 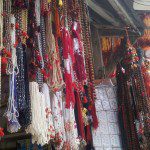