Ideas To Supplement the “Total Abortion Ban” Proposal in Indiana

Obviously a total abortion ban is a terrible idea from a public health perspective, a women’s rights standpoint, and a sex education view…but what if we steer the conversation to be about systemic inequalities too?

As reported in the Indy Star, state representative Curt Nisly is going to propose a total abortion ban, which “would treat the death of an unborn child like you would any other human being.”

I’m not expecting a lot of sensitivity to nuance from him (not after he retweeted a controversial tweet about slavery, ugh), but I really like Patheos blogger Libby Anne’s post about obligations that accompany a total abortion ban. As Libby Anne reminds us, the ban would mean investigating every single miscarriage. Every single one. Does that sound like a good use of taxpayer dollars to you?

However, Libby Anne also makes some excellent suggestions, writing, “After all, if women are going to be required to bear children they don’t feel they’re prepared to care for, it’s only fair that we give them the means necessary to ensure that they can care for these children, right?” Her ideas include:

On this last point, Libby Anne notes, “Ensuring that children can afford to access these resources may cut down on the challenges women face racing children they hadn’t intended to have—and it will certainly cut down on the challenges these extra children face upon reaching adulthood.” So, if we’re trying to encourage women to keep pregnancies (through the rather draconian means of prohibiting abortion), we might as well institute a more broadly “pro-life” movement that enhances the quality of life of all involved, regardless of socioeconomic status, religion, and so on.

This is a nice reframe in a lot of ways – along the lines of “oh, you want more women to choose to remain pregnant? Well maybe you should help ensure that their lives won’t suck as a result due to structural inequalities.”

Still, I’d like to remind you: the most effective way to prevent abortions is to provide accessible contraception and comprehensive sex education. I really really wish my politicians would listen to the evidence on this issue, and implement these policies before trying to take drastic measures that will negatively impact those who are already vulnerable.

I know that the sex education in schools in Indiana is pretty crappy, and our state doesn’t have a good track record of funding education that’s accessible to all. So let’s remember that when you actually understand how bodies and pregnancies work, there is no “just have the baby” argument: pregnancies are dangerous, but so are many physical conditions requiring monitoring and treatment.

Finally, please keep in mind that the historical record shows that making abortions illegal is essentially condemning women to death. Even if you’re against abortion, this is SUPER not okay. The burden will be disproportionately born by poor women, women of color, and so on.

I understand that abortion will continue to be a divisive issue for many, especially those with strong religious beliefs, or with personal or familial experiences that have impacted them. But a total ban isn’t the way to go, not without policies protecting women from the inevitable havoc of back-alley abortions, and not without attempting to address the abortion rates with evidence-based interventions first. 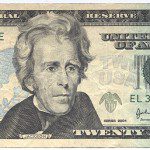 November 22, 2016
If You're Comparing Your Dude to Andrew Jackson, Just Stop
Next Post 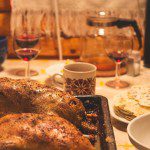