If American Belly Dancers Protested Colonialism As Much As Our Dance’s Sexualization… February 21, 2021 Jeana Jorgensen

If you’ve ever chatted with a belly dancer from the U.S., you’ve probably heard some riff on the phrase, “It’s not sexual, it’s sensual.” Americans dancers have done a lot of activist work here…so what might the dance scene look like if we took on colonialism, too?

In light of some of the conversations happening recently in U.S./Western belly dance communities, I’ve been thinking about how American dancers are already quite activist and loud about certain issues, like how much we hate it when belly dance is perceived as a sexual, seductive art form. What a reframe it would be if we redirected our advocacy and education efforts towards dismantling the legacy of colonialism, Orientalism, and racism in our communities, too!

I believe many belly dancers have had the dismaying experience of investing in an art form and community, only to hear some snarky comment about how it’s akin to stripping, or must be a nice treat for one’s husband/boyfriend/etc. in the bedroom. There are obviously a number of problems here, not least among them the sex negativity inherent in proclaiming that “we” are different from “them,” such as strippers and exotic dancers and sex workers, since I have no desire to put down those other dance forms just because they operate with different genre expectations than belly dance. Sex work is work, and I don’t think we should create hierarchies of what constitutes “valid” dance forms just to make ourselves feel better.

Not all belly dancers are women, or heterosexual, either. I’ve written about this in the past, in a post titled Is Belly Dance for Cis Het Women? and I maintain that belly dance is an art form that can and should be welcoming to all bodies and all identities. Still, many belly dancers are cisgender women in the current cultural context in the U.S., so that does inform a lot of shared experiences.

And those shared experiences, unfortunately, sometimes include our unwelcome over-sexualization. I’ve been assaulted at dance gigs, groped by people in the audience. I’ve had snide comments directed my way and been slut-shamed for… I’m not even really sure what, wearing a costume that shows my belly? Daring to employ my hips in a dance move? I take care to out myself as a belly dancer in academic contexts in order to offset the stigma it might carry, so I can be in charge of framing that conversation and ensuring that it’s not seen as something that detracts from my intellectual capacity. Oh yeah and there was that one time someone called the police on me for doing a photo shoot in belly dance attire at a park.

In the 20+ years that I’ve belly danced, I’ve done a lot of labor – and watched others do it too – to proclaim a separation between our dance form and hyper-sexualization. We say, “It’s not sexual, it’s sensual,” and we talk about how the dance makes us feel rather than how it makes us look. We take care to not appear too flirtatious with the audience. We try not to show too much skin. Some of us refuse to support burlesque shows or pole dance studios in order to maintain that highly-coveted rhetorical distance from seeming like “that” kind of dance (which, as noted above, I think is BS…they’re simply different genres of dance with different expectations that sexiness happens to play more of a role in!).

Given that we’ve invested so much labor in creating this distance from a vision of belly dance that is inappropriately sexual, I wonder what our conversations would look like right now if we had invested any fraction of that labor in also better understanding the impacts of colonialism, white supremacy, and Orientalism on the populations from whence this dance form comes. Like, if for every 5 sentences I had to utter to justify my dancing as being appropriate, I’d also taken the time to educate myself or my audience about how Western imperialism in the Middle East had a lasting impact on the region, and we should keep that context in mind when appreciating this art form? Wow. What would that look like?

And it’s not as though these various concerns are unrelated; when Western women belly dancers worry that their bodies are perceived as available for consumption by a hypersexualized male gaze, it’s not wholly different from the entitlement Western colonizers felt to the bodies and labor of North African and Middle Eastern people in the past (I’m aware that conflating patriarchy with colonialism is not an accurate 1 to 1 representation of these forms of oppression, but rather, I’m struck by just how much entitlement is inherent in each of these manifestations of power). Sometimes, of course, these things directly overlap, as with much Western Orientalist art that portrays MENA women as objects of sexual desire.

Thus I think it’s on Western/U.S. belly dancers to be aware of these issues and steer clear of Orientalist tropes in our art form, both to not perpetuate inaccurate and harmful stereotypes about MENA peoples that were put in place by colonizers to justify their actions, but also because many of us are in a position of some privilege, and we should use it to do some good. If we can spare the time and energy to advocate for ourselves and make sure that our audiences are repeatedly told that belly dance is sensual, not sexual so that our genre is properly appreciated, then we can also spare the time and energy to start to do some of the work of educating our audiences about Orientalist stereotypes and the damage Western colonialism has done to MENA cultures.

I’m writing this post in part because I think Western belly dance has the potential to do a lot of good. Just last night I performed in a virtual belly dance show that raised over $800 for a charity devoted to hunger, for example. I watch women (and some men, and some trans and gender-nonconforming people) learn to love their bodies in belly dance, and form lasting friendships. I watch as small artists open Etsy shops to sell costumes, opening up other options under this crappy version of capitalism we currently live within. I watch as white people in the Midwest learn that Middle Eastern music is actually kinda cool, and that maybe not everything associated with the region has to do with terrorists (eyeroll, sigh, but it’s a persistent connotation in certain parts of the U.S. wherein white people have never been exposed to anything artistic from the region, just the slew of nasty imagery and Islamophobia from the media).

And yes, I watch as U.S. belly dancers become passionate about learning more about the origins of this dance form, and begin to unlearn stereotypes and advocate for change. Maybe the next charity show will send some money to a charity in the Middle East or North Africa…not out of some misplaced white savior complex (because ew), but rather out of a recognition that we’re guests in a dance form that originates from there, and as we have benefited economically and nationally from the legacy of colonialism, we can and should try to offset some of what we’ve taken by giving back. 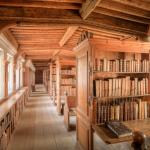 February 14, 2021
What Is the Point of Academia If Not the Community?
Next Post