Few things boost your confidence like knowing you can wrangle a giant lecture class full of non-majors and freshman, and I mean both the logistics of planning such a course and delivering the lectures themselves on a regular – if nerve-wracking – basis.

One of the biggest challenges I faced last semester was teaching an introduction to folklore class that was almost unmanageably large. It was frustrating at times, and disheartening at others, but as I look back, one of the more rewarding aspects was simply realizing that I could (and did) pull it off.

Imagine that you are a subject expert. You are excited to share your knowledge with the world, which includes the college students who have enrolled in your intro course. You build the syllabus, you meet with your team of TAs, and then it’s go time.

And you find yourself speaking to a wall of blank stares.

It’s always a little disorienting when that happens. I get why it happens: for many first-years, they don’t necessarily know how to respond in lecture, or maybe they care about looking cool in front of their peers; and when you teach a folklore class, people often don’t know exactly what they’re getting, due to the stereotypes and ignorance around what we actually do in my field.

A lot of the semester felt like that, though I know from dropping in on the discussion sections my TA’s taught that the students were conversant in the material. It just didn’t feel that way in most lectures, which made the semester feel very challenging for me.

The disconnect in my lectures happened for a few reasons, in retrospect. I’m a decent public speaker, but I’ve always thought I shone in smaller settings, where I can tailor my lecture to my students in a seminar, for example (not gonna lie, larger lectures can make me feel like a scared rabbit, but as a seasoned performer I know how to handle it). Add in the fact that I’m fairly soft spoken, and thus require a mic to speak to large audiences, and you wind up with me being a little awkward, and knowing that I’m a little awkward. I also think my flavor of teaching works best when people want to be there. It’s one reason why my upper-division electives at my main institution go so well; people sign up for them by choice, not because they’re required to (this is also why I think I’m a fantastic dance teacher: people come because they want to learn from me).

In an intro-level survey class, it helps to have realistic expectations, too. I structure my intro to folklore classes along genre lines, so we begin with verbal folklore genres, move on to customary genres, and then finish with material culture. I do this in part because I’m a folk narrative specialist, but also because I think many students walk in expecting fairy tales and legends, so we begin with those, and use the concepts we learn there to scaffold for the less-expected genres of folklore. Further, when we start at the word-level unit of folk speech, we’re beginning with recognizable folklore texts that get daily use. Everyone uses slang, even if they don’t think of it in folklore terms, and so I hope to gain buy-in by starting there and demonstrating relevance.

At the same time, though, this hopping-around-topics approach can be off-putting to students who want to dive in deeper, and I have to recognize those limitations. The folklore-as-buffet-of-fun-topics class design has its advantages in that we can cover a ton of ground, but disadvantages include that we don’t linger long enough on a given topic to provide what might feel like a more fulfilling case study to some.

I also pulled my usual low-key activist stunt of assigning material about gender and sexuality because I think it’s important for people navigating this world to have some sense of what these identities are, how they intersect with folklore, and what that means for the rest of society. One of the books we read, for example, was my all-time favorite  Did You Hear About The Girl Who . . . ?: Contemporary Legends, Folklore, and Human Sexuality. I know that some students found all the sex topics off-putting, but I don’t believe we should stick our heads in the sand about sex just because it’s uncomfortable; you don’t get to do that in the real world, so why should you in the college classroom?

(obviously I try to approach taboo topics as respectfully as possible, and I allow for the possibility of trauma triggers impacting students in such a way that they might need to disengage or leave the classroom for a bit, but I push back as hard as possible against the implication that sex is never appropriate to talk about because of whichever reasons, which are often misogynist, homophobic, and so on)

Anyway, the students took a while to warm up to me, and me to them, and sometimes that’s just how it goes. One thing that helped was that my TAs were amazing. They easily accommodated my commute, and we were able to arrange meetings around my hectic schedule. We were on the same page about pedagogical goals, and they handled the large grading load with grace. Checking in with them was always a perk of the teaching process, and I, a veteran teacher, got ideas from them in terms of discussion exercises, theoretical foci to bring in, and so on.

But even as I was relieved when the semester ended, heralding the end of a painful commute and a stressful period of time in my life, I tried to look for positive takeaways. I think many of my students will, in the future, realize the relevance of what we did in class (and trust me, folklore is always relevant, you just have to be open to seeing it, from getting a handle on the customs you have to pick up on international business tips, to interacting with family members who are active bearers of a tradition you only just now have words for). Those who were resistant to the material might gain something useful from reflecting on those reasons. Some might even go on to take more folklore classes, or major in folklore. Heck, even just knowing what folklore is and having a laid-back appreciation for it counts as a win in my book.

So, looking back on this semester, I’m trying not to castigate myself for what I could’ve done better. I’ll save that agony for when I finally see course evals (sad trombone).

Instead, I’m focusing on just how freaking difficult it is to plan and execute a 225-person lecture class at a major university because holy shit that’s tough. And I pulled it off. And it wasn’t perfect, but it was good. It represents another accomplishment in my alt-ac jack-of-all-trades toolkit: “Oh, you want someone to roll in and teach a giant survey class? With how much prep time? You got it!” And while I’m still deeply skeptical of how we parse academic labor, I’m inclined to celebrate this semester, and what it taught me about versatility and resilience, as a win. 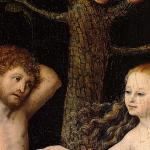