If You Are Against Sex Trafficking But Do Not Support Cyntoia Brown, Please Shut Up Forever

If You Are Against Sex Trafficking But Do Not Support Cyntoia Brown, Please Shut Up Forever December 10, 2018 Jeana Jorgensen

News is circulating about the teenager Cyntoia Brown, who was trafficked into sex work and managed to escape by killing her captor. She will remain in captivity for over 50 years as a result of the court ruling. Is this how our society wants to support victims of sex trafficking?

As reported as HuffPost, Brown was raped and forced into prostitution as a minor, and then killed a middle-aged man who brought her to his house and was reaching for a gun. Brown, despite being 16 at the time, was tried as an adult.

Without even getting into all of the awful gendered double standards here – such as millionaire Jeffrey Epstein only serving 13 months in prison for trafficking multiple minors or Brock Turner serving only 3 months for raping an unconscious woman – I want to focus on how the fight against sex trafficking is failing here, on multiple fronts.

As I’ve written elsewhere, “Trafficking is obviously non-consensual and awful and should be stopped, whether it’s sex trafficking or labor trafficking. Unfortunately, our law enforcement branches aren’t always up to the task.” Sex work, on the other hand, is as consensual and as valid as any other kind of work under capitalism. (See this excellent tweet thread by @thotscholar about the danger of creating a sex trafficking/sex work dichotomy and its impact on some of the already most-marginalized populations.)

I understand that people want to fight sex trafficking. It is inhumane and a violation of human rights to force someone into sex work. And yet the way we’re going about is untenable, and fueling oppression (especially intersectional oppression) rather than fighting it.

For one thing, as documented as another Patheos blog, the SESTA/FOSTA laws – you know, the ones shutting down Tumblr and causing problems on Facebook right now? – are not going to fight trafficking as advertised; instead, they are reducing free speech and increasing the unethical and unsafe sides of sex work. If you want to keep an eye on it, the Woodhull Freedom Foundation has an ongoing lawsuit over FOSTA which you can follow here.

For another thing, as I summarize here, U.S. law enforcement is also just doing a bad job of handling trafficking cases. The whereabouts of the “victims” are not always kept track of, revealing that any altruistic aims to follow up on their supposedly poor, abused people are just words.

And when an activity is full-on criminalized and illegal under any circumstances, coming forward to report that you were victimized by it is incredibly risky. I repeat: from a harm reduction viewpoint, when we make it illegal to participate in an activity that is not always consensual, then victims who try to come forward will not find safety, but rather further persecution at the hands of the law, when they have already possibly experienced trauma at the hands of their abusers. This is cruel and unjust on multiple levels.

In addition to this being an individually unjust situation, I am upset at the message this sends to people who have been or are being trafficked: that their ability to get away from their captors ultimately does not matter if the justice system will only imprison them for it.

If you actually want to stop sex trafficking – which I think most of us do – then please follow the research, and listen to the voices of those who are most impacted by it: underage and adult survivors of trafficking. Being criminalized does not serve them. Being jailed for a lifetime for fighting back harms them, and deters others from trying to fight to escape dehumanizing circumstances. And, even though consensual adult sex work and sex trafficking are NOT the same thing, maybe also listen to the voices of adult sex workers, because they may also have firsthand experience with being prosecuted under laws that conflate sex work and trafficking, laws that criminalize them and claim to save them but do the opposite.

I also like this polemic tweet thread by @uppittynegress about how the outrage about underage sex work should not obscure the fact that there are teens choosing to do survival sex in the first place, which is a systemic problem we can address at its root, rather than by criminalizing said teens and more likely than not putting them back in the abusive situations they were trying to leave in the first place.

To sum up: if you actually want to stop sex trafficking, consider first whether you are supporting survivors of trafficking by listening to them about their needs (which foremost includes not criminalizing them). Do not let Cyntoia Brown’s life fuel the next moral panic about sex work (and these moral panics have a loooong history, which I hope to cover soon).

If you are actually against trafficking, please lobby to support Cyntoia Brown and others like her. If you’re not willing to do that, then reconsider whether you are using words to mean the things you think they do. Because not only am I exhausted by people using words poorly right now as a teacher at semester’s end, but I’m also disgusted by people’s supposedly-righteous moral outrage blinding them from recognizing the negative impact of the law on some of the most vulnerable people right now. 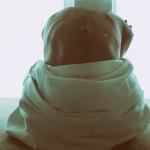 December 4, 2018
The Unequal Distribution of Trauma in Heterosexual Dating
Next Post 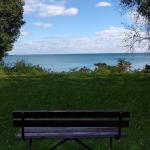 December 20, 2018 How I Survived a Challenging Semester: Equal Parts Kindness & Boundaries
Recent Comments
0 | Leave a Comment
Browse Our Archives
get the latest from
Foxy Folklorist: Folklore, Culture, Sex
Sign up for our newsletter
POPULAR AT PATHEOS Nonreligious
1

How (and Why) Evangelicals Blow Their...
Roll to Disbelieve
Related posts from Foxy Folklorist: Folklore, Culture, Sex