If you can think through the hypothetical aspects of Fantasy Football, then grasping racism should not be that difficult.

Here are some skills that I’m given to understand go into picking a Fantasy Football team:

Given all that, I’m a bit more surprised that more people don’t understand that racism is systemic. As this article notes:

discrimination is often systemic and structural, not individual. Often, not only is there no smoking gun, but there’s often no individual “bad actor.”  Even neutral requirements—a high-school diploma for employment, a family-size limit for housing—can have huge de facto discriminatory effects, which may or may not be intentional.

I understand that it’s uncomfortable coming to terms with systemic racism in our society, but as this quote demonstrates, there’s also a release of guilt in it: you personally may not be racist, and you may not be acting in bad faith… but the system’s stacked so that you benefit from it, and others lose out. If anything, I’d think that would be a freeing revelation (it doesn’t mean you’re off the hook to try to change the system for the better, though!).

There’s a wealth of statistics showing how racism impacts things like wealth distribution, education, and more.  There’s even evidence piling up in psychological studies that racism is real, and there are proven ways to fight it. I get that it’s not a fun thing to acknowledge that you benefit from a racist system, but you’d think people using statistics in other areas of life would be open to seeing them extend to this very crucial arena too.

Comedian Aamer Rahman uses the same kind of speculative scenario to illustrate why the claim of “reverse racism” is bunk. Watch the video here, it’s hilarious.

So, even if you hated this post and thought that my comparison was totally off base, hopefully you enjoyed the video! 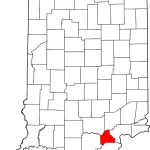 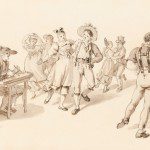 July 21, 2016 #FolkloreThursday: Context (3/3)
Recent Comments
0 | Leave a Comment
Browse Our Archives
get the latest from
Foxy Folklorist: Folklore, Culture, Sex
Sign up for our newsletter
POPULAR AT PATHEOS Nonreligious
1