I am glad to see so many more people using the phrase toxic masculinity, due to recent *cough* Kavanaugh *cough* events in the U.S. However, if calling masculinity toxic sounds a tad glib, I’m here with a solution: use the more scholarly term.

As a feminist and queer scholar, I view gender as a major organizing category of people’s lives that nonetheless takes on local characteristics and changes over time. So while “toxic masculinity” isn’t new, the phrase is something I’ve only heard recently, and it’s what I want to to discuss and define here.

The study of masculinity is a few decades old, usually happening under the auspices of feminism, gender studies, queer theory, and/or masculinity studies. I’ll quote from the ethnographic book Dude You’re a Fag by C.J. Pascoe, which comes highly recommended:

By the same token, hegemonic femininity is not a thing. Men have access to hegemonic gender roles because we still essentially live in a patriarchy, where men are more prioritized and privileged than women (if you hate the word privilege, read my take on it here). I’d suggest, instead, that the roles available to women are along the lines of complicit femininity, idealized femininity, and normative femininity: a set of gender roles telling women that if they act just so, they’ll get some approximation of power that is always reliant on men tolerating their proximity. I see this very much reflected in this excellent Harper’s Bazaar on why conservative women are okay with men like Kavanaugh harassing them.

So why does hegemonic masculinity get called toxic? Well, it’s toxic – as in unhealthy and poisoning – to many if not most who engage in it. On the emotional side of things, when men are told that it’s feminine/feminizing (goodness forbid) to express certain feelings, show vulnerability, or cry, it cuts them off from a portion of the normal human spectrum of experience. It forces them to conform to unrealistic expectations for behavior. It encourages them to use women as tokens to prove their manhood, which can be objectifying if not outright violent.

As the European Institute for Gender Equality notes of hegemonic masculinity:

This pattern of masculinity, which shapes the hegemonic position, is not only adverse to equality and inclusion, but also brings disadvantages and costs for men.

From this perspective, men’s health problems have been interpreted as ‘costs of masculinity’, as opposed to the privileges men gain from the current gender relations, for example higher income and less unpaid work.

In other words, it does come with costs to men. It’s not just a cheery one-way ticket to the top of the social hierarchy, it has real health costs and adverse consequences. Toxic masculinity is not just dangerous for women, it can be deadly for men. According to a report by WHO, for example, suggests that gender norms are responsible for men being less likely to seek health services when ill, more likely to contract HIV, and more likely to be exposed to risky chemicals and behaviors. This comes with financial costs as well as physical and emotional ones: “men’s premature mortality and morbidity cost the United States economy alone an estimated 479 billion United States dollars annually.”

Based on all of this information, my response to people who don’t like the phrase “toxic masculinity” is along the lines of sorry/not sorry. We wouldn’t call it toxic if it weren’t, ya know, actually harming people. But I understand that it can be off-putting, and the term “toxic” is also a tad vague, so “hegemonic masculinity” is probably a better term in the long run, especially for academic purposes. Essentially, however, both phrases describe the same phenomenon, so whichever one you use, you are criticizing the construction of masculinity that is inherently hierarchical, dominating, sexist, misogynist, homophobic, and entirely too prevalent right now.

If you’re an educator wanting to unpack the concept of toxic/hegemonic masculinity, the “Act Like a Man Box” activity (originally created by Paul Kivel) is something I explain here, based on a workshop I took at the Woodhull Sexual Freedom Summit a few years ago. College students usually respond well to it.

Regardless of what we call it, let’s keep the conversation going about forms of identity that thrive on dominance and aggression. If we can identify it, we can work to provide alternatives and to change it. 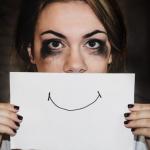 September 29, 2018
Normalize Being Trauma-Informed in a Time of Kavanaugh
Next Post