Talk is cheap, but when I only see someone posting that it’s sad about all the property destruction, I get skeptical. Here’s why.

With all the protests here in America about both the recent police killings of unarmed black people – George Floyd, Breonna Taylor, Dreasjon Reed here in Indianapolis – as well as about the centuries-long oppression of black people through the criminal justice system and other institutions, I’ve seen a variety of responses from fellow white people.

A lot of responses on social media have been to lament that it’s gotten this bad, to ask what can be done, to advocate for change. Those are a good first start, as eye-rollingly overdue as they may seem to those already doing the work.

And then there are the responses that are doubling down on white supremacy, by saying protesters should be arrested, by conflating protesters with rioters and looters, by justifying the extrajudicial killing of black people as though that were somehow legally or morally defensible.

And then there’s the silence.

I get it: not everyone is on social media to broadcast their entire interior world to the public-facing interwebs. Some people are overwhelmed, already struggling with pandemic-induced horrible things of various flavors, or struggling with existing mental health and emotional conditions. Not everyone is cut out for activism.

But, if someone (white) is on social media in the first place, whether it’s to share pet pictures or recipes or stay in touch with friends, it seems worth it to at least drop a mention of whether you condemn systemic racism or not. Because if you don’t, it’s all too easy to assume that you’re good with the status quo.

I believe that one of the most pernicious legacies of white supremacy in the post-Civil-Rights era is the conflation of racism with the KKK and other explicitly racist individuals and groups. It’s like, oh, if you don’t put on a white hood and go out and lynch people, then good news, you’re not a racist monster! Only the violent horrible people who do those things are racist, the rest of us are not racist!

This is obviously untrue; these are tons of institutions we interact with daily, big and small, that perpetuate white supremacy. There are unspoken social norms at work and in retail stores, in medicine and in schools (not to mention things like the prison industrial complex).

It is so easy for white people to be complicit, and further, to be silent about our complicity. Hence this blog post. If I don’t see you at least speaking out to say “this stuff is awful, we need to stand with black Americans to create change” then I have no reason to assume you’re not on board with the centuries of racist bullshit this country has been founded on and perpetuates.

I recall seeing one local business owner, who did not have any history of decrying racism, make a post about how sad all of the property damage from the protests was. There were some comments supporting this sentiment, but many more comments being like “um, but what about the loss of human life that inspired the protests in the first place?” The original poster doubled down on the “of course I’m not racist” theme and it got messy from there.

But the thing is… how do we know you’re not racist if you never show us? If you never say or do anything to demonstrate your support for dismantling white supremacy, or at the very least acknowledging that it’s done harm?

And I get it… social media is still sorta new enough that we’re all figuring out the rules of engagement. And there are valid reasons to not post social justice stuff 24/7, like if your account is linked with a workplace where posting political stuff is discouraged or whatever, or if you have such stridently racist family members or coworkers that any tiny post on the topic invites a giant conflagration. Burnout and fatigue can also be reasons to back down from these topics (though I’ll note, that’s a major sign of privilege, because the people whose lives are most immediately impacted by white supremacy don’t have the option to tap out for a mental health break).

Maybe you can’t or won’t post much about systemic racism on social media, but you’re actually donating to Black Lives Matter or one of the bail funds. Good for you. I’m not here to judge you.

What I am saying, though, is that utter silence about the oppression of black people while also posting sad feels about property damage is not a good look. If you are not able or willing to demonstrate your outrage about or solidarity with this particular struggle, then sharing views that undermine the value of black lives does not inspire confidence that you care about said black lives. And none of us are psychic, so we can only go on what you put out into the world.

(don’t get me started on why saying “all lives matter” or worse, “blue lives matter,” in this particular context is tone-deaf if not outright harmful or bigoted…ugh, I’ve had that discussion online already but will revisit it here if there’s need for it I guess)

I also get that it is (unfortunately) risky for businesses to appear “too political.” This, too, rests on the false assumption that daily life and business as usual in America are somehow not political, as though we’re not all impacted by politics and laws and history. Social media pages that represent a business must thus tread very carefully in some ways, though again, I would think that a simple affirmation that black lives matter wouldn’t drive off too much business, and good riddance to the people who remain willfully ignorant enough to be offended by that sentiment anyway.

Again, I understand that not everyone’s in a position to be in outright activist mode all the time. Hell, I’ve not been attending the protests in my city even though I want to, in large part because I’m still trying to get Medicaid through my state and given how much police violence there is towards peaceful protesters, I want to be able to seek medical treatment if something were to happen. And I can’t throw tons of money at these causes right now either, because, well, I’m in the ranks of the pandemic unemployed. But I’m signal-boosting and sharing resources, which is a hell of a lot better than doing nothing, and I’m looking/listening for ways to get further involved (was just on a SURJ webinar earlier this week for example; look up a local chapter if you’re white and want to get involved).

Simply stating that you’re appalled by the treatment of black people in America is not, on its own, enough… but it at least signals that you’re aware that it’s bad and you’re not on board with it, which is – sadly – more than some people will ever understand. I still wouldn’t go directly from there to lamenting the loss of property, because while it’s be a bummer to have your business looted or whatever, hey, that’s what insurance is for! Property is replaceable; lives are not.

I’ll end by sharing a few resources and also recognizing that I could very well have put my foot in my mouth here and gotten something wrong; I think it’s important for white people to admit that we’ve been socialized in a white supremacist society, and we will often get things wrong, so we have to be open to admitting mistake, apologizing, and learning to do better in the future (but we can’t just, like, be performative about it, we really have to put in some effort and change).

I like the Anti-Racist Starter Pack for all its resources and the National Museum of African American History & Culture’s guide to talking about race (again, tons of resources, including definitions of the various levels of racism, resources for teachers, and videos on implicit bias).

Finally, I want to acknowledge that I did not reach these conclusions on my own. I am indebted to friends and colleagues who took the time to educate me, suggest reading/research, and so on. If you don’t know where to start, you can watch 13th on Netflix or watch Michelle Alexander’s TED talk (then read her excellent book The New Jim Crow). I’ve also benefited immensely from reading When They Call You a Terrorist by one of the BLM founders Patrisse Cullors with Asha Bandele, So You Want to Talk About Race by Ijeoma Oluo, and White Fragility by Robin DiAngelo. I also really enjoyed and learned from the “Seeing White” season of the Scene On Radio podcast.

I’m only providing links to some of these things because if you’re reading this I assume you can find stuff on your own pretty easily. If you’re able, please support black-owned independent bookstores if you’re intending to purchase any of these titles. 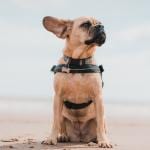 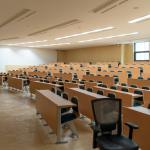 July 21, 2020 Looks Like I'm Back on Campus This Fall
Recent Comments
0 | Leave a Comment
"Dang this happened on another post but it looks like my comment was eaten!I think ..."
Jeana Jorgensen What Is the Point of Academia ..."
"I wrote a whole long response and it seems to have misfired, arg!Anyway, in brief, ..."
Jeana Jorgensen If American Belly Dancers Protested Colonialism ..."
"Ah yes, there are definitely some historical animosities between some of these neighboring groups, as ..."
Jeana Jorgensen If American Belly Dancers Protested Colonialism ..."
"Seems like the nannybot got my comment.Things can get interesting because of past history between ..."
Robert Baden If American Belly Dancers Protested Colonialism ..."
Browse Our Archives
get the latest from
Foxy Folklorist: Folklore, Culture, Sex
Sign up for our newsletter
POPULAR AT PATHEOS Nonreligious
1