If You Feel Broken, Try This Reframe

If You Feel Broken, Try This Reframe July 19, 2017 Jeana Jorgensen

I have been reading and learning about emotional abuse lately, and telling someone they’re broken so that they internalize it is one form it takes.

I write about sexual assault and rape culture and all kinds of violence (often misogynist in nature), but I think emotional abuse also deserves attention. Sometimes it’s overlooked as “less serious” than physical or sexual violence, but the concept of rape culture teaches us that it’s all on a spectrum: that a society that demeans women’s subjecthood and agency in one area likely does so in others too.

One of the forms abuse can take is emotional abuse that degrades a person’s sense of self, whether through yelling, hurtful words, or verbal manipulation/coercion. Gaslighting, or attempting to control or overwrite another person’s reality, is an example of this too. And when the words of the abuser become so ingrained and internalized that the victim or survivor accepts that person’s view of them, that they are broken or fucked up or whatever, it’s problematic for a lot of reasons.

I caught myself thinking at one point “I’m too fucked up to date right now, I don’t want to inflict myself on anyone.” It might be true on some level that I’d be better served working through some issues from past relationships before trying to form new ones… but it’s not because I’m broken. It’s because I’m human, and we’re complex critters.

So instead of thinking “I’m fucked up”or “I’m broken,”  try “I’m still learning about myself.” It’s gentler, and acknowledges that there’s self-work to be done, but it doesn’t put you in the category of something irreparably damaged (which is, again, often a shaming, controlling, or abusive strategy).

I acknowledge that some people find power in reclaiming words that have been using to shame them, but for me, being told I was broken was profoundly disempowering, and so it’s a self-care move to avoid applying that language to myself. It’s a way of handling my tendency to want to always be improving and never be complacent without allowing it to be weaponized and used against me. If I’ve established with myself that I’m not broken, it won’t work when someone else tries to apply that language to me in a hurtful way (hopefully, anyway).

Before concluding this post I want to acknowledge that it’s difficult to write about this topic and this reframe without engaging in victim-blaming language. I’m really trying not to, but I worry that I’ve accidentally slipped into it. Obviously no one is to blame for someone else manipulating or abusing them, and having low self-esteem or thinking negative thoughts about yourself doesn’t cause or invite others to do that to you. Does it potentially make one more susceptible to manipulation if one already holds oneself in low regard, such that the words of an abuser resonates with believed truths about oneself? Maybe. And obviously having high self-esteem is no shield against abuse. It’s tricky stuff. 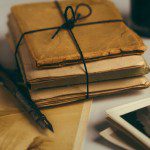 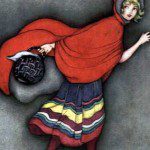 July 20, 2017 #FolkloreThursday: Version vs. Variant
Recent Comments
0 | Leave a Comment
"Depending on what speech and whose speech."
ounbbl The U.S. Has Never 100% Upheld ..."
"Kneeling? Like in a photo people kneeling in front of photo of an ex-convict? BTW ..."
ounbbl It’s Not Free Speech Oppression If ..."
"Mixing medicine and public health with politics and ideology is a great show we have. ..."
ounbbl It’s Not Free Speech Oppression If ..."
"No answer is needed for this cursed gender-confused generation."
ounbbl WTF Is Gender?
Browse Our Archives
get the latest from
Foxy Folklorist: Folklore, Culture, Sex
Sign up for our newsletter
POPULAR AT PATHEOS Nonreligious
1