Bouncing between large- and small-scale evaluations of a culture can be complicated sometimes, but I think it gets less complicated when we reduce the issue to: does the culture under discussion dehumanize roughly half its population, y/n?

As a scholar of culture with training in folklore and anthropology, I’m not really supposed to be judging the cultures I study. And yet, we as scholars are never a neutral presence in society: our presence changes the cultures we study when we’re there for fieldwork, and we can impact those cultures afterward when we present and publish on them. And we most certainly can have an impact if we decide to engage in activism, which has for centuries been a fraught topic for scholars.

We know that cultural values often lag behind present-day circumstances, and that cultural change often is most effective when it comes from inside the culture, not from outsiders with well-meaning if also colonizing intentions. However, does that mean we as scholars should remain silent about the inequality we see? Further, the questions I’ve been asking so far assume scholarly identities that are outside the culture under study; insider-scholars and native-scholars face an entirely different (but still complex) set of questions.

Yet I’m not just a scholar, I’m also a feminist and a teacher. Being a teacher assumes that people can and should change, at least by adding knowledge and skills to their brains, if not also learning about and reassessing values, experiences, and beliefs. And being a feminist obviously has a social justice dimension to it, since I have not only learned about gender-based oppression but also want to challenge it.

These identities of mine – cultural scholar and feminist – obviously come into conflict when I study cultures that have really interesting things going on in them (amazing epics, cool mythology, fantastic fairy tales) that are laudable, and yet most if not all of these cultures also fall short when it comes to granting basic human rights to half the population. And this is a problem for a lot of reasons, but one of those reasons is that I see a lot of celebratory language happening around cultures that have “produced” really cool stuff.

You know what? I don’t care if your culture produces cool stuff if it also produces misogyny, homophobia, transmisogyny, transphobia, and other oppressive structures that hurt women (feel free to swap in any marginalized or oppressed group for “women”: disabled people, people of color, trans people, sex workers, and so on).

So how should we talk about those cultures producing amazing works of literature and art and music that are also shitty towards women?

Well, if the culture is actually shitty towards women, I’m not expecting to see fantastic representation of women in those artistic works. So, should we really be holding up as exemplary works that erase – if not thrive on the disappearance and/or emotional labor of – half the population?

And yes, the imagination is a wonderful thing; most of us are capable of empathizing with people very unlike us, and we can creatively insert ourselves into stories even where there’s no one remotely like us in them. That’s a neat trick many humans can do and I’m not criticizing people for doing it.

But if the conditions of a culture are such that it’s fertile ground for people making awesome creative things, whether in the realms of literature, pop culture, folklore, or whatever else, then it’s very likely that said culture also has the resources to evaluate and fix systemic problems that disproportionately marginalize and oppress certain groups. Like, we’ve got folks imaginative enough to orally compose long-form epic poetry, or dream up innovative space operas? How are we not also able to bend our minds to solving social problems? This is similar to the line of thinking stating that if a business can’t afford to pay its employees minimum wage or better, it really has no cause to remain open.

I’m not, of course, saying that creativity is a waste of time on its own, or that we need all creative-type folks to also have “real” jobs, or whatever. Whimsy and artistry are important. Humans in all cultures play, though play and games and humor look different across societies. Oh, and important side note: obviously culture is not a monolithic thing, and even tradition can be very dynamic. I know things are improving all the time, and sometimes we don’t see the changes happening around us until much later.

I think, at the heart of it, I’m struggling with a question that many people have also pondered: how am I to feel at home in a culture that dehumanizes me and those like me? And if I become a scholar and go off and study other cultures but find some of the same problems replicated there too, then what? How are women to ever feel at home in a patriarchy? (and again, feel free to reiterate this question with other identities: how are black folks to feel at home in a white supremacist culture, disabled people in an ableist culture, and so on)

I know that, for those of us called to activism, Doing The Work means being out in the world trying to make things better, which means being among conflict. Even if we have communities that share our values, we can’t just hole up in them 24/7 for the most part. But there’s also something to be said for modeling another way to do and be, and this is one reason I will always love feminist utopias, ranging from depictions of Themyscira in Wonder Woman to far too many science fiction works to name.

Anyway, I would like to see us stop conflating cool stories with cool cultures, especially if said culture still has oppressive gender politics (hint: it probably does, as do most). Gender-based oppression and violence is usually woven into the fabric of a culture at every level and thus it is practically impossible to disentangle the fun/interesting parts of a culture from the misogynist/dehumanizing parts, so please join me in adding this level of nuance to conversations about culture.

(also? obviously the post title is meant to be snarky; I can’t think of a single scholarly discipline where we rate cultures based on their level of crappiness, unless perhaps you are going some weird Freudian direction with his cloacal theory of birth… look it up, you’re welcome) 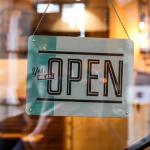 December 24, 2018
Are We Overusing the Term Emotional Labor?
Next Post 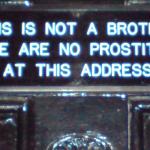