When I started embarking on a path to learn more about sex education & incorporate that into my career, I thought it’d become my haven from academia. I was wrong.

I finished my PhD in 2012 and repeatedly failed on the tenure-track position job market. I tried not to let it get me down, but I also knew I needed some kind of career Plan B. So around 2014 I began learning more about the field of sex education: attending conferences & workshops, doing trainings, networking and making friends. It seemed to be going well.

Unfortunately, I never really made the leap into the field in a full-time or even really part-time, and that’s why I’m thinking of backing off that intention. It’s a weird but necessary shift for a couple of reasons, which I’ll detail here.

First, I suspect I made the mistake of approaching sex education as a scholar through-and-through. I learned a ton about the history of sex education in the U.S., to the point where I developed a college course on the topic (and taught it twice; it was a fantastic success!). I haven’t published any of my academic research on the topic – none of it is all that novel, nor involving original or primary texts – so I haven’t really staked a claim as a scholar, but I definitely learned most things I know about the field from the position of someone studying it, not someone trying to be it. I think that’s a hard habit for me to shake.

I wrote this blog post about combining sex ed with an alt-ac approach in 2016, and observed that in terms of my academic studies, adding a sex ed specialization has been “an eerily good fit, although my progress on the business-building front has also been excruciatingly slow at times.” I haven’t made much progress on the business-building aspect since then, so if I’ve stalled out in 5 years, but have continued to do academic research, publishing, and teaching, that kiiinda tells me where my attention has been at, you know?

Next, based on what I learned about the field, it’s a lot of freelancing and hustle. Which might have worked for me at one point in my life, but I’m terribly burned out and borderline-depressed. My get-up-and-go? It got up and went. I just don’t have it in me to hustle for a job like that, especially when I’m not feeling passionate about it. Some of that is general burnout, yes, but some of is probably also related to how events from the past year (and some fall-out from the emotionally abusive aspects of my marriage) have just made me less interested in sex. How am I supposed to summon the willpower to hustle my way into a new career when the topic it revolves around is one I don’t find terribly engaging?! And yes, the field of sexuality education isn’t just about sex; it also encompasses gender identity and roles, contraception, various intersectional ways of looking at diversity and identity, and so on.

The one exception is trauma: I started learning about trauma at sex ed workshops and have continued to be a student on the subject, and I anticipate staying involved with that topic for a while yet. If you just look at the trauma tag on this blog you’ll see how much research I’ve consumed and how I’ve applied it to my own research, to my teaching, to my understandings of the world around me.

I’ve also noticed the field entering some much-needed conversations about its history to white supremacy and colonialism and ableism, among other harmful forces. I think that’s wonderful, and I’m educating myself on these topics through independent reading and various conversations. But it’s also led me to believe that if I don’t have anything really unique or special to offer (and I can keep directing people to the amazing research on folklore + sexuality without being involved full-time), it might not be a bad thing for me to step back and signal boost the people whose voices have been underrepresented for far too long. I write this not to put myself down or imply that I don’t have anything worth saying, but really, there are already plenty of white, cisgender, nondisabled voices in the community, so I’m not sure if mine needs to be there too (I want to be clear that I’m not trying to dodge accountability, I just don’t think I’ve done enough of anything that it needs to be reevaluated through this lens, and as noted above, I’m continuing to study up on dismantling white supremacy and all that good stuff).

Finally – and this is somewhat vulnerable and painful to write – some of my community organizing efforts led to interactions with others that were, frankly, abusive. One former friend and ally bullied and gaslit me, a lot, and it still hurts. People who had the power to intervene and try to ameliorate the situation just…did nothing. I don’t really intend to get into the details here, but it left me with a bad taste regarding all things sex ed. Others have had traumatic experiences in the community too, so yes, it happens even here, in communities where consent and such are prioritized at least in theory.

So, I’m not really sure what comes next, except that I won’t be renewing my membership to AASECT (the American Association of Sexuality Educators, Counselors, and Therapists). I made so many friends and met so many interesting new colleagues during my foray with whom I hope to stay in touch. In general, though, I guess I will continue to be “that” person in a given friend group or community who knows way more about sex and sexuality topics than the average person, I just won’t be building a career on it. Who knows, maybe a gig will come my way. But I’m not counting on it, and I’m not seeking it out. 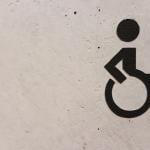 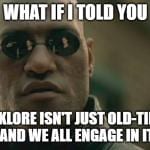 January 30, 2021 Meme This Class
Recent Comments
0 | Leave a Comment
"Dang this happened on another post but it looks like my comment was eaten!I think ..."
Jeana Jorgensen What Is the Point of Academia ..."
"I wrote a whole long response and it seems to have misfired, arg!Anyway, in brief, ..."
Jeana Jorgensen If American Belly Dancers Protested Colonialism ..."
"Ah yes, there are definitely some historical animosities between some of these neighboring groups, as ..."
Jeana Jorgensen If American Belly Dancers Protested Colonialism ..."
"Seems like the nannybot got my comment.Things can get interesting because of past history between ..."
Robert Baden If American Belly Dancers Protested Colonialism ..."
Browse Our Archives
get the latest from
Foxy Folklorist: Folklore, Culture, Sex
Sign up for our newsletter
POPULAR AT PATHEOS Nonreligious
1