Okay, let’s say you have acquired some basic knowledge about sex (no thanks to the efforts of those trying to keep young people in the dark). You’ve probably learned that hard penis and wet vagina = signs of being turned on.*

The fact that youth (and adults) are getting messages that both idealize and normalize arousal concordance (which is the assumption that genital expression guarantees your own experience of pleasure) means that it’s vital to address this issue in sex education materials, for both adults and youth. Because, as Nagoski points out in her book, believing that arousal concordance is universal can have pretty awful consequences for folks who don’t experience it.

Before I go into those, feel free to hop over to Nagoski’s website for this 2-minute video explaining what arousal nonconcordance is (she also goes into the gender gap, mentioning the results of research demonstrating that women experience nonconcordance more than men do).

According to Nagoski, there are some huge problems with how our culture makes arousal concordance the norm: it conflates genital response with being turned on, and it assumes that genital response means you’re enjoying it.

Wait… there’s a difference between being turned on, and enjoying what’s happening? YES. Genital response in both men and women means that your body is like, “hey, this is sexually relevant, better get that blood flow going and those juices pumping.” It has nothing to do with whether your mind is engaged, on board, excited, teased, tantalized, or aroused.

This can lead to tons of problems for people, wherein experiences that are not inherently problematic (getting a boner when you don’t feel aroused; or being in the midst of sexy-times that you’re enjoying, but your body’s not responding “the right way” by showing signs of arousal) are pathologized and made to seem wrong. Nagoski presents a handful of examples in her book, and the ones about women’s experiences really resonated with me, because I’ve experienced arousal nonconcordance and felt ashamed of it. It’s pretty common for women, apparently, but apart from Nagoski and a handful of other sex educators, no one’s getting out the word that there’s nothing wrong with you, you’re not broken, if you experience this. Chalk this up to another way in which our culture doesn’t do a good job of accommodating for how female sexuality is a bit different from male sexuality; overall they’re quite similar, but more women experience nonconcordance than men, but we get shamed for it because cultural understandings are usually predicated on male models.

Additionally, arousal nonconcordance can intersect with and amplify the messages of rape culture, leading to victim-blaming if the person being assaulted has any kind of bodily response. More people are taking the view that when a woman is raped, lubrication can be the body’s way of protecting itself from damage, but if we throw in Nagoski’s work on nonconcordance, we can also state that the body is simply recognizing that there’s something happening that’s sexually relevant, and reacting accordingly. It’s a value-neutral statement, because we’re working to uncouple pleasure (the subjective part of the experience) from arousal (the physiological part of the experience).

Similarly, as Nagoski points out in her book, if a man experiences genital arousal upon seeing a sexual act that he finds repulsive, it’s not evidence that he actually likes or enjoys it. But – thanks again, rape culture! – he might perceive it that way. Nagoski’s anecdote of a male friend who walked in on a guy raping an unconscious woman at a college party, and just left, demonstrates this. The man was too horrified and ashamed at his own experience of arousal, when clearly he was against rape, that he removed himself from the situation instead of intervening. What might’ve happened instead if he’d known about arousal nonconcordance?

(Also, thanks to rape culture, there’s a tendency to view male-on-female rape as the only kind of rape that happens, while actually men can be raped, and women can be the ones raping and assaulting. Just thought I’d mention that. There’s some evidence that male victims of sexual abuse also experience genital arousal during it, so getting out the message of nonconcordance benefits people in these positions, too.)

As a cultural scholar, I know that making information about nonconcordance more widely available might be impeded by cultural lag, or that thing that happens when some parts of a culture change quicker than others. The resulting lag is often noticeable in folklore and expressive culture, since the narratives and beliefs that have become “traditional” stick around as long as they resonate with people, even if people might not fully agree with them (people are complex; who knew?!).

See also: Sex Isn’t Special (But Culture Makes It So)

What can we do? Talk about it. Destigmatize the idea that if your genitals and your mind aren’t on the same page, there’s something wrong with you. Break the association between physical arousal and subjective pleasure. Use your words when you’re with a partner, making sure they know what you perceive as arousing, and that they should go with what you say in addition to – or perhaps instead of – how your body responds. Read Nagoski’s book, if you’re so inclined (I know I loved it; some sections totally blew my mind). Above all, keep advocating for the right of everyone to accurate, shame-free sex ed!

*Among the other problems with the hard penis/wet vagina model of arousal concordance, intersex and trans individuals are made invisible. All the more reason to think expansively about arousal! 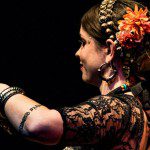 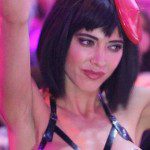