Indiana Continues to Screw Up with Gender and Hurt People

Indiana Continues to Screw Up with Gender and Hurt People September 16, 2016 Jeana Jorgensen

Dear state of Indiana: stop messing up, seriously. It’s 2016 and you can do better than this.

In the latest instance of my state embarassing itself in a completely preventable way, the state of Indiana isn’t allowing a transgender person to change his legal name, causing harassment and lost employment opportunities.

As reported in the Indy Star, the man is not a U.S. citizen, and proof of U.S. citizenship is what’s required for a name change in this state. The man characterizes having a female name on his driver’s license as “embarrassing…and puts me in danger of violence and discrimination.” For example, when pulled over by the police, the officer threatened to arrest the man unless he’d show his “real” ID. Being forced to explain his trans status to potential employers also caused loss of a job opportunity.

This is bullshit – and it is completely preventable. If Indiana’s laws are only geared toward protecting the rights of those who are U.S. citizens, and clearly some of the folks living in and contributing to this state are not, then we have unjust laws which we must change. If the laws have blind spots that don’t protect people with minority gender identities, well, that’s still something we have to change. Simply because a problem affects a minority of citizens rather than a majority doesn’t mean it’s not worth fixing.

In my letter to my state representatives regarding the unfortunate bathroom bills discussed in Indiana, Gender is not a Crime, I remind lawmakers (and others) that gender identity is more complicated than checking one of two boxes. Further, trans and non-binary people are subject to harassment and violence in many ways, and if our laws don’t reflect that fact and offer protections, we’re failing part of our population.

When it’s dangerous to be trans, forcing trans people to out themselves by not allowing documentation changes to their lived gender identity is discriminatory and wrong. Come on, Indiana, you’ve got gender-savvy professionals and scholars like myself as well as any dozen others I could name, so make use of our expertise and come up with better policies! 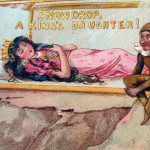 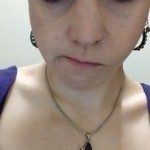 September 17, 2016 Institutional Responses to Rape Culture (aka doing it wrong)
Recent Comments
0 | Leave a Comment
Browse Our Archives
get the latest from
Foxy Folklorist: Folklore, Culture, Sex
Sign up for our newsletter
POPULAR AT PATHEOS Nonreligious
1