Belly dance should definitely be a safe space for its practitioners. But in making it so, who might we be excluding?

In Part 1 of this post, I covered 2 areas (goddess imagery and language about curves/hips/origins) that I’ve noticed can be exclusionary for people who aren’t cis het woman. Here are the rest.

This is an issue with masculine-presenting folks in any primarily feminine-oriented group setting: many women want to feel safe and supported when they’re trying something new with their bodies, and not like they’re being looked at or judged (or worse, perved on). It’s one reason that women’s-only gyms and workout centers have taken off.

The good news is, most people taking a belly dance class are so caught up in their own embodied experience, and whatever awkwardness they’re working through, that they’re not really noticing what other folks are doing. However, I wonder whether the women concerned about being sexualized in someone else’s mind are only worried about men doing it, or aware that there are women attracted to women out there, and possibly in their classes? Would that make it less of a safe space for them?

Similarly, I worry that there’s an assumed feminine camaraderie in the changing spaces we’re given at gigs that presumes heterosexuality. As in, “it’s just us girls here, I don’t mind changing my costume or being in a state of undress in front of other women.” Does that mindset shift if we consider that, statistically speaking, for every 20 or 30 dancers you might have at least 1 who’s not straight?

Again, I don’t think this is an actual problem. Every dance teacher I know is very professional in maintaining a supportive classroom environment, and I don’t know any troupe director who’d tolerate leering behavior in a dressing room, from a person of any gender or sexual orientation.

At some point I saw an image online, of 4 or 5 belly dancers standing with their backs to the camera, wearing beautiful long skirts but nothing else. Their arms were around each other’s backs in a sisterly hug. It was a nice picture. But I wonder: would they have felt just as safe doing that if one of them were a lesbian, or trans? Would that speak to the presentation of the dance they’re promoting?

Mostly, I worry that the cis het folks are erasing the identities of those around them without even realizing it, and that someone who wants to be out (as trans, or bi, or whatever) has more to risk after the assumption of a (cis) (het) women-only “safe space” has become normalized.

Assumed heterosexuality also creeps into belly dance around the notion of the audience – that is, a heterosexual male audience.

Most belly dancers I know are really savvy about reclaiming the dance from the male gaze. We know that it’s fun for us, and that this is the main reason to engage in it (which I find reminiscent of those memes scoffing at people who think women put on makeup solely for attention from men, as though men could tell the difference between all the shades of MAC lipstick we collect).

Still, sometimes it slips out, in the classroom and dressing room: belly dance can be seductive, sometimes, when we want it to be. The assumption that it’s a woman choosing to dance for a men is pretty prevalent here. I wonder what a queering of belly dance would look like, or a belly dance performance where the dancer’s gender is obscured or irrelevant? What of the audience then?

This is a tough one to write about, since there are associations of belly dance with sex work that are damaging because they are that real in people’s minds (I’m thinking of what I’ve read about belly dancing in Egypt, where everyone wants a dancer at their wedding, but no one wants their daughter to become one, since it’s assumed that belly dancers and sex workers are one and the same).

So, I’m not trying to be dismissive of the fact that stereotypes and biases can lead to real harm. Instead, what I want to talk about is how Western dancers distinguish belly dance from “that other” kind of exotic dancing, a.k.a. stripping.

And you know what? Belly dance as an art form IS different from stripping and burlesque. They each have different conventions, though some shared history and some shared movements (e.g. hip circles, though they can be stylized quite differently depending on context). Like, obviously anyone with any dance training can tell the difference between these dance genres…so clearly we’re only worried about offending fellow dancers insofar as we’re worried about them thinking we don’t know better than to present a “too sexy” version of belly dance to the general public, and thus taint our dance form by association.

The problem, then, is not simply wanting to distinguish our dance form from other sexy-ish styles of dance; the problem is in the disdain for sex workers that many belly dancers display while doing so. I’m lumping this into the discussion of belly dance as promoted by/for cishet women because of how so many sex workers are marginalized people: women of color, queer women, trans or non-binary, queer men of color, and so on. When we put down sex workers, we’re putting down people who are vulnerable precisely of how intersectionality assigns value (and lack of value) to folks who are different.

Taking these five concerns together – feminized body parts/origins, goddess imagery, safe spaces, audience assumptions, and whorephobia – I believe it is possible to build a case that belly dance in America is primarily intended for cishet women. But I think we can and should be more inclusive.

Belly dance is a powerful art form, one that speaks to many. I would like to reach even more people with it, and in order to do so we must confront the constricting assumptions we may be unconsciously bringing to the studio and the stage. Whatever your gender identity or expression, your sexual orientation, or your connection to sex work or sexy dancing, you have as much a right to belly dance as I do, or anyone. Yeah, the cultural appropriation angle brings a whole separate debate into the conversation, but I think we do better when we strive to be inclusive, even when that means questioning closely-held assumptions about identity. 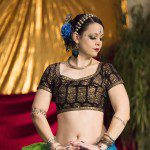 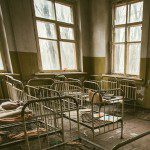 October 25, 2016 "Doing Sad Stuff is Part of Medicine" - On Abortion
Recent Comments
0 | Leave a Comment
Browse Our Archives
get the latest from
Foxy Folklorist: Folklore, Culture, Sex
Sign up for our newsletter
POPULAR AT PATHEOS Nonreligious
1