Is it X-Phobic If You Don’t Want to Have Sex with…?

I’ve been thinking about arousal, desire, and social conditioning lately. I have some thoughts about how all these things shake out to shape individual sexual desires, but before I write that blog post, I want to hear what other people think.

Does a difference exist between “I’m simply not attracted to you/your body/your bits” and “I’ve been socially conditioned to not want people like you” and “I’m actively prejudiced against people like you”? Or do they all bleed into one another at some point, or exist on a spectrum, like with passively unchallenged assumptions but not-actually-nasty behavior existing on one end and actively aggressive stereotyping/avoidance on the other? 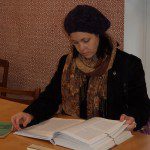 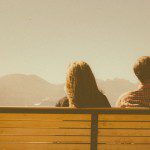 June 21, 2016 Valuing Consent Means Being Ready to Apologize
Recent Comments
0 | Leave a Comment
"Depending on what speech and whose speech."
ounbbl The U.S. Has Never 100% Upheld ..."
"Kneeling? Like in a photo people kneeling in front of photo of an ex-convict? BTW ..."
ounbbl It’s Not Free Speech Oppression If ..."
"Mixing medicine and public health with politics and ideology is a great show we have. ..."
ounbbl It’s Not Free Speech Oppression If ..."
"No answer is needed for this cursed gender-confused generation."
ounbbl WTF Is Gender?
Browse Our Archives
get the latest from
Foxy Folklorist: Folklore, Culture, Sex
Sign up for our newsletter
POPULAR AT PATHEOS Nonreligious
1