When we express affection and convey good wishes, how much does language choice matter? Does it empower or disempower those communicating?

I’ve noticed a lot of people responding on social media with “sending hugs” (which I guess says something about the circles I run in; I don’t hang out with a ton of overtly religious folks).

In terms of folklore genres, I would consider phrases like “sending hugs” and “sending prayers” to be folk speech: informal expressions that have become traditional within a group. And they basically mean the same thing: I’m thinking of you, I hope you’re well/that things improve, I wish I could do something from a distance.

The way I see it, while these phrases can be used interchangeably, they have different connotations. As an atheist I obviously don’t have much use for prayers (whether sent my way or not), though I appreciate the thought behind it. I do think there’s something more… agential?… about wanting to send affection from myself to a person who’s struggling, rather than asking for a deity that may or may not exist to intercede.

Am I the only one who gets this sense? I would expect that the folklore and expressions of a group reflect its worldview, and so I guess it makes sense to assign responsibility and agency accordingly. I know I would rather tell someone that I’m thinking of them and sending affection than recommending them to the whims of a deity that does not, as far as I can tell, answer every prayer sent its way. 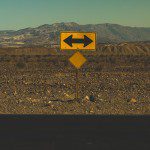 July 2, 2017
Asserting Boundaries Isn't the Same as Shaming Someone
Next Post 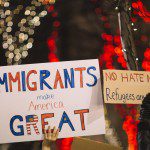 July 4, 2017 Insert Patriotic-Sounding Sentiment Here
Recent Comments
0 | Leave a Comment
"Oddly, my own experience of college as a student was that with a few exceptions, ..."
Jim Jones What Do I Even Write About ..."
"Its what you do that matters not what you say. with that being said freedom ..."
Brianna LaPoint The U.S. Has Never 100% Upheld ..."
"Depending on what speech and whose speech."
ounbbl The U.S. Has Never 100% Upheld ..."
"Kneeling? Like in a photo people kneeling in front of photo of an ex-convict? BTW ..."
ounbbl It’s Not Free Speech Oppression If ..."
Browse Our Archives
get the latest from
Foxy Folklorist: Folklore, Culture, Sex
Sign up for our newsletter
POPULAR AT PATHEOS Nonreligious
1