It’s Not Free Speech Oppression If Your Idea Is Too Crappy to Entertain August 7, 2020 Jeana Jorgensen

I keep seeing COVID-19 deniers and fans of toxic medicines claiming that their free speech is being violated when they’re denied platforms, and… no. Read a history book, or look to folklore studies for illumination.

I delved into the free speech topic a few years ago while I was teaching at UC Berkeley. I made a post about alt-right speaker Milo Yiannapoulos coming to speak on campus, and followed up with a post about how not giving fascists outlets is not oppression. And I wish I didn’t have to keep writing about this, but here we are, and with a folklore slant to boot.

First, I want to be clear: we need to use words to mean what they mean. Freedom of speech basically means the right to form and express opinions without government interference. It is a basic human right, as outlined in Article 19 of the Universal Declaration of Human Rights:

Everyone has the right to freedom of opinion and expression; this right includes freedom to hold opinions without interference and to seek, receive and impart information and ideas through any media and regardless of frontiers.

Obviously different countries interpret this differently; the U.S. is famous for being on the more permissive end of the spectrum with its “all-in, all freedom all the time” approach in the First Amendment which guarantees that Congress shall not prohibit free expression of ideas nor restrict the press from said expression of ideas. However, if you look at this Cornell law school page, you’ll see a bunch of resources clarifying exceptions to the First Amendment: things like various court cases over the years, the definitions of libel and slander, and so on.

So it’s important to note that there are already exceptions to the First Amendment; guaranteed freedom from government interference on free speech matters is not the same as absolute freedom 24/7. And I think this is an important distinction, one that many folks miss in totally unrelated areas too (*cough* like the assertion that wearing masks somehow violates one’s rights, as though commercial establishments aren’t already enforcing their own quite sensible rules like “no shoe, no shirt, no service”  for example *cough*).

At risk of being too snarky: sorry ’bout your Libertarian fantasies of living in a completely unrestrained world where you can act on any whim or fantasy without having to worry about pesky government interference, but that is not just the world we live in. Like, have you heard of the social contract? Doing things for the common good? Sure, having to drive the speed limit and stop at every stop sign can be annoying, but having some rules we all agree to follow is the only way to have enough humans living in shared society without it being complete and utter chaos.

If you want to know what real denial of free speech looks like, we can return to folklore as an example. We study jokes as traditional expressions of humor, and when you study jokes, you’re also often studying everything from psychology to politics. I’m going to copy some points from an earlier blog post I made, quoting research from folklore Elliott Oring’s book Joking Asides: The Theory, Analysis, and Aesthetics of Humor.

To take another example from folklore studies, when Estonia was occupied by the USSR during the Cold War, their most patriotic folk songs were censored. Simply owning the Estonian flag was forbidden (read more about “The Singing Revolution” here, it’s fascinating stuff, and folklore played a huge role in their political activism). So many colonized people have been denied their language, their traditions, their culture. That is what actual oppression of free speech looks like. Do not confuse it with “Twitter or YouTube took down my account.” Do not confuse it with “this college campus disinvited me from speaking there.” It makes you look super uninformed from a historical perspective, though perhaps the imagined “you” in this paragraph does not care about such things.

I heartily agree with Jessica Valenti’s post Not All Opinions Matter where she restates this very basic truth:  “Freedom of speech is not freedom from criticism, and whether your opinion is bad, boring, or brilliant — no one is required to listen to it, or to give you a platform.” Again, this goes back to the very definition of freedom of speech: the government won’t jail you for expressing your opinion, but no one is obligated to promote it either.

No one is owed a national stage for their opinion — no matter how powerful they are, and no matter how many people may believe it right alongside them. And despite protestations from mostly white-male media leadership and conservative pundits, denying someone a platform does not quash their speech, it just declines to elevate it.

We are witnessing actual speech suppression every day: members of the press beaten and arrested and peaceful protesters gassed on American streets. Those are the violations worth fighting.

And so, when I see people bemoaning the “censorship” of various platforms taking down information about, say, how hydroxychloroquine is a COVID-19 cure (which, from what I’ve read of the research, it’s not), I just want to yell at them. But I realize that’s not really conducive to inviting someone to learn more and possibly change their minds in the future, so I don’t. At the very least, however, we can and must insist on a shared definition of freedom of speech, one that is rooted in legal precedents and does not allow the meaning to become so diluted that anyone can claim they’re being oppressed simply because their ideas are too crummy (or dangerous) to merit much engagement.

I have rambled on long enough that I will have to make a follow-up post synthesizing the many excellent ideas about free speech from Ulrich Baer’s book What Snowflakes Get Right: Free Speech, Truth, and Equality on Campus, which, though geared towards discussions of academic freedom, are super relevant here too. So stay tuned! 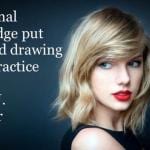 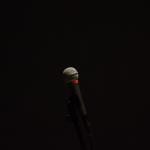