Keep Your Woo Out of My U.

This won’t be as citation-laden as many of my posts on academia are, so please feel free to ask if you’d like references. Mostly, though, I encourage you to sit back and enjoy the rant.

As a scholar, I engage in a lot of qualitative research, ranging from fairy-tale interpretation to studying the numinous in dance. I love me some qualitative research – but even then, I’d like to note that there are methods, theories, and disciplinary frameworks to keep us from wandering off too far into hyper-subjective la-la land.

I really loathe bad scholarship (view one of my rants on the topic here), but obviously that’s a somewhat subjective judgment. I get annoyed when people make erroneous assumptions, such as that everyone is equally knowledgeable about folklore (you’re not), or that all folklorists are good for is writing children’s books (we’re not). Ungrounded assumptions have no place in the academy, in my view.

So, with those two admissions up front, I have to say: I really hate it when stuff that is not empirically, well, anything gets discussed as though it’s valid in an academic context. I am all for personal exploration when it comes to spirituality, religion, and Jungian-type analysis. Hell, I’ve published on Tarot (though I’ll note that it was a historical overview of Tarot iconography in light of feminist spirituality, so, something that can be examined in terms of evidence and theories). I’m not saying that all inward-looking work is useless, or irrelevant, just that I dislike seeing it in a university setting.

Two examples come to mind: the works of Carl Jung and Joseph Campbell, and the practice of Tantra. My folklore mentor, Alan Dundes, had a lot to say about Jung Campbell, but what I’ll point out here is what Jung himself has said: that archetypes are essentially unknowable. I’m sorry, but if something is unknowable, then it cannot be empirically investigated and thus is has no place in academic discourse. Use it all you want in your personal life, but keep it out of my peer-reviewed journals and accredited schools, please. In terms of Tantra, I just. don’t. get. it. I’m not sure if I’m more dumbfounded that anyone believes that there could be an unbroken chain of cultural transmission that’s thousands of years old, or that it’s being promoted within academic settings as something that can be empirically conceptualized and used. I’m all for reaping the benefits of mindfulness, deep breathing, and connecting with people via eye gazing… but why not just call it those things?

Again, I like qualitative research. I think it adds a necessary complement to quantitative research. I love working in the humanities as well as the social sciences. I think art is incredibly important. I recognize that there are subjective components in the classroom, and those are often incredibly important to the student’s overall learning experience. But if there’s not some empirical aspect to what you’re doing, if there’s not some way to replicate the study or teach it or even to use language accurately to define or discuss it, then I don’t want it in official academic discourse.

It’s entirely possible that I’m missing something here, or overlooking some important function that “woo” stuff serves as a complement to the rest of what happens in the university. But mostly I’m annoyed that this stuff gets airtime when it doesn’t really stand up to the same rigor that the rest of what we’re supposed to engage with does.

December 29, 2014
An Open Letter to My Dance Students
Next Post 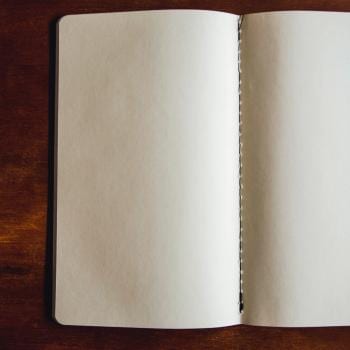 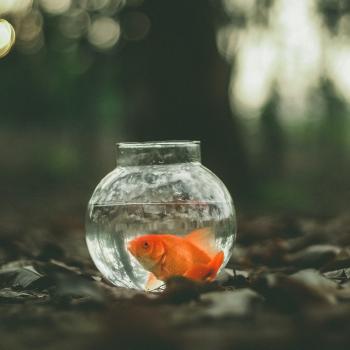 Non-Religious Public Officials Organize For Support, Dialog
This is from the Association of Secular Elected Officials: A new group...
view all Nonreligious blogs
What Are Your Thoughts?leave a comment
Copyright 2008-2020, Patheos. All rights reserved.