This was my first trip to North Africa, and hopefully it won’t be my last, despite how new much of it was to me.

In this 3-part blog post series, I’ll start with that perennially popular Patheos topic, religion, as well as introducing my reasons for traveling to Morocco (and Spain) in the first place. In my next two posts, I’ll cover gender and politics/power, with pretty pictures sprinkled throughout.

At the university where I teach, I’m part of a global studies program. We teach classes that every undergraduate must take, on a variety of topics spanning regional and historical subjects. We also get to go abroad every few years for professional development, so we can bring more to the table for these classes, and the Morocco trip was one of these opportunities. It was especially good timing for me since I’ll be teaching one of these classes on the Middle East and North Africa for the first time in the fall, so I’m desperate for material.

As I’d noted before the trip, I had little idea of what to expect. It was an overwhelmingly positive experience, though, and I am eager to return, especially if I can find a tie-in with my scholarly or activist work. I’v e been to (and lived in Europe), as well as visited India twice, so I’m no stranger to international travel, but this was my first time in a predominantly Muslim country.

Our itinerary had us starting in Marrakech, where we spent a few days, and moving on to Casablanca and Tangier. We had daytrips on a bus, and a tour guide who was with us the entirety of our time in Morocco (which was helpful as few of us spoke Arabic, and from what I understand, the Moroccan dialect of Arabic is pretty distinctive to begin with). Then we went through customs in Septa/Ceuta, officially entering the EU because it’s a Spanish protectorate even though we were still in North Africa. From there, we took a ferry to Málaga, had a daytrip to Granada, and ended in Madrid.

One of the most interesting things about our trip by far was that it happened during Ramadan. In some ways that wasn’t ideal, and in other ways it was perfect. For those who don’t know, Ramadan is one of the major holidays in Islam, lasting a month and entailing reflection, prayer, and daily fasting (this Vox article has a great explanation of it). We knew, going in, that it would be both impolite and inadvisable to eat and drink in public, though we would not be expected to fast. I, for one, had a stash of granola and protein bars ready to go, in case we wouldn’t be able to stop for lunch during the day, so I could discreetly gobble something down to help my blood sugar stay stable (I don’t have any medical conditions to explain why I faint if I don’t eat, but it’s been something I’ve had to deal with all my life).

However, there’s enough of a tourist industry in Morocco that there were plenty of restaurants available for us to eat at in the daytime. We stayed in hotels that offered breakfast even after the sun was up, and the travel group that made our arrangements had most of our lunch stops planned in advance. We either had planned group dinners, or dinners on our own, but by that point if it was after sunset, we had no problems finding local places to eat.

Food turned out to be one of the major points of cultural exchange that informed our experience. We ate a lot of tagine and couscous dishes, and the vegetarians among us mostly did fine. I’m happily omnivorous, and didn’t miss pork products (I eat vegetarian plenty often, so I don’t have a problem with it). Here’s what our first meal in Marrakech looked like.

The other really interesting thing about religion on the trip was that we encountered a lot of evidence of Jewish history in Morocco, even if there don’t seem to be a ton of Jewish people there today. Apparently Jewish people have lived in Morocco since before the time of Islam, and exerted a significant influence on the culture. Jewish neighborhoods were called mellahs, and we saw a few (this is a nice travel article writeup on the topic). However, the population is greatly reduced today, due to post-WWII emigration to other countries. 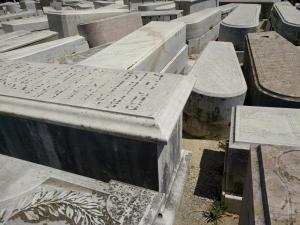 It’s striking how many similarities there are between Jewish and Muslim cultures; the use of the hand symbol for good luck and to ward off the evil eye (alternately called the hamsa, the himsa, and the Hand of Fatima) is just one. I noticed a lot of hand designs in various places.

Oh, and the art and architecture! It was all so beautiful. I’m not a huge architecture person (much to the chagrin of my folklore colleagues who do vernacular architecture, and my dad, who loves a good Green & Green house), but I loved learning about how the construction of homes such as riads reflects the public/private divide that is so important in the Islamic Middle East. Many homes have a courtyard that is entirely enclosed, and even when doors open to the outside there’s a wall blocking the interior from view, due to beliefs about how the intimacy of the private/family sphere should not be visible from the exterior.

Due to how Islam forbids figural/representative art to varying degrees (the Met has a good explanation here), there were lots of inventive and appealing artistic motifs that were more geometrical in nature. I became rather obsessed with beautiful doors and arches, and I’ll post some of my pics here.

We did not get to enter any mosques except for the Hassan II mosque in Casablanca. And here I will give two potentially controversial opinions: first, that I didn’t much care for Casablanca and that the mosque was the main highlight of that stop, and second, that the mosque was more beautiful than most of the famous churches and cathedrals in Europe (and not to brag, I’ve seen most of the major ones), possibly with the exception of the Sagrada Familia in Barcelona because, well, Gaudi. The Hassan II mosque approached what would feel holy to me, as an atheist, far more than most churches or synagogues, though with one exception: the hatched rails meant to protect women’s privacy and keep them out of view felt unnecessarily restrictive to me, though I’ll grant that it’s a facet of my Western feminism.

I have to say, it was pretty surreal for me as an atheist to wake up to the call to prayer some mornings, or hear it echoing eerily through walls during times when I was indoors and not necessarily expecting to hear amplified sound. I do not understand people whose lives are that structured by religion, but then again, they probably don’t understand me either; the important thing is that we can respectfully coexist.

The other main facet of religion has to do with gender, which I’ll discuss more in the next post in this series. Briefly, though, most women we saw wore hijab or head coverings. There was no pressure for us to do so, though we took care to dress somewhat modestly because we were traveling during a holy month and wanted to be respectful (many of the women in my group wore linen pants and dresses or tunics or loose blouses, with very few sleeveless tops, and we frequently had scarves in case we wanted protection from the sun or to provide a bit more coverage).

From what I understand, Islam is premised on women and men being essentially equal. And it brought many freedoms and rights to women that, at the time of the Prophet, were not granted to them. However, in many interpretations of the religion there are also strictly defined gender roles, ones that have far-reaching implications for the ways in which men and women can live their lives, and it’s this topic that I turn to in the next installation of this post. 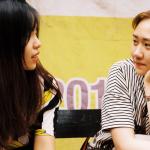 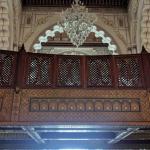 July 24, 2019 Morocco Stories: Part 2
Recent Comments
0 | Leave a Comment
Browse Our Archives
get the latest from
Foxy Folklorist: Folklore, Culture, Sex
Sign up for our newsletter
POPULAR AT PATHEOS Nonreligious
1