The spring semester is over but my brain is still melted from it and the rest of me is burnt out too, so here’s a fun little personal essay I’d submitted elsewhere and that had been rejected (yes, that happens to even the great Dr. Jorgensen). Ruminations on identity and SFF (science fiction/fantasy) follow.

I knew I was a weirdo from a young age. When most young kids played house, my friends and I played therapist, as in: “Now Jeana, why do you think you’re from another dimension and a mutant relative of the Teenage Mutant Ninja Turtles?” Yes, my nine-year-old friends talked like that, but only because I talked like that. I learned early that words and thoughts were contagious, that I could steer both conversations and make-believe play games by insistently using language to create shared realities.

I also learned that books were all I wanted in life (apparently I once tied up my sister, who was five years younger than me, with jump ropes, in an effort to get her to sit still and read; I have no memory of this). But of course, I was a sophisticated reader from an early age, so while in elementary school, I turned up my nose at the My Teacher Is an Alien stuff that was available.

This came to a head in fifth grade, where we were assigned a book report on a different genre every month. And for every book we read that year, a construction paper book spine would be taped up on a shelf to represent our personal reading shelves. I tore through mysteries and biographies, memoirs and plays. Then the assignment came to read and review a science fiction novel. According to my mom, I was normally a very compliant child, but I dug in my heels and refused to read what I assumed was utter trash. My mom took me to one of the bookstores that existed before the super stores, either a B. Dalton or a Crown Books, found a clerk who appeared knowledgeable, and explained that I was an advanced-for-my-age reader who needed to read science fiction for a school assignment.

This bookstore employee, praise her insight, walked us out of the children’s and YA section and into the adult SFF section, and handed me a copy of Anne McCaffrey’s Dragonflight. I was hooked. It had dragons and a strong female protagonist (and even some sex! I knew what that was, having found the “where babies come from” book around the time my sister was born, and was intrigued even as I mentally filed it away under “something to explore later”).

I begged my parents for more McCaffrey books; some we bought, some we found at the library, and some I was able to borrow from a school friend’s mother. From there, I leaped over to reading Mercedes Lackey and Piers Anthony, and I stayed with them throughout middle school and high school, also branching out into the Star Wars novels and YA books by Tamora Pierce. For all that I now shudder to think of the sexism in Anthony’s work and the heteronormativity in McCaffrey’s work, these books helped shape my sense of what SFF is: unabashedly weird, not afraid to combine science fiction and fantasy, featuring outspoken and active female protagonists.

By high school I was ready to start reading the classics. I developed a taste for Ray Bradbury’s short fiction, as I was writing short stories myself. I enjoyed the occasional Heinlein romp, but I found his female characters lacking in brains. And then I tried to get through Asimov’s Foundation trilogy, but gave up halfway through because I only noticed two female characters, and one was a complete ditz, and I found that my ability to suspend disbelief ended where uninterrogated misogynistic and patriarchal assumptions began.

I read The Lord of the Rings and enjoyed a college elective on The Silmarillion (I’m a folklorist, how could I not?). Yet these are not stories that are imprinted on my heart; I recognize their importance as canon, but never saw myself in them. Meanwhile, I fell into works by Jane Yolen, Charles de Lint, and Octavia Butler. I felt a special kinship with Ursula K. Le Guin, meeting her when she lectured at the centennial anniversary of the UC Berkeley’s anthropology program (the “K” in her name stands for Kroeber: she was the daughter of famed anthropologist Alfred Kroeber, another inspiration to me). When I began pursuing fairy-tale studies as one of my academic fields, I read every fairy-tale retelling I could get my hands on: classics like those by Anne Sexton and Angela Carter, and newer works like those by Emma Donoghue, which also bring an explicitly queer lens to the mix, something else I was missing in my youth even though I’d realized I was bisexual/queer by my teen years.

Three years ago, I saw Carmen Maria Machado read “Inventory” from Her Body and Other Parties. I started crying. I couldn’t remember seeing a bisexual, openly sexual protagonist having their experiences centered like that before. I felt seen in a way that rarely happens. Of course I bought the book, and while I’m not wild about every story in it (oddly, my penchant for the weird doesn’t always extend to genres like magic realism or the New Weird), it’s still become imprinted on me as one of the stories where someone like me… just exists.

I keep a list of these stories, those that interrogate gender and sexuality rather than importing shitty patriarchal assumptions, those that don’t slut-shame, those that feature unapologetic bisexual women like me. I reread Catherynne M. Valente’s Palimpsest once a year, because the novel of a sexually transmitted city is a map of my heart. I cherish Nalo Hopkinson’s The Salt Roads, with its intertwined narratives of African Diaspora and outspoken, brave women. I read practically everything by Seanan McGuire, because like me she is a folklorist, and she features so many queer kids trying to find their way home or make a new one.

I count myself lucky that I realized early on that the classics were not written for me, and learned to look elsewhere for authors that count women and queer folk (and other marginalized identities; as the saying goes, if my feminism isn’t intersectional, it’s bullshit) as people worthy of inclusion in stories. I can talk canon with the best of them, since I still pay attention and can put my scholar-brain to work on the topic quite easily, but I am grateful to know that there are others on my path. 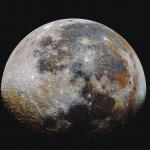 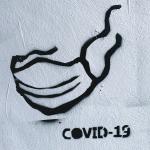