As a folklorist, I encounter a lot of intersections between folklore and sex. One of these intersections occurs in folk narratives, legends, or stories, that circulate within a tradition but also display variation (unlike other types of media, like TV or books, which don’t show variation because they don’t change once they’re published or produced).

I’ve written about urban legends and sex before, but here I’d like to consider another type of legend (or belief tale) from a different time period and culture. I’m going to write about legends from early modern Scandinavian cultures, and how these legends convey important information about gender and sex, breasts and breastmilk, and, of course, witch butter.

At this year’s American Folklore Society meeting, I saw an excellent paper byAmber Rose of the University of Wisconsin titled “The Milk-Stealing Witch: Sexualized Subtext in Scandinavian Legendry.” Rose’s paper discussed the widespread North European legend about witches who steal milk, butter, and other dairy products in light of early modern anxieties about female sexuality.

How do all these things fit together? First, if you’ve never encountered this story tradition before, I’ll give a couple of examples so you know what we’re talking about.

Here are two texts from the classic Scandinavian Folk Belief and Legend edited by Reimund Kvideland and Henning Sehmsdorf:

Kinda strange stories, right? These legends were collected in the mid-to-late 1800s and published in the early 1900s, meaning that they were circulating in oral tradition for a while before they were actually recorded. In fact, Rose drew connections between these verbal legend texts and the paintings of demons and bare-breasted witches in medieval Scandinavian churches, indicating a long-standing tradition on this topic. This legend tradition exists in multiple versions with variations here and there, but common elements include the links between dairy products and blood, the witches being women, and the ministers (who police and punish the actions of witches) being men.

Rose’s paper asserted that the milk-stealing witch is an inversion of the “proper” woman who obtained butter legitimately by churning it and who nourishes with breast milk. She links these legends with constructions of female sexuality and bodies that were contemporary with the Reformation in northern Europe, when in the popular imagination menstrual blood became breast milk, and women’s genitals were inverted male genitals. This scientific and philosophical model was called the one-sex model, and as the early modern period gave way to modernity, it shifted into the two-sex model (men and women were no longer seen as versions of the same sexed body, but rather two separate sexes, with different anatomies and – significantly – different gender and social roles to accompany those distinctive bodies). With social anxieties regarding womanhood and women’s place in society riding high, femininity was more closely policed, leading to popular narratives about unruly women (like witches) that needed to be subjected to order and punishment by authoritative men (like ministers).

In these legends, the witch’s crime was the ability to draw milk from an improper source (the blood of someone else’s property). This is why witches, when caught, are bled to death in these narratives: the punishment must fit the crime. Ill-gotten milk that becomes blood in the witch’s body must similarly be drained or extricated. Folklore is full of this kind of poetic justice, if you recall the various fairy tales in which wicked queens and stepmothers must dance to death in red-hot iron shoes, or are put into barrels full of boiling oil and poisonous snakes.

I think this is another reason why the witches are so harshly punished: they take the product of a lactating breast, meant to be the ultimate nourishment, and pervert it. As I’ve discussed regarding breasts in the Grimms’ fairy tales, breasts often symbolize femininity and motherhood. Witches subvert both ideals, and thus are the ultimate transgressors. I’m barely scratching the surface when it comes to the symbolism of and scholarship on witches, but the long-standing European legend tradition speaks for itself: there’s something going on here, something that runs deep.

Not-so-brief aside: the thing that fascinates me as a sex educator is that breast milk actually does come from blood – just not in the way that the popular imagination once supposed. In a lactating woman’s milk ducts, proteins, sugars, and fats from the surrounding blood vessels are absorbed and transformed into breast milk. But I guess that this is one of those things that isn’t common knowledge, because I only learned about it once I started seeking out sex-ed-specific knowledge and heard it mentioned on a Sex Nerd Sandra podcast (I believe it was on the G-Spot TMI episode, where a similar source for female ejaculate was discussed). When I mentioned this fact to Rose and another colleague in Scandinavian studies, they both had no idea about the relationship between breast milk and blood. It just goes to show that anatomical and popular knowledges about sex, gender, and bodies keep shifting, and don’t always align.

In sum, by looking at legends about witch butter, we see veiled anxieties regarding female sexuality and power lurking under the surface. Like the blood that spurts from innocuous-looking butter, femininity is seen as potentially poisoned and unruly. Folk/popular models of gender and sexuality don’t always line up with scientific/anatomical knowledge about sex and bodies, and looking at these discrepancies – often expressed in folklore – can lead to a better understanding of how cultures value sex and power. 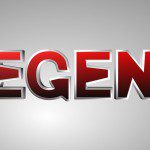 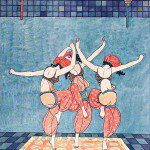 August 5, 2016 The 12 Pillars of Polyamory for Everyone
Recent Comments
0 | Leave a Comment
Browse Our Archives
Follow Us!