On “Woman” as a Category

What makes a woman a woman?

I’m reading My New Gender Workbook by Kate Bornstein right now, and teaching a class on women’s folklore, so I’ve got women and women’s identities on the brain. I’m really interested in the ways in which we construct womanhood and femininity, and which traits get to go in those boxes vs. which are excluded.

We all know that when someone says “I’m not racist, but…” the result is rarely good. I’ve noticed the same to be true for “I’m not sexist, but…” and “I support transgender people, but…” Sometimes, very occasionally, that last mode of speaking leads to an honest question that’s meant to clear up confusion. But it can be rare.

More often, as in recent conversation I’ve participated in and witnessed, it leads to questions along the lines of “…but why do we call transwomen women? Aren’t they missing some fundamental aspects of female experience, like being socialized female and having menstrual cramps and dealing with birth control?”

Gender identity – both how we perceive it ourselves, and how others perceive it and act toward us – is inherently and inextricably connected to other identity categories. If a woman of color is being harassed at work, what percentage of that is because she’s female, and what percentage is because she’s not white? Alternately, if a middle class American Christian woman has experienced few obstacles and challenges in her life, how can we determine how much of that is privilege granted by conforming to a mainstream religion in a certain cultural context (as opposed to living somewhere as a religious minority) and how much is granted by class status? And might she have had a better time of things if she’d been born a man, and a worse time of things if she were a lesbian, and… it goes on and on.

Okay, but what about the biological parts of being a woman? Again, there’s a lot of complexity to unpack here. Pick any trait that’s associated with womanhood, and we can problematize it. I certainly don’t want to be the one to tell women without breasts – whether they’ve had mastectomies, or never really developed to begin with, or any other reason – that they’re not women. Same goes for women who don’t, for whatever reason, menstruate, or don’t have a uterus, or don’t have XX chromosomes. The anatomical category of sex is quite complicated, made up of lots of variables.

Further, as Kat Callahan points out in this excellent essay (which I urge you all to read):

There are two major ways in which a trans woman’s experiences are like a cis woman’s experiences. The first is trans girls’ internalisation and attention to patriarchal messages intended for girls and women…The second reason trans women have more in common with cis women than they do with cis men is that from the moment they in some way announce they are not men, they are treated as not men. Non-men. Unmen. Man is default, and trans women are immediately othered. This may take the form in childhood and adolescence as bullying, either verbal or physical. It may take the form of the microagressions used by family or authority figures. It may take the form during transitioning of references to trans women being ‘failed men’ or ‘bad men’ or ‘men in dresses.’ The most pervasive form it takes is the treatment of trans women as women.

In other words, female socialization and male socialization are not these absolute, unchanging categories; but they’re ideas that are permeable, and non-gender-conforming folks are likely to be paying attention to the messages aimed at more than one category. At the same time, thanks to the rigid ways in which gender categories are constructed, people who transgress one (especially hegemonic masculinity) are often shunted into the other (that is, devalued femininity), and are thus treated to marginalizing tactics that align not-men with women. In her book Whipping Girl, Julia Serano explores the idea that a lot of transphobia, specifically against transwomen, is basically misogyny in another guise.

So, this is why I don’t think asking “why do transwomen get to be considered women?” isn’t the right question to be asking. In a later blog post – this one! – I’ll address some of the ideological concerns that I think are at the heart of this kind of statement.

*Cisgender is generally used to mean someone who identifies with the gender role they were assigned at birth, based on their biological/anatomical sex. See also, Is Calling Someone Cis-Het Derogatory? 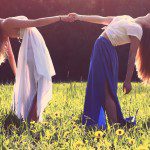 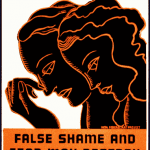