What if an important component of harm reduction – such as reducing teenage drug use – were as simple as providing more creative physical outlets?

I always like to learn about what other cultures do (cultural anthropology background, of course I’m into this sort of thing). So I was fascinated to read this lengthy article examining how Iceland has addressed teen substance use, very successfully at that.

Simply put, they take a harm reduction approach by recognizing that substance use is frequently a response to both internal and contextual cues, and not just flat-out stigmatizing or banning the substances (which rarely works). People using substances often want to change their brain chemistry in the direction of experiencing more pleasure…so what if it were possible to induce a natural high using one’s own brain chemistry rather than substances?

A number of researchers in Iceland have helped implement policies based on evidence that the following factors help teens not get started using substances in the first place: “participation in organised activities – especially sport – three or four times a week, total time spent with parents during the week, feeling cared about at school, and not being outdoors in the late evenings.” Politicians listened, and implemented a number of laws and programs that have drastically cut teenage substance use (alcohol, smoking, and recreational drugs).

Not all of their policies would work everywhere; for instance, I can’t see a youth curfew working in the U.S. However, the role of physical exercise in the program caught my attention, since it seemed to help keep youths busy and also engaged and awash in happy-making chemicals.

I’m also reading The Body Keeps the Score: Brain, Mind, and Body in the Healing of Trauma by Bessel van der Kolk. This passage leapt out at me as relevant:

[T]he body learns to adjust to all sorts of stimuli. We may get hooked on recreational drugs right away because they make us feel so good, but activities like sauna bathing, marathon running, or parachute jumping, which initially cause discomfort and even terror, can ultimately become very enjoyable. This gradual adjustment signals that a new chemical balance has been established within the body, so that marathon runners, say, get a sense of well-being and exhilaration from pushing their bodies to the limit. (32)

I’ve run a marathon, and I don’t really intend to do that again. But for a while in grad school, distance running (more in the vein of 7-13 miles at a time) felt good. I know running’s not for everyone, and I quit in large part because I wanted to spend more time and energy dancing. Yet it makes me wonder: what if we can use physical activities, especially those of a creative or strenuous bent, to acclimate our bodies and brains to a balance of work and pleasure that helps reduce the drive to do less-healthy things?

Obviously it’s possible to take anything too far; I’ve run away from problems in my life by focusing too much on exercising, especially dancing, in the past (though I still maintain that dancing has saved my life, more than once). And staying within a harm reduction stance means recognizing that few activities are neutral and confer only benefits; we have to weigh the costs, and decide whether something that nudges us in a healthier direction that still has problems is worth it. I might exhaust myself physically from dancing too much, but knowing I need to stay fairly sober to dance might be what’s keeping me from drowning my sorrows in a stereotypically maudlin fashion with wine in difficult times.

Anyway, this is what’s rattling around in my brain right now. The start of the semester has been a bit rough on me, but dancing is helping, as are other physical activities like yoga, walking, and rock climbing. I hesitate to be too one-size-fits-all or prescriptive, but between the Iceland approach and the van der Kolk snippet, maybe there’s something to using physical activity to address other problems in one’s life? 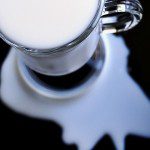 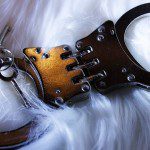