I wish I could say that I was shocked by the Christian pastor who cited the Bible as justification for why the Orlando massacre was a good thing. But I’m not.

As my fellow Patheos Atheist blogger Hemant Mehta has documented, a Christian pastor celebrated the deaths at the Orlando massacre by saying that gay people deserve to die (it’s in Leviticus, dontcha know), and that now there are fewer pedophiles in the world. Read the transcript of the (hate) speech here.

I have other things to say about Orlando, but for now, I’m cranky about how this response plays into a pattern we see in folklore/culture of the religious right: victim-blaming, justification of violence, and epistemologically wrapping up man-made violence or acts of nature into some kind of tidily packaged religious worldview. I mean, this is straight-up Pat Robertson-style bullshit, like blaming Hurricane Katrina on abortion or implying that gay folks will bring about meteors.

Yes, I know the shooter was Muslim, thanks to the statement from the Woodhull Freedom Foundation that I saw early on. The Muslim responses I’ve seen have been compassionate. I understand that there are Muslims working to address homophobia within their communities, and that Islamophobia has led to triple the attacks against American Muslims in recent years.

But the Christian religious right is what dominates the public conversation in America. It is what has gathered voters and spawned pro-gun policies and directed funding on both federal and local levels. So when I see even mild forms of the Christian right acting out against gender and sexual minorities – like sending men into the restrooms at Target in “protest” or upholding the existence of binary gender because your God says so (contrary to what every doctor knows) – I get upset, because it all ties together. Denying a group basic humanity, and staging even nonviolent protests against them, is one end of the spectrum of dehumanization. And at the other end lies violence, genocide, obliteration.

So if you have ever uttered or endorsed a statement about how gay people or trans people or lesbians or asexuals or bisexuals are “wrong” or “evil” or “immoral,” I want you to think very carefully about the cultural environment your words are helping create. I want you to think about the tradition in which your words participate, and which you’re helping perpetuate (because it’s apparently trendy to cite Leviticus as a reason to hate gay people and wish for their deaths, even though in my rudimentary understanding Christ’s coming made the Old Testament no longer apply to Christians or something like that?).

I got some pushback for this post, which I’m still working to incorporate/do better on, but I think it’s timely to reiterate: if you’re for policies that discriminate against trans or gay people, you should be ashamed to call yourself a Christian. Those policies do nothing but perpetuate the right-wing mentality that links fear of a group to justifiable violence against that group.

If you can’t be bothered to think about the impact that your rhetoric has on others, you should step down from your media platform. I’m sick of seeing people from a religion that supposedly endorses loving thy neighbor endorse and justify violence. 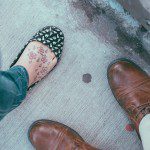 June 12, 2016
Good Intentions Are Not a Magic Wand
Next Post 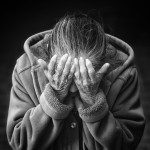 June 14, 2016 The Impact of Sexist Microaggressions
Recent Comments
0 | Leave a Comment
Browse Our Archives
get the latest updates from
Foxy Folklorist: Folklore, Culture, Sex
and the Patheos
Nonreligious
Channel
POPULAR AT PATHEOS Nonreligious
1