While I don’t have the background in ancient religious history to debate that statement, I will say this: sex toys have medical uses, and it’s important not to lose sight of that fact in the furor over this issue.

Other medical issues are treated with dilators as well; the site Vaginismus.com lists a number of “post-surgical recovery programs and conditions such as dyspareunia, vaginal narrowing, vaginal agenesis, vaginal atrophy, age related problems/changes, reconditioning the vagina after long periods of no sex, and other similar gynecological issues.” Some medical centers recommend them for post-menopausal women who experience painful vaginal tightness.

In intersex people (those whose bodies do not conform precisely to dualistic definitions of male/female anatomy; it’s estimated that 1-2 out of 1,000 births do not fit the medical standard of binary anatomical conformity), certain conditions lead to incompletely developed vaginas. Dilator therapy is an option for those wishing to normalize their vaginas without (or before) attempting surgery.

Additionally, though this isn’t likely to win any friends among conservatives or bigots, some trans women use a dilator after a vaginoplasty to maintain the structures of their vaginas. 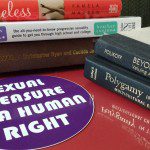 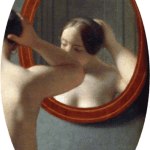