The weird thing about racism in a surveillance state is that we have more visual evidence of it than ever before. But somehow, that makes it easier to ignore.

As I noted in If You Can Understand Fantasy Football, You Can Understand Systemic Racism, “I get that it’s not a fun thing to acknowledge that you benefit from a racist system, but you’d think people using statistics in other areas of life would be open to seeing them extend to this very crucial arena too.”

But it’s not just statistics that matter. American culture has been visually oriented for decades if not longer, as Alan Dundes noted in his 1980 essay “Seeing Is Believing.” Deriving his data primarily from American folk speech, Dundes asserts that Americans are conditioned to view (see what I did there?) sight and vision as the most important of the senses, the most likely to confer knowledge, understanding, and wisdom. He observes:

American culture is pronouncedly concerned with empiricism, and this empiricism is explicitly visual. (87)

Dundes gives multiple examples, and I find his argument pretty convincing. So if seeing is believing for many Americans, and we demand visual evidence thanks to the cognitive bias this worldview imparts…what the hell does it mean that we’re confronted with increasing amounts of visual evidence of racism, but many of us refuse to acknowledge that we live in a profoundly racist society?

Damien Williams, my philosophy colleague and friend, has some insights to offer. In Cops, Drones, and the Fundamentally Inhuman Status of Minority, he writes

He quotes Sara Ahmed, whose work I apparently need to read, as saying:

[S]ome bodies are ‘in an instant’ judged as suspicious, or as dangerous, as objects to be feared, a judgment that can have lethal consequences. There can be nothing more dangerous to a body than the social agreement that that body is dangerous.

That instantaneous judgment? Is often visual. And as our access to technology grows, our ability to convey visual experiences, from the local to the global, also grows. We only retain partial control of our own images, for better or worse.

And yet, as Damien notes, “The surveillance state has not made us any safer, it’s simply caused us to be confronted with the horror of our brutality.” This is because “black bodies are seen as inherently dangerous and inhuman.”

Vision and surveillance, here, are double-edged blades: we have more visual evidence than ever before of racism at work…and yet we face such vitriolic resistance to acknowledging racism. Damien’s post lists bunches of instances, so I won’t, but I’ll note that as I’m writing this post, the news is breaking about Charles Kinsey, the African-American therapist who was shot by police while helping his charge. It was documented. Does that change anything?

I suspect that the underlying conceptual categories governing how we perceive race, bodies, and violence are so deeply ingrained that they will need more than visual evidence – no matter how much we prioritize vision in America – before they can change. We might be in the realm of cognitive bias, or epistemological truths so fiercely held as to feel essential to one’s being. Threats to hierarchy are scary, even when one’s privilege is only a partial shield against the damning tides of neoliberal capitalism. I can only hope that the democratizing impulse of technology, the ability to see and be seen more than ever before, helps us combat the reassuring but ultimately dehumanizing messages coming from an increasingly surveillance-oriented state.

That, and open dialogue and education. Always education. 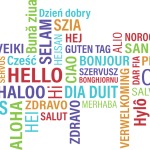 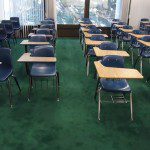 July 30, 2016 When Teens Talk Back
Recent Comments
0 | Leave a Comment
Browse Our Archives
get the latest from
Foxy Folklorist: Folklore, Culture, Sex
Sign up for our newsletter
POPULAR AT PATHEOS Nonreligious
1