Among sexuality scholars as well as practitioners, there’s an ongoing debate about how to identity various lifestyles and subcultures. Here’s a glimpse.

While I was at Woodhull in 2016, I recall a fellow blogger leaning over to me during a lecture to continue a passionate exchange that’d started on Twitter about relationship terms and categories. She’d noticed, and I’d corroborated, that people tended to use “poly” – short for polyamory (noun) or polyamorous (adjective) – as a catch-all term for various flavors of non-monogamy.

First, as scholars, educators, and advocates, we strive for terminological precision. If you can’t define the thing you want to study or the community you want to serve, how can you do your job in the first place?

Second, due to the nature of stereotype and stigma, there are very real consequences for how we identify members of alternative sexuality communities. If you’ve ever heard someone refer to “swingers” or “gays” with a disdainful tone in their voice, you’ve experienced the mild end of this. Prejudice gets bad enough that alt-sex folks are denied custody, fired from their jobs, and so on.

Finally, it’s important to clear up misunderstandings around the various sexuality and relationship subcultures because they all have their own norms and conventions. Whether you’re studying them or frolicking with them, labels help us navigate expectations around etiquette, storytelling, and values.

I’m seeing a push to use CNM – Consensual Non-Monogamy – as an inclusive, catch-all term recently, and I think there’s something to it. CNM refers to any relationship structure outside lifelong (heterosexual, marital, procreative) monogamy. Polyamory is a subset of CNM practices with an emphasis on forming multiple emotionally connected relationships.

There are other forms that CNM takes, of course, such as swinging, kink/BDSM, don’t-ask-don’t-tell arrangements, sex work, and so on. To single out poly and make it representative is thus misleading. (I should also note that non-consensual non-monogamy happens plenty too, such as cheating, but that’s usually discussed separately)

This chart shows the many overlapping communities and practices that make up non-monogamy. It’s a diverse sexual world, and we need accurate terms to help us map it.

See also: The 12 Pillars of Polyamory for Everyone

I’ve also heard concerns about using “poly” as shorthand for “polyamory” because “poly” also gets used to refer to indigenous Polynesian identities (example here). This is where taking an intersectional approach becomes useful: it behooves us to be aware that even when discussing sexuality practices in mostly-affluent Western communities, nationality and ethnicity remain integral components of identity.

For all these reasons, I’m trying to be clearer in my speaking and writing. I strive to use CNM as the umbrella term for a variety of consensual non-monogamous practices, and to use poly or polyamorous only where relevant to that subset of CNM practitioners who prioritize the possibility of multiple emotional relationships. 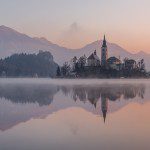 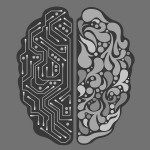 June 17, 2017 Sex Research and Stalking
Recent Comments
0 | Leave a Comment
Browse Our Archives
get the latest from
Foxy Folklorist: Folklore, Culture, Sex
Sign up for our newsletter
POPULAR AT PATHEOS Nonreligious
1