Sex Is Not Contagious (Part 1)

One of the biggest anxieties around sex education is the fear that if kids learn about sex, they’ll want to DO it. But guess what: sex is not a virus that takes over your system once you’re exposed to it and forces you to perform perverse acts.

I cannot think of a single subject in school where there is mass hysteria about young people learning a thing and then supposedly being compelled to enact the thing… except for sex education.

As I’ve written in my Case for Sex Ed series, teaching sex ed is not the same thing as encouraging people to have sex. I wrote:

Kids learn all kinds of things at school, and it’s pretty much only in the realm of sex education that people freak out about kids wanting to reenact what’s been presented in the classroom. Do parents wig out about their kids wanting to enact historically-inspired rebellions, or wanting to suddenly inject mathematical equations into every dinner conversation? Do they worry about their kids suddenly speaking in iambic pentameter? Yes, those are silly examples, but surely there are other dangerous things that kids learn at school – physics and chemistry among them – that aren’t seen as being quite so threatening as sex education.

So much of the point of school education is to prepare kids and young adults for life, and somehow we manage to frame this as appropriate for a multitude of subjects (literature, math, science, history) with the exception of those subjects pertaining to the human body, its procreative/pleasurable anatomy and functions, and topics such as relationships and gender identity. This is – I argue – largely due to a deep fear that simply being exposed to sex will have a contagious effect, functionally infecting the exposed to an uncontrollable surge of desire that simply must be consummated.

What many folks don’t seem to realize is that even for populations seen as more vulnerable and impressionable, most people can be exposed to sex, maybe even be aroused, and manage their own responses and act accordingly. It’s a skill, one we must learn and practice, and to rely on a contagion model of sexuality is to deny people the opportunity to learn how to self-regulate.

I’ve seen a lot of different models of arousal in my studies, and the best ones acknowledge that desire is often nonconcordant, meaning that what the body sends arousal signals for, and what the brain acknowledges as sexy, are often different things. Further, most people exist on a spectrum from responsive to spontaneous desire, which again, is normal.

Again, all of this adds up to the fact that arousal happens in different (albeit patterned) ways for different people, and most of us respond in situation-appropriate ways. Sex is not a drug or a virus that suddenly makes aroused people incapable of rational thought; if anything, cultural conditioning (such as hegemonic masculinity telling men that their desire always deserves immediate gratification) and context are important factors here.

I’m not aware of any studies showing that being exposed to ideas or images of sex creates UNCONTROLLABLE URGES THAT MUST BE SATISFIED NOW, OR ELSE the way some people (many of them religious conservatives) seem to frame the topic. Sex is not contagious, and we need to stop treating it that way, by quarantining images of it, by restricting access to accurate sex education, and so on. I’m sure you can fill in the list with examples of the ways in which sex is marginalized because it’s seen as contagious, one outbreak away from tallying the fall of civilization as we know it.

January 2, 2019
The Impact of the American Plan
Next Post 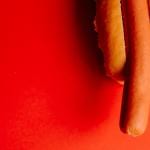 January 22, 2019 Sex Is Not Contagious (Part 2)
Recent Comments
0 | Leave a Comment
Browse Our Archives
get the latest from
Foxy Folklorist: Folklore, Culture, Sex
Sign up for our newsletter
POPULAR AT PATHEOS Nonreligious
1