Sex Is Not Contagious (Part 2)

Sexual arousal does not leap from person to person like a virus, duh. But what if what many conservatives actually fear is not physical, but rather moral, contagion?

In Part 1 of this post I presented some science and some ruminations about how we know that sex is not contagious: simply being exposed to sexual phenomena does not grab hold of a person and make them commit unspeakable acts. Current Western models of masculinity may make it seem as though men are continually in the grips of unbeatable arousal – I rather like the blog post calling this the “myth of the boner werewolf” – but in reality, most people can feel aroused and simultaneously assert “nope, not a good time for this” and carry on being adults.

What might actually be happening here, when religious conservatives and others condemn sex education as immoral, and the mere existence of queer people as evil, is instead an implicit insistence that sex is morally contaminating, rather than being physically contagious. However, this is a tricky thread to draw out, because they might use the physically-oriented language of arousal: boys will be boys and all that nonsense.

In a post at MySexProfessor.com I label this sort of moral contamination the adjacency effect:

[T]he process by which stigma, pollution, and taint are assumed to insidiously creep from one part of a person’s identity to another, making the whole person immoral and not someone you want teaching your children, running your government, existing in the same community as you.

Folklorists and anthropologists call this process of things-affecting-nearby-things sympathetic magic, based on the scholarship of Sir James Frazer (a brief abstract of his major work on sympathetic magic, The Golden Bough, is available here). “Sympathetic magic” is just the scholarly term for the belief mechanism; it doesn’t mean you literally believe in magic (although, given that some churches teach that demonic possession is a thing, I don’t see how magic could be that far off).

In other words, what many religious conservatives seem to believe about sex is that it’s a contaminant both morally and physically. This belief doesn’t even get applied logically, because even if that were the case, sex education classes could teach in detail about heterosexual, monogamous, married, procreative sex… and while those kinds of sex do get prioritized in the sex ed classroom, it’s still taboo to go into any useful amount of detail about them. So rather than “infecting” young adults with the right ideas, policy makers and parents are choosing to keep young adults ignorant about the workings of their own bodies and the real damage STI stigma does, among other things.

But here’s the thing: sex is just another human activity. It’s not inherently moral or immoral, good or bad, ethical or unethical. Having casual sex doesn’t make you a bad person, nor does engaging in sex work. And the insistence by adults who should know better – who should have the critical thinking skills to understand that being exposed to different ideas about sex doesn’t infect your brain and convert you to the dark side or demon worship or whatever – that sex is contagious is just silly.

At the same time, yes, I get it: sex can lead to a special kind of intimacy. It can have a powerful effect on people. Good sex can be ecstatic, and bad sex or sexual assault can really mess you up. Sexual trauma is widespread and difficult to heal from. However, the way to address these issues is not to cordon off sex into “special-and-mostly-bad-things” land, but rather to have more informed discussion about it: informed by science, by feminism, by the cultural insights afforded by taking historical and anthropological perspectives. Heck, bring in religion too if that’s your deal, but don’t use that as an excuse to assert false things about sex and sexuality.

To sum up: learning, thinking, or knowing about sex will not contaminate you morally, or whatever. Learning about sex is just another way of learning about the amazingly diverse world we live in… and perhaps that is one of the problems many conservatives seem to have with sex education and also with the existence of us queer folks. That’s their problem, and one I wish they would stop projecting onto the rest of us given that universal, medically accurate, inclusive sex education is a universal human right and we should start treating it like one. 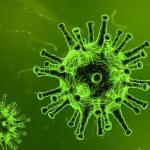 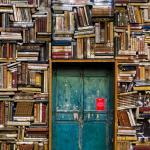 March 12, 2019 Teaching is a Beautiful Mess
Recent Comments
0 | Leave a Comment
Browse Our Archives
get the latest from
Foxy Folklorist: Folklore, Culture, Sex
Sign up for our newsletter
POPULAR AT PATHEOS Nonreligious
1