Sex Isn’t Special (But Culture Makes It So)

As a cultural constructionist, I believe that nothing humans do has an inherent meaning attached to it: culture provides the palate of meanings to choose from, and individuals choose according to a variety of factors in their lives.

This is nowhere more true than sex. Sex has biological facets and consequences, but culture makes sex have meaning; sex isn’t inherently any more special or meaningful than any other human activity. And yet, people tend to treat sex as though it inhabits some uniquely set-apart realm of human experience, a law unto itself.

When something happens in a relationship between humans that is sexual (rather than a professional or other kind of relationship), the fact that sex is involved doesn’t make it unique or special. You’re either being ethical and paying attention to consent and health concerns, or you’re not. Sex being involved doesn’t excuse actions or behaviors that would elsewhere be seen as unethical, reprehensible, or generally shady. This is why we point out parallels between saying someone was “asking for it” in a sexual assault and “asking for it” in a robbery – to highlight the inconsistency in the same rhetoric being applied to abusive/exploitative situations, but where only one is culturally legible (as in this amusing video on Huffington Post). Thanks for that, rape culture.

On the flip side, just because something involves sex, that something doesn’t automatically become unethical or reprehensible. As I point out in my Sexually Active ≠ Unprincipled post, people do lots of things with their sex lives outside the norm, but those things don’t automatically make them irresponsible deviants who should be thrown into jail or reparative therapy.

Unfortunately, even scientists aren’t immune to the “specialness of sex” aura. Dr. Emily Nagoski points out in her book Come As You Are: The Surprising New Science That Will Transform Your Sex Life that the human nervous system functions on a dual control model: a set of gas pedals and brake pedals that complement one another. This includes sexual arousal (check out a comic explaining how the dual control model applies to sex here). However, until about 15 years ago, scientists were still struggling to come up with an accurate model of sexual arousal…and only eventually did they think “hey, maybe sexual arousal works the same exact way that the rest of the human excitation systems work.” As Nagoski concludes, this was an embarrassingly obvious conclusion at which to belatedly arrive.

I also maintain that while you may not agree with everything in Sex at Dawn (which I reviewed here), the authors make the excellent point that sexual norms and cultural norms are inextricable from one another, and this includes how we interpret historical and scientific findings. There’s a good chance that humans didn’t evolve in completely monogamous settings, though social pair-bonding has probably been around in one form or another fairly consistently, and yet this remains a pretty taboo topic because, again, adding sex to the topic means we have to treat it as very very special.

And I’m not saying that sex can’t be or isn’t special to people. I get that it’s a unique way to express your love, affection, commitment, and even spirituality to some. I’m simply stating that none of those things belong uniquely to sexual expression, and that we might not even have these associations if culture didn’t imbue us with them.

Unfortunately, my attitude about it not making sense to consider sex apart from the rest of the human realm puts me at odds with many points made by monotheistic religions, which tend to associate sex with procreation and with very specific types of arrangements: heterosexual, monogamous, and so on. I don’t think sex is special because it’s a mandate from God or any given holy book; I think sex is special when consenting adults engage in it for reasons that make it special to them, and I hope that they’re doing so in ways that are in congruence with their own value systems, not simply because culture handed them a set of predetermined values and said “This is the only way to be sexual.”

In the end, there are as many ways to be sexual as there are humans on the planet. So long as we’re encouraging people to pursue the most ethical, consensual, and healthy ways to be sexual, does the cultural insistence on barricading sex in its own special container really need to exist? 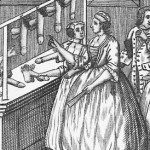