One of my plans for this blog is to explore in-depth the relationships between religion, culture, and sex positivity/negativity. So I thought I’d share this post from my sex ed blog defining sex positivity to lay some of the groundwork. I’ve also got a post here at Patheos about sex positivity in folklore (or lack thereof).

As a sex educator and someone who generally spends a lot of time thinking, reading, talking, and teaching about sex, I frequently use the term “sex positivity.” However, I’m starting to use it outside sex ed circles, like when I go to folklore conferences, so I thought maybe I should provide a working definition.

There’s some contention in feminist and sex ed circles about how precisely to define sex positivity. I prefer a definition like that of sex educator Charlie Glickman, who defines it as “the view that the only relevant measure of a sexual act, practice, or experience is the consent, pleasure, and well-being of the people engaged in it or the people affected by it”. It doesn’t matter how much sex or what kind of sex you’re having, or if it’s none at all, so long as it’s consensual and healthy.

Of course, some folks worry that being sex positive means that you’ll automatically endorse any and all sexual behavior, which could be dangerous or demeaning or something like that. It’s obvious in my mind that sex positivity has to be rooted in consent, and that includes the option of opting out of any kind of sexual behavior that doesn’t appeal to you personally. But then you can’t go telling others that they don’t have the right to engage in it!

You might infer from the polarity in the term itself that sex positivity exists in a dichotomy with its opposite, sex negativity. You’d be right. Contemporary American culture is incredibly sex negative, for all that we see sex all the time. I’m partway through Dr. Marty Klein’s thoroughly researched America’s War on Sex, which goes into this phenomenon in great detail.

So, yes, sex positivity is an oppositional movement. We have to be continually asserting that sex can be part of a healthy balanced diet, that it’s an important part of our humanity, that it’s a universal human right. The alternative is letting someone else determine what sexuality can and should be, and no offense, but we humans (and especially we Americans) don’t exactly have a great track record there.

Your sex positivity might not look exactly like mine, and that’s okay. What’s important is that we’re having dialogue on this topic, and encouraging people to seek out the healthiest, most consent-based expressions of sexuality that they can. If we all made that a goal, I think everyone would benefit.

Want another view of sex positivity? Check out this comic on Everyday Feminism, which emphasizes inclusivity.

Originally posted on my blog, Sex Ed with Dr. Jeana. 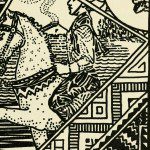 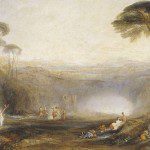 April 21, 2016 #FolkloreThursday: Sympathetic Magic
Recent Comments
0 | Leave a Comment
Browse Our Archives
get the latest from
Foxy Folklorist: Folklore, Culture, Sex
Sign up for our newsletter
POPULAR AT PATHEOS Nonreligious
1