We’ve all heard of births gone bad, but who would think to associate giving birth with trauma happening on a much broader population level? At Woodhull, I learned that this is precisely what’s happening in the U.S. today.

As promised in my Woodhull’s Sexual Freedom Summit 2016 recap, I’ll be summarizing a handful of my favorite sessions, with my observations and some additional links thrown in. This first one is Sexual Trauma in Modern Maternity Care – Prevalence, Prevention, Support presented by Vera Levitt Casey and Nina Hartley. If you want to see the panel as reported on Twitter, search for the hashtage #sfsMaternity.

Content note: discussions of traumatic experiences including surgical interventions performed (sometimes non-consensually) on birthing mothers. Some but not a lot of graphic detail.

Let’s recall that trauma is an overwhelming experience that exceeds the person’s ability to handle and process it. In the panel, Vera pointed out that the DSM used to contain (but no longer does) the criteria that it trauma also contains a response involving fear, helplessness, and horror. She noted that these subjective components are trauma are present in many birth experiences.

What kinds of traumatic birth experiences are we talking about?

I want to make one thing clear: the presenters are not anti-medicine, anti-hospital, or anti-science. If anything, their perspective is firmly rooted in empirical data, since they had a number of statistics about birth in the U.S. and elsewhere to back up their points. Medicine, it’s important to remember, is a social as well as scientific phenomenon. As a cultural scholar, I firmly believe that science as practiced by humans is a cultural phenomenon, and thus we need to bring our cultural tools to bear on it. That’s one reason I’d urge people who are interested in the topic to read Robbie Davis Floyd’s classic essay “The Technocratic Model of Birth.” Based on interview data, Davis Floyd theorizes contemporary American birth as rite of passage into a technophilic society. While there have been some changes to birthing technologies (and hence experiences) in the intervening couple decades since the article was first researched and published, many of Davis Floyd’s points still stand, especially about the birthing experience NOT centralizing the mother’s experience of the event.

In fact, in many cases the scientific evidence is stacking up against technological interventions. As Alice Dreger points out:

“if you look at scientific studies of birth, you find over and over again that many technological interventions increase risk to the mother and child rather than decreasing it. But most birthing women don’t seem to know this, even if their obstetricians do.”

Walking around before delivery and giving birth in a squatting position often result in better outcomes for low-risk pregnancies, and yet 76% of women are confined to bed during labor (the only reason to do this is if there’s an epidural in). 92% of U.S. women give birth in the legs-raised-in-stirrups position (lithotomy), which is essentially like pushing uphill over a speed bump, but it’s the standard because it gives the doctor good visual access. Not eating or drinking in labor is advice from decades ago, when it was needed in case of an emergency C-section, and yet doctors and nurses still stringently enforce it.

The C-section rates alone in the U.S. are troubling because they’re so medically counter-indicated in cases of a low-risk birth. In the U.S. 33% of women have surgical births, while the WHO says that rate should be under 10%. What’s one indication that our rates are arbitrarily high, and linked to factors other than maternal outcomes? The fact that the highest number of inductions and C-sections occur right before weekends and holidays. Surely babies don’t care about what day of the week it is!

Episiotomies are another major issue. According to a 2006 study, 76% of women said they had that surgical intervention forced on them (where one or more incisions are made in the vaginal opening to prevent or control tearing that might naturally occur when the baby emerges). In some cases, yes, an episiotomy is medically necessary. Vera related one case where the mother’s vaginal skin was stretched and beginning to tear…up toward the clitoris. The mother was given the chance to give informed consent, since, duh, that’s a case when someone would have to make an incision on her body. She chose to have the physician make a cut to direct the tearing lower instead of higher. But if she’d chosen otherwise, her choice would have been respected, because that’s how informed consent should work in medicine.

During my fury of tweets at this session, someone linked me to Dr. Jen Gunter’s blog post, What we can learn from Jehovah’s Witnesses about obstetrical violence and autonomy during pregnancy. As she so poignantly argues:

There was a UK review of 15 fetal deaths due to home deliveries. Thirteen were high risk that should never have been delivered at home, yet the women chose to deliver there because they feared interventions. The midwives knew they were high risk and didn’t want to abandon them. Has it come to this that high risk women have to hide out at home and risk fetal death? We don’t ask Jehovah’s Witnesses not to bother to coming to the emergency department if they are hemorrhaging, we ask them to come to the hospital and then we do our best to give them care within the boundaries of their wishes. Why can we not use that model in obstetrics?  Women get choices with their bodies, whether we agree with them or not doesn’t matter. I often don’t agree with my patients’ choices and that’s okay because they are not my choices.

A medical and legal model that presents the patient with negative consequences when they make different choices is, on a basic level, coercive. And when we have a society that is supposed to value an adult’s ability to give informed consent for bodily invasive procedures, and it gets yanked away in a fashion that’s also counter-indicated by empirical science, we have a problem. I know that this is murky territory for a number of reasons, e.g., I do think we need to stay on top of getting pretty much everyone vaccinated. But that’s more of a public health issue than how and where women choose to have birth, since it’s not like we have an epidemic of unhealthy births plaguing the nation directly resulting from these women’s choices.

If anything, though, we may well have an epidemic of maternal trauma resulting from the birth experience itself. The consent issues explored in this post are problematic on many levels, and they pave the way to trauma.

It’s common for women to believe that their partners, if present at the birth, care about them and want to protect them, so when an invasive intervention occurs, the woman might feel betrayed by her partner. This can have emotional and sexual implications for their relationship. The woman might feel betrayed by other family members, or her doctor, which can lead to trust issues in the future. It can be difficult for her to bond with her child as a result of this trauma. Women with traumatic histories may suffer even more from trauma that they experience during birth, since trauma can compound and accrue, such that even a somewhat minor negative thing happening – like a highly modest or religious woman being stripped naked in front of strangers without being asked first – can impact her greatly.

One of the worst parts is that since we have so many narratives about birth being a special experience, it can be difficult for parents dealing with birth trauma to break the silence to share – and legitimize – their experiences. I’ve seen more discussion of things like postpartum depression beginning to happen, and I hope that this trend continues. Additionally, birth is run on a consumer paradigm in the U.S.; you can always take your money elsewhere. So ideally, parents-to-be can take some power into their own hands by inquiring about their physican’s and hospital’s induction and C-section rates, their values, and so on, and can seek out birth education, employ a doula, and generally empower themselves as much as possible.

Remember, enforced consent is not informed consent. If you make someone afraid to say no, their yes is meaningless. We have information indicating that when women attempt to give birth at home and end up going to the hospital, they often receive coercive and even abusive care. That’s preventable. We can change that. Treating women with respect and dignity during birth can prevent significant psychological and sexual problems later on.

There’s so much more information from the panel that I want to share here, but this is already a long post! I recommend finding Vera online if you’d like more information. 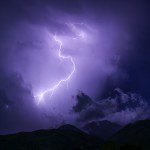 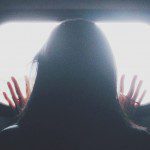 August 20, 2016 What Women Deserve
Recent Comments
0 | Leave a Comment
Browse Our Archives
get the latest from
Foxy Folklorist: Folklore, Culture, Sex
Sign up for our newsletter
POPULAR AT PATHEOS Nonreligious
1