Of course I’m in favor of bodily autonomy: who, especially those of us who consider ourselves feminists, wouldn’t be? But alas, COVID is testing the limits of this word’s meanings, and I think many are missing a key point.

As a scholar – and especially a folklorist – one of the things I do is study how people use words and how those uses change over time (see also: folk speech). I’m interested in which words acquire connotations and resonance outside their dictionary definitions, and how certain words become rallying points for group identity. And I’m really not liking what I’m seeing with “bodily autonomy” and COVID-19.

My folklore colleague Dr. Andrea Kitta does excellent research on the history of vaccines, and where the anti-vaccination movement intersects with folklore (rumor, conspiracy theory, folk medicine, etc.; here’s a great example of one of her hour-long talks on the topic). So while for a lot of people, it may not immediately cross their minds to approach scientific stuff like vaccination from a folklore perspective, trust me, it makes TONS of sense. And the topic of vaccination is obviously complex, and goes deeper beyond pro- vs. anti-vaccine standpoints, so having some of the tools to study culture under our belts when approaching the topic is generally a helpful thing.

Because yes, on the one hand, bodily autonomy is an important American value (only sometimes extended to everyone though, which I find enraging and which I’ll go into below). Nobody should be injected with stuff they don’t want in their bodies, generally. It dovetails with capitalism too: we all have the right to buy what we want, wear what we want, and so on. Hence, I get why bodily autonomy has become a rallying cry for people who feel in sync with American values.

Bodily autonomy has never been extended to everyone equally in the U.S., though. This country was founded on slave labor, and continued to profit from it for centuries. Indigenous bodies had to be displaced to make room for settler bodies. White women’s bodies were policed with everything from moral panics around “white slavery” to strict anti-abortion laws out of a desire to blend eugenics into social policies. Prior to unionization, working-class bodies were compelled to work inhumane hours at young ages in dangerous conditions (and still are, to some degree). Medical regulations and food regulations only offer us so much freedom to put things in our bodies without fear; don’t get me started on how unregulated diet ideas can kill people! (or just go listen to Maintenance Phase, my new favorite podcast, on that subject)

So for someone to be cheering on “bodily autonomy!” as an American tells me that maybe they don’t study history, or maybe they just have an unrealistically rosy view of these things. Like, you wanna talk about bodily autonomy? Stop those idiotic trans bathroom bills, make everything accessible to disabled people that’s supposed to be (including marriage without losing SSI benefits!), and stop putting asylum seeker kids in cages, dammit. Anyway.

The other main reason why I find this an eye-rollingly bad rallying cry for the anti-vax crowd is that bodily autonomy ends where public health begins.

And I say that there maybe should be some limits on bodily autonomy arguments as someone who is aware of the horrid things coming out of the U.S. government and medical institutions (look up the history of gynecology; look up the Tuskegee syphilis experiment). Lots of people have little reason to trust the medical establishment and I get that, which is part of why I am not actually in favor of forced vaccinations, because jeez that’s a bad look given all this history.

And I say that maybe there should be some limits on bodily autonomy as someone who is rabidly pro-choice. Because you know what? Abortions are not transmissible. What happens during an abortion (most of which happen early in the pregnancy, before the fetus is viable, for those who care about such things) is between the pregnant person, their doctor, and their god/religion/belief/ethics. What happens during an abortion does not concern anyone else…

…unless, we are looking at the time period before Roe v. Wade in the U.S., when those who tried to obtain abortions had little to no legal recourse and often resorted to dangerous and black-market methods. According to one estimate, around 200 women died every year prior to 1973. This article corroborates that number, adding that women died from everything from bleeding out on a bathroom floor to sepsis, and way more women of color died than white women. If that’s not a public health crisis, I don’t know what is.

Public health, by definition, revolves around topics and spaces that are shared. Our drinking water. Our air (which is one of the reasons smoking is a public health issue, and pollution too). Our food. The buildings we live and work in – do they have toxic mold that will kill us? Since I also study sex education and sexual health sometimes, I know that reducing sexual health to the absence or presence of diseases is problematic… but knowing about transmissible diseases can give us an important glimpse into the health of a community.

Much like with the argument over gun rights in the U.S., I believe an individual’s “right” to do/have XYZ ends where they bump up against another individual’s right to… exist? Be healthy? Be safe? Like, one of the reasons I’m in favor of gun regulation is that I don’t want to die in a mass shooting, and those are sadly common in America because the equation of guns with freedom has become so deeply associated in so many people’s minds and hearts.

So because I believe I have a right to be healthy, and to occupy spaces for work and fun that don’t inherently put me at risk, I reject the “bodily autonomy” argument of anti-vaxxers. Like yes, you have the right to your bodily autonomy and to hence reject getting the vaccine, but then you are giving up the right to participate in public life. You are not upholding your end of the social contract, which includes both rights and responsibilities, by ignoring your responsibility to help end a global pandemic by not only masking up but also getting the vaccine that will make it way less likely that your body becomes a laboratory for variants and less likely that you will spread this illness.

Don’t want to get vaccinated? Stay home. Self-quarantine. Lock yourself up and stop being a danger to others. I really wish we could have Lockdown Part 2 (not that the U.S. really did an effective lockdown the first time around, siiiigh) but only enforce it against those willfully refusing the vaccine. Of course there are people who cannot receive the vaccine – as of this writing, children under 12, as well as some adults with disabilities and/or immunocompromised systems – and they shouldn’t be penalized for something that’s not their fault. But pretty much every immunocompromised person I know is grateful that those around them are getting the vaccine because it protects them, and most disabled/immunocompromised people and those in their network are also good about masking and social distancing, so they’re doing their part anyway. There’s also been a lot of unfairness in already locking disabled/immunocompromised people out of public life due to not making everything accessible, so  I certainly don’t want to continue that trend…but again, they’re already often so locked-down on their own that I don’t think their presence is gonna put the rest of anyone in a given gathering in much more risk than they already were.

I get that telling people just to stay home doesn’t work as well in the neoliberal hellscape of the U.S. where our social safety net is crap. Getting unemployment benefits doesn’t always go smoothly even when you’re entitled to them, and that sort of thing. And FFS we still need better health care solutions. But I’m at my wit’s end as to how to make the shift happen and make it stick, to really have it hit home for these people: they are being selfish, they are giving up the right to participate in public-facing society, and they should face whatever social, financial, whatever consequences that will motivate them.

Vaccinations are already required for participating in many facets of public life: MMR and other childhood vaccines to attend school, a variety of vaccines to travel, etc. This isn’t some new oppressive idea, and I’m annoyed at the framing that suggests it.

That’s why I’m in favor of this Atlantic article suggesting that unvaccinated people should bear more of the burden, by not being allowed on flights, for example. As I watch the COVID-19 infection numbers rise, knowing that this was preventable at least in the U.S., that we could’ve gotten our house in order and then put the pressure on the pharmaceutical companies to make the vaccine go more global, I just… I am out of patience. I am having flashbacks to obnoxious high school and college group projects, being the only one willing to put in the work and try to drag our group towards a non-failing grade. I am tired. I am scared.

I know I’m not the person best suited to do vaccine outreach since I have little patience for those on the fence or who are actively anti-vaxxer; a relative of mine had polio as a child, and is still experiencing awful, disabling effects as a result. The topic is too personal for me. I’m here for the intellectual analysis though, and for upholding these boundaries in my own life, as tiring as it is to have to constantly inquire about whether people I might be around are vaccinated, are masking still, etc.

But as fatigued as I am, I will always be annoyed at bad rhetoric enough to say something about it. So if you’re anti-vaccine or even just vaccine-hesitant, do us all a favor and study up about other instances of bodily autonomy that are way more awful than this current instance that has you fired up and/or study up about public health and learn how to do better to protect everyone in the future (typical of me, assigning homework!).

Come on, people. Do better. 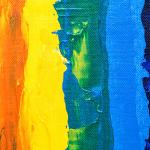 July 8, 2021
My New Fairy-Tale Research: All Queer, All the Time
Next Post 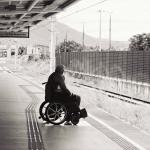 September 7, 2021 If Providing Vaccination Proof Bothers You, You're Showing Your Ableist Privilege
Recent Comments
0 | Leave a Comment
Browse Our Archives
get the latest updates from
Foxy Folklorist: Folklore, Culture, Sex
and the Patheos
Nonreligious
Channel
POPULAR AT PATHEOS Nonreligious
1