Missed the preceding part of this post? Find it here. And read on to learn about animal spouses in Japanese folktales, especially those scaly one…

Snake spouses in folktales can also be distinguished by gender, yet in reverse roles from their legendary counterparts, which is even more illuminating symbolically.  Whereas legends “function as arguments about reality” (Holbek 1998, 198), folktales are “deliberate fiction” in which their marvelous features “must instead be thought of as figurative representations in some way or other” (202).  It is a significant fact that only snakes (besides frogs) appear as both husbands and wives in Japanese folktales, and moreover, that their behavior falls along a general divide of compassionate snake wives and malicious snake husbands.  Indeed, this seems to be a common pattern among supernatural spouses in Japanese folktales: a human girl will escape from and kill her monkey husband (Ikeda 312A), whereas animal wives like the crane wife (413A), the fish wife (413B), the fox wife (413D), and the frog wife (413E) are parted from their human husbands only after the violation of an interdiction.  This pattern is not absolute, though, as seen in the example of a girl who was married to a dog and remained faithful to him (411D).  The marriage of a girl to a mud snail (425A) ends happily, but a key difference is that he is in the end disenchanted, and becomes fully part of the human world.  In Japanese folktales, unlike in European folktales, that is the exception rather than the rule.  Otherwise stated, “in Japan, animals transformed into human figures (or remaining as animals) try to marry humans and cannot achieve a happy union.  In the West, on the other hand, human beings are transformed into animals by magic” (Kawai 1982, 117).  These states of enchantment along with the question of humanity are significant for symbolism.  Snakes forever remain snakes, often to the detriment of the humans who become involved with them.

When a human girl is obligated to marry a snake, as in “Snake Husband Killed” (Ikeda 312B), “Stork’s Egg” (411A), “Grateful Crabs” (411B), and “The Snake Paramour” (411C), the effect is normally harmful to the girl.  Moreover, in Yanagita Kunio’s folktale classification system, none of the above tales are listed separately, but rather all as under the heading of “The Snake Son-in-Law” (1986, 37), implying that the underlying theme of all such tales is the same, regardless of how the girl gets involved with the snake and how she manages to rid herself of him.  In one tale not precisely fitting within the above classification, the snake suitor threatens not only the girl, but also kills her human suitor (Suzuki 1949, 71-74).  In a version of “The Snake Paramour,” the male snake gloats, “The girl will never live since she is with child by me” (Suzuki 1949, 52).  Another version, however, ends without a mention of the threat to the girl, though the snake dies from the needle wound (Dorson 1988, 117-118).  The menace of death hangs over the girl impregnated by a snake in a version of “Stork’s Egg” and is averted with the aid of a helper figure (Yanagita 1972, 35-36).  As Fanny Hagin Mayer notes, “The snake is usually considered a sinister being.  He may transform himself into a young man and claim a bride, but he can be destroyed in the end” (1981, 28).  Within these tale cycles, then, male snakes threaten the well-being and fertility of human girls, which would seem to lend credibility to proponents of phallic snake symbolism.

Female snakes who take human husbands seem to care greatly about the welfare of their spouses and offspring, even though there is no hope of disenchantment for them.  The “Snake Wife” tale (Ikeda 413C) has fewer variations than snake bridegroom tales, with consistent features such as the interdiction of watching while she gives birth and her self-inflicted blindness in order to provide her child with nourishment while she is absent.  Often there is an opening episode wherein the man saves a snake from torment, and she soon after reappears in human form to become his wife (Blacker 1978; Ikeda 413C, move I).  In this sequence, the tale of the snake wife is remarkably similar to other animal wife tales in Japan, for example when a man saves the life of a crane, fish, fox, or frog, and it repays him by becoming his wife.  The snake wives who give up both their eyes in three tale texts (Yanagita 1972, 104-106; Suzuki 1949, 91-93; Mayer 1984, 36-37) are the epitome of caring motherhood, and both dwell in lakes.  This association with water is interesting, not only in light of the connection between dragons, god, fertility, and water (Blacker 1978), but also because many of the above-mentioned animal wives are water creatures.[i]

As seen above, the traits of snake wife and snake bridegroom folktales are quite different, and so are the symbolic implications.  A number of questions come up, such as why “The snake and frog…can get projections of both the male and female images from human beings” (Kawai 1982, 111), and whether this is an indication of the bisexuality of snakes in Japanese symbolic thought.  Or one could frame the question in terms of the explicit connection between women and snakes and ask what the relationship is “between the tales in which a woman is possessed sexually and spiritually by a supernatural snake, and those in which the snake-woman appears as a single being” (Blacker 1978, 123).  This author suggests that snake spouse tales have their history in ancient Japanese women’s shamanistic traditions, and that when women no longer felt a strong enough spiritual unity with snake deities, they began to feel possessed by them.  Rather than a myth-ritual perspective, one could look to a wider approach that also encompasses Japanese folklore.  Chris Knight cites a Japanese myth, among others, wherein a lake-dwelling serpent or dragon demands a virgin bride.[ii]  He perceptively writes that this universal connection between serpents and virgins appears suspect, and as “some kind of sexual threat” to human males (1991, 9).  This relationship is not “a legitimate marital one” but rather snakes and maidens are already “blood-relatives” (1991, 10).  Francisco Vaz da Silva summarizes this argument: “the dragon is not only ‘own blood’ to the maiden but is indeed her very own blood—and this is why one finds the enchanted maiden under the power of a dragon and as a dragon herself” (2002, 180).  Irrevocably linked feminine and serpentine features, derived from folklore, not abstract theorizing, thus help explain the two tale roles for serpents.

There is also the possibility that the serpentine qualities of the tale spouse are the projections of a collective audience.  To summarize a Freudian viewpoint, a sexual partner is “first experienced as an animal” (Bettelheim 1989, 282), leading to the expression within fairy tales of spouses as animals, which are later disenchanted to human forms (though this plot is of course more prevalent in Europe than in Japan).  If psychoanalytic means seem too extreme, there is a more general theory behind interpreting the marvelous components of fairy tales: that “all such elements refer to features of the real world as experienced by members of the storytelling communities” (Holbek 1998, 408-09).  In this sense, the fantastical exploits of tale characters can provide wish fulfillment or communal daydreaming for an otherwise unprivileged community of people who communicate their needs and desires through shared folkloric traditions.  One specific study of folktale contexts and social functions suggests that in a rigidly gender-divided Spanish region: “Women and men work through their differences in storytelling prior to, during, and after courtship” (Taggart 1990, 13).  This study implies that characters in folktales serve the requirements of socialization, even to the degree wherein versions of a tale will vary with the gender of the teller.  A book on animal spouse folktales notes that the tales are about “an encounter with someone or something profoundly different from oneself.  The difference in kind between the two partners in tales of animal brides or grooms is a symbol and amplification, of the difference in gender, a barrier between two human beings that renders communication both more difficult and more intriguing” (Sax, 22).  Read on this level, coupled with the assumption that snakes play the definite “Other” to human beings, snake spouses could represent the ultimate expression of anxiety about marital relations.

[ii] In most Japanese versions, this is the rebellious god/culture hero Susano. 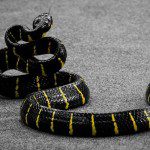 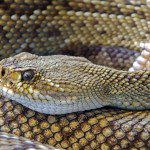 January 2, 2017 Snake Spouses and Feminine Symbols in Japanese Folktales Part 4
Recent Comments
0 | Leave a Comment
Browse Our Archives
get the latest from
Foxy Folklorist: Folklore, Culture, Sex
Sign up for our newsletter
POPULAR AT PATHEOS Nonreligious
1