One of the concepts I teach whenever I get the chance to is somatophobia. Its meaning isn’t too difficult to grasp, but it has widespread implications for how we think about philosophy, medicine, gender and sexuality, human rights, and more.

Somatophobia means fear and loathing of the body. It refers to a belief system – often not consciously held or examined – that teaches that the body is something to be loathed or distrusted (often in contrast to the mind, spirit, or immortal soul). Here, I’m mostly referring to Western manifestations of this concept, though it also appears elsewhere in the world.

There are obvious religious implications to somatophobia, whether from a Greco-Roman perspective or a Christian perspective. One of the foremost body scholars, Susan Bordo, draws out some of these connections in her book Unbearable Weight: Feminism, Western Culture, and the Body. In writing about the central features of mind-body dualism – rife with somatophobia – she outlines four main concepts, which I’ll quote at length here.

First, the body is experienced as alien, as the not-self, the not-me. It it “fastened and glued” to me, “nailed” and “riveted” to me, as Plato describes it in the Phaedo. For Descartes, the body is the brute material envelope for the inner and essential self, the thinking thing; it is ontologically distinct from that inner self, is as mechanical in its operations as a machine, is, indeed, comparable to animal existence.

Second, the body is experienced as confinement and limitation: a “prison,” a “swamp,” a “cage,” a “fog” – all images that occur in Plato, Descartes, and Augustine – from which the soul, will, or mind struggles to escape. “The enemy [“the madness of lust”] held my will in his power and from it he made a chain and shackled me,” says Augustine. In the work of all three philosophers, images of the soul being “dragged” by the body are prominent. The body is “heavy, ponderous,” as Plato describes it; it exerts a downward pull.

Third, the body is the enemy, as Augustine explicitly describes it time and again, and as Plato and Descartes strongly suggest in their diatribes against the body as the source of obscurity and confusion in our thinking. “A source of countless distractions by reason of the mere requirement of food,” says Plato; “liable also to diseases which overtake and impede us in the pursuit of truth; it fills us full of loves, and lusts, and fears, and fancies of all kinds, and endless foolery, and in very truth, as men say, takes away from us the power of thinking at all. Whence come wars, and fightings, and factions? Whence but from the body and the lusts of the body.”

And, finally, whether as an impediment to reason or as the home of the “slimy desires of the flesh” (as Augustine calls them), the body is the locus of all that threatens our attempts at control. It overtakes, it overwhelms, it erupts and disrupts. This situation, for the dualist, becomes an incitement to battle the unruly forces of the body, to show it who is boss. For, as Plato says, “Nature orders the soul to rule and govern and the body to obey and serve.”

All three – Plato, Augustine, and, most explicitly, Descartes – provide instructions, rules, or models of how to gain control over the body, with the ultimate aim – for this is what their regiment finally boils down to – of learning to live without it. By that is meant: to achieve intellectual dependence from the lure of the body’s illusions, to become impervious to its distractions, and, most important, to kill off its hungers and desires. (144-145)

I write a bit more about mind-body dualism here, teasing out some of its gendered implications. In short, though, mind-body dualism is always a hierarchy that places the body on the lower end. Same with gender, because of how mind-body usually maps to man-woman, which also maps to reason-passion and rational-emotional. We could go on with the matching pairs for hours, and that’s often something I’ll assign students to do in discussion.

So: why unpack somatophobia to this extent? Well, for one thing, as Elizabeth Grosz points out in her book Volatile Bodies, “philosophy has established itself on the foundations of a profound somatophobia” (5). (perhaps this is why most philosophy never really resonated with me) Additionally, I believe that it’s still incredibly pervasive in Western culture, in both secular and religious aspects. Fearing the body, or at least regarding it as an unruly beast that requires control, still impacts how we talk about and inhabit our bodies today. Women’s bodies are disproportionately policed compared to men’s, especially in times of social upheaval (and especially when sexuality comes into play).

And given that some people are perceived as more in their bodies, or more embodied, than others, which automatically puts them (us) in a lower position on the conceptual hierarchy, this can lead to many problems. For instance:

I could go on and on. This is why I teach about somatophobia. I’d love for it to cease being relevant someday, but I don’t see that happening anytime soon.

Any thoughts? I’m not the only one who encountered this concept and thought “oh wow this is SO relevant!” right? 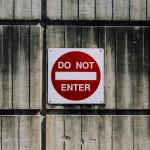 June 19, 2018
The Point of Universal Human Rights Is That They're UNIVERSAL
Next Post 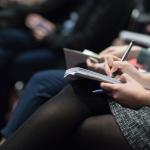