This post contains spoilers for Avengers: Infinity War and Avengers: Endgame. Consider yourselves warned (fyi, the blog image is from the trailer, so it is not itself a spoiler for anything).

When I reached a milestone in my finals grading pile, I went out to see Endgame. I don’t blog a ton about pop culture here but it’s among the things I enjoy as a fan and study as an academic. But wow did I leave that film with some feelings I need to vent about, and so I thought I’d bring y’all along on a rant infused with some semi-scholarly notes coming from my background in feminist theory and gender studies as well as sci-fi/fantasy studies.

(I was serious about the spoilers, though, in case that matters to you)

Plenty of people have written about the trope of fridging women as a gut-punch or motivator to male characters; check out this TV tropes page if you’re utterly unfamiliar with the concept. Author Cat Valente even has a book The Refrigerator Monologues about it.

I know that American pop culture is particularly bad about treating women as disposable toys that function to pull at male characters’ heartstrings. But wow, I was unprepared for the extend to which this mechanism would be used in the recent pair of Avengers movies.

When Thanos killed Gamora in Infinity War under the guise of needing to sacrifice a loved one to obtain the soul stone, I was pissed. I didn’t blog about it, but I was SO pissed. Luckily, Brandon O’Brien wrote about it at Tor.com so I didn’t have to:

We’re supposed to believe that a man can tear apart, physically and emotionally abuse, psychologically torture, and utterly break someone’s spirit over the course of their entire childhood, and accept that the name for what he feels for is victim is “love”? When Thanos is called upon to make this sacrifice, and is somehow able to do so without ever taking stock of his own cruelty or facing the horror that he has put Gamora through, I submit that what he feels for her should never be described as anything approximating love.

O’Brien makes the case that it’s not just disingenuous, it’s actually dangerous to depict abusers justifying their actions as stemming from love. I totally agree with this assessment, as well as its implications once you strip it down to the basics, scraping away the space battles and quests and fantasy elements:

But when you take away the Infinity Gauntlet and the extra body mass and the stone throne and the silly cosmic crusade, what you have left is a man saying that he killed a woman because he truly cared about her—and the universe rewarding him for doing so.

This is a real fucking thing that happens in our world, people. According to the CDC, 50% of female homicide victims in the U.S. are killed by their romantic partners/spouses. I get that we need to portray phenomena in order to critique them, and sometimes we need the veil of fantasy to be able to talk about serious issues… but I believe this depiction did a disservice to the discussion, since Thanos is so obviously a villain and it’s easy to write him off as such. It doesn’t add nuance to the conversation; it doesn’t open up dialogue about the very normal men abusing and killing their female family members at a stunning rate. It just reinforces the assumptions behind rape culture and patriarchal control of women.

And then we get to Endgame. And we have to watch Natasha die in the exact same manner that Gamora did. Oh, but it was a noble sacrifice! She chose it herself! Yeah, well, we also get to watch Tony Stark nobly sacrifice himself for the cause, and he gets a drawn-out, reflective, soul-searching death and moment with a loved one by his side, and he gets a fancy funeral too (would it have been so hard to have added a wreath with Nat’s name to the wreath by his name, seriously?).

I’ve seen things online drawing parallels between The Avengers on Earth and The Guardians of the Galaxy in space: they’re both teams with the big hulky/broody strong one, the wisecracky one, the science-y one, and… the dangerous female assassin-y one.

What does it say when the one female member of each group has to be killed off for the plot to advance? (yes I know Gamora is “back” in some sense at the end of Endgame, however that will play out)

What message does it send to say “yep, the female member of each superhero group is actually disposable”?

I think it sends a pretty shitty message. I think it sends the message that women remain plot points rather than full people, and that the “real” heroes who get to have extended battle scenes and meaningful, humanizing, self-sacrificing deaths, are men. And always have been.

Yes, I teared up during the final battle scene when the cohort of women heroes had a giant rush onto the battlefield. I hate that I bought into it and loved it, but I did. I hate that I gobbled up the crumbs they deigned to toss my way, that it was enough to emotionally impact me. And of course, critical-thinking-brain noticed that after those kick-ass two minutes, the main action shots went back to the male heroes facing off with Thanos: Thor, Cap, and Hulk, for the most part. Yes, we had the cool mixed-gender relay-race to get a hold of the gauntlet, and yes, Captain Marvel played a role. But still.

I cling to films like Wonder Woman and Captain Marvel for the amazing depictions of women, while still knowing that Hollywood has a way to go with other forms of representation (such as disability in Wonder Woman, and the horrible fat-shaming moments in Endgame). I still find ways to enjoy pop culture at the end of the day despite being unable to let go of my basic feminist assertion that women are people too and deserve better than to be treated like disposable plot points.

But I’m pissed off at how Natasha died in Endgame (both for its own sake and because of how it echoes Gamora’s death) and I think that plot point only worked because as a woman who was also a trained killer, she was seen as irrevocably tainted, whereas Hawkeye could find redemption by having a family to go home to, and by being a man who was thereby not automatically positioned as starting off as innocently as a woman (I have a whole train of thought here that I don’t have space to go into, but basically, I am never going to see Dark Phoenix unless it’s to write about this exact phenomenon, for one thing because I’m fed up with media showing us women who need to be contained, and for another I think the plot of the corruptible woman only works when we position women as innocent and pure in the first place, a plot that wouldn’t work with a male character filling the exact same role).

Maybe this was handled better in the comics; I’m open to suggestions if someone wants to point me towards a particularly good Marvel run. Lately I’ve been enjoying reading Ms. Marvel by G. Willow Wilson, and I hope to continue to explore the Marvel universe through comics as well as the Netflix series which I also largely enjoy. All during the summer, of course, when I have more time since this super-busy semester will be over.

Speaking of – back to grading. Hopefully now that I’ve gotten this rant off my chest I can return to thinking about feminism in the context of my teaching, not in the context of “are we seriously still debating women’s humanity” which oh wait is part of what I teach when I teach about transnational feminisms and women’s rights globally. Sigh. 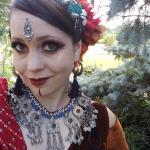 April 29, 2019
I'm Guest-Lecturing for an Online Class on Witches!
Next Post 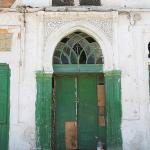 May 14, 2019 A Feminist-Atheist Walks into a Bar (in Morocco)
Recent Comments
0 | Leave a Comment
Browse Our Archives
Follow Us!