Hopefully you’ve read my introduction to my keynote speech, but the short version is that yes I’m using cat memes throughout, and I’m hoping to interweave some dense theoretical stuff with practical questions about bodies in folklore scholarship as well as the bodies of folklore scholars (and scholars more generally). This is Part 1 (of 5) of the speech (here are links to part 2, part 3, part 4, and part 5). 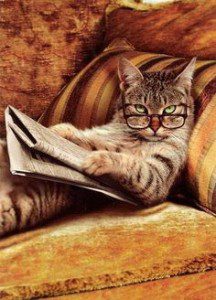 To start, I’d like to mention a few of the difficulties inherent in studying bodies. I consider it an unfortunate side effect of the complexity of studying bodies that so much of the scholarship on them is almost unreadably dense. I like phenomenology as much as the next scholar, but I have a terrible time getting through it at my usual speed-reading pace.

Drew Leder’s book The Absent Body is no exception to this pattern about philosophically-oriented body books. However, Leder offers some fantastic insights that I’d like to share here. He articulates principles whereby corporeality recedes the more we interact with it, especially in regard to the senses, and I quote: “insofar as I perceive through an organ, it necessarily recedes from the perceptual field it discloses. I do not smell my nasal tissue, hear my ear, or taste my taste buds but perceive with and through such organs” (15).

So, any time we try to write about the body, we are necessarily experiencing embodiment in such a way that obscures the body’s sensory mechanisms. This is true whether we’re bodily involved in fieldwork or teaching, or trying to think and write about bodies in our genres or cultures of choice.

Leder also writes about mind-body dualism, but I find work by feminist scholars Susan Bordo and Elizabeth Grosz on it much more accessible and relevant. Bordo describes dualism, in its trajectory from Plato, to Augustine and Descartes, as the “view that human existence is bifurcated into two realms or substances: the bodily or material, on the one hand; the mental or spiritual, on the other” (144). As Bordo explains, this intellectual and cultural heritage has left us with a limited number of ways to experience the body: as alien (not-self or not-me), as a confinement and limitation, as the enemy of the soul or higher self, and as a threat to our attempts at control (144-145).

As Grosz states in her book Volatile Bodies, mind-body dualism is thus a problem because in Western worldviews, the body, always already gendered, is a “hindrance to be overcome, an obstacle to be surmounted if equality is to be attained” (15). As I’ll note later, this attitude permeates multiple sectors of society, including academia. 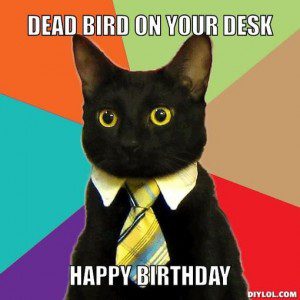 The first mentions of the body in folklore scholarship are fleeting and metaphorical. Sometimes they’re downright racist and classist. I draw my examples from Dundes’s edited book, International Folkloristics, which provides a representative sample of classic folklore writings. This book doesn’t have an entry for “body” in the index, which is a pattern I’ve observed in a number of other folklore books as well. In International Folkloristics, Arnold van Gennep discusses the rite of passage, as we would expect, and mentions “temporary seclusion and dietary and sexual taboos” as examples of rites of separation (105). Other bodily mentions include the exchange of blood, childbirth, and death. Rites of passage exist to help usher people into new social identities, so of course there will be some extremes when we study them, but bodies are not noteworthy only when they’re in distress. Daily embodiment matters. Or at least, that’s one premise I try to bring to my studies of the body. 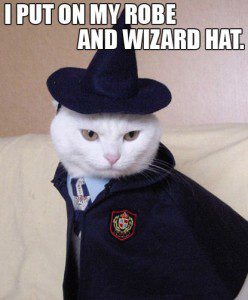 As another example of the focus on extreme bodies, take James George Frazer’s The Golden Bough, which Dundes characterizes as “the longest footnote in the history of scholarship” (111). The snippet excerpted in International Folkloristics exemplifies Frazer’s uncritical adoption of unilinear evolution, as well as mind-body dualism, in that “the primitive magician…never analyzes the mental processes on which his practice is based, never reflects on the abstract principles involved in his actions” (117). These savage people are reduced to their bodies, but we don’t see very much reflection on what those bodies mean in a scholarly context, or what their embodiment might be like. Frazer did give us the principles of sympathetic magic, though, which I’ll refer to later. 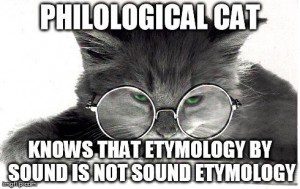 The other trend I’ll point out is that bodies are often used metaphorically in older folklore scholarship. Metaphors for both folklore and language tend to be very flowery and organic, which I don’t think serves us. This makes me wonder whether some of the lingering Romantic era emphasis on superorganic cultural metaphors superseded a focus on actual organic bodies. Now, Dundes characterizes Carl von Sydow’s work as being “opposed to mechanistic superorganic theories according to which folklore moved by itself without reference to human bearers of tradition” (139). And von Sydow’s concept of active and passive bearers of folklore, each presumably having a different embodied experience of the folklore in question, undoubtedly has moved the field forward. But I worry when von Sydow writes things like “The flesh which research puts on such dry lifeless bones is, and remains, dead, without connection with a living reality” (151). Body metaphors like this one are powerful, but, as I’ll discuss later, turning the body into a metaphor or symbol comes with its own dangers.

What do the contemporary “greats” of our field have to say about the body? Obviously I’m not able to account for every single mention of the body in folklore scholarship in this talk, but I think I’m gathering enough representative ones to illustrate a pattern. 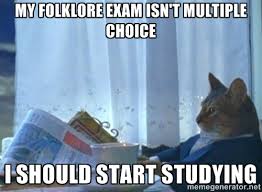 If there’s a definitive folklore text, I’d say Toward New Perspectives in Folklore is a good candidate. “Body” does not appear in the index. Eight Words for the Study of Expressive Culture would be another possibility. It does list “body” in the index, with a whopping eight entries. Our teaching aids for use at the undergraduate level are similarly quiet on the subject of the body. Living Folklore by Martha Sims and Martine Stephens has no entries for “body” in the index, but it has a few mentions of the body scattered through the text, primarily in relation to rite of passage, religious folklore, and material culture. The AFS Publication, 100 Years of Folklore Study, only contains mentions of the body to mean a body of scholarship or a body of lore. I discovered this by reading it as a PDF and using the search function, which is a useful strategy for reading between the lines. For example, the recent volume A Companion to Folklore doesn’t have an index entry for the body, but the online copy I accessed through my university let me search for the term. There were 47 results, about 30 of which were brief references to actual bodies; the rest referred to a body of work, or the social body, or the body politic. As Lee Haring and Regina Bendix note in their contribution to the book, “Questions of the body and embodiment had received little attention” (298) until fairly recently in folklore scholarship. 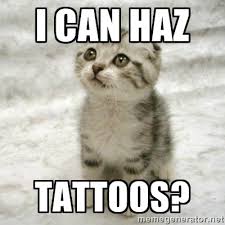 The first book introducing the body as a significant subject of folklore study, Bodylore, was only just published in 1993. These and related essays, appearing in a 1994 issue of The Journal of American Folklore, include nuanced ruminations on bodily inscriptions, bodily surfaces, the body as cultural text and context for meaning-making. Kathy Neustadt’s “The Folkloristics of Licking” goes further, suggesting that “by privileging – even if only momentarily – the tongue over the eye” we might destabilize the primacy of vision and the related culturally based somatic assumptions. She reinforces the point I made earlier about how difficult it is to study bodies, especially sexual bodies, stating: “It is hard to stay focused on sex – even as we obsess about it – and we seem uniquely unable to hold our bodies in our minds” (191). In other words, those of us interested in embodiment have set ourselves a tough task. 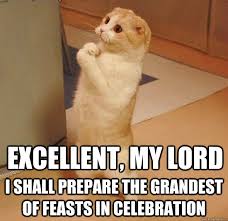 Innovative concepts such as Marcel Mauss’s techniques of the body come more from anthropology than being home-grown in folklore studies. It’s the same with Mary Douglas’s purity and pollution dichotomy, and Mikhail Bakhtin’s alternating grotesque and proper or ethereal bodies. Folklorists take these concepts and run with them, but why don’t we originate them? Dorothy Noyes’s book Fire in the Placa: Catalan Festival Politics After Franco examines the body techniques of the Patum of Berga from a folkloristic ethnographic perspective, thus representing one solidly folklore-based extension of these ideas. Noyes’s study is distinctive in that it does not ignore the physical body, including the scholar’s own body, in its search to explain the social body. 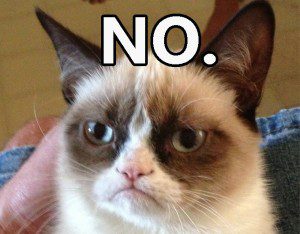 While preparing the course I’m teaching this semester, The Body and Society, for the anthropology department at Butler, I skimmed a number of very dense theoretical articles about the body from an anthropological perspective…and decided to assign none of them. I’m fairly sure my students would have hated me passionately should I have subjected them to these labyrinthine essays. One of the more accessible works on the topic, a book called Culture and the Human Body, said basically the same thing. The author’s students timidly asked if he was angry with them after he’d assigned one of these essays. When he answered that he wasn’t, and why would they think that, a student responded, “Then why did you make us read that article?” (3). (hopefully you don’t feel the same way after reading this talk!) 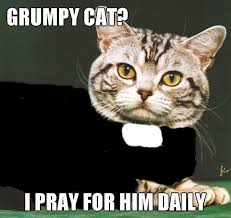 In transitioning to the next sections, which will be about a lot of folk narrative and a little body art and dance, I’d like to mention the handful of other genres that focus on the body: folk medicine, folk religion, folk belief, and foodways. Other scholars have done great work here, such as:

…But why is this stuff is so recent, and why at the periphery, instead of the center? Unfortunately, one answer is censorship, which I’ll describe more in the next installment of this talk on narrative. 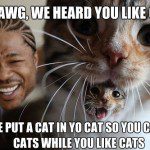 May 13, 2016
The Body in Folklore Keynote: Introduction
Next Post 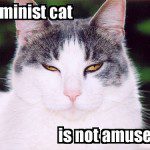 May 13, 2016 The Body in Folklore Keynote: Folk Narrative
Recent Comments
0 | Leave a Comment
Browse Our Archives
get the latest from
Foxy Folklorist: Folklore, Culture, Sex
Sign up for our newsletter
POPULAR AT PATHEOS Nonreligious
1