The Dilemma of Confronting Abusers Who Do “Good Work”

The Dilemma of Confronting Abusers Who Do “Good Work” June 27, 2016 Jeana Jorgensen

We’ve all encountered that person who does “good work” but has shitty interpersonal skills or is even abusive. What to do then?

I don’t work in tech, but I sometimes follow tech news. For one thing, there are a lot of folks in the tech industry in my life (mostly software engineers, like my life partner); for another, I do some scholarly work in the digital humanities, so it just makes sense for me to keep abreast of some trends.

So when I read about the evidence stacking up against Jacob Appelbaum, who’s been in and out of various tech/sex industry connections, I became quite interested. One of the best takes on the case that I’ve seen is by Violet Blue. It details the repeated incidents he enacted on his colleagues at work, which ranged from outright abusive to just bizarre. Apparently, one of the reasons it took so long for the harassment and so on to surface is that Appelbaum reportedly did “good work” and thus people wanted to shield him from the consequences of his actions (or they didn’t believe he was capable of it in the first place).

When someone harasses, humiliates, discounts, abuses, threatens, stalks, takes action to harm someone, no — they do not do good work. And this is one of the biggest problems in hacker culture, and it will always make me and my sisters and LGBT and non-white family unsafe.

If you find out someone is doing any of the things I have described in this essay, their work is not good. There is always, always someone else who can do that work. And that other person will do it better because they are not handicapped by being fucked up.

This helps reframe the discussion from “aw, but so-and-so does good work” to a recognition that doing good work in incompatible with making people feel unsafe through either action or inaction. Maybe there’s some potential for short-term or limited benefit from someone’s work, and we can’t deny the long litany of people who’ve changed world history but also did awful things like keeping slaves or whatever. But if you want to build a sustainable infrastructure moving forward, the “but they do good work” excuse won’t get you very far.

On the one hand, I feel like a truly sex-positive approach to a situation like this is to make it safe for everyone. That means removing the abuser from the situation (by firing him, not working with him, or whatever), and not feeding bullshit rape culture tropes about how you need XYZ number of claims against someone for it to really count, or whatever.

On the other hand, I believe that a thoroughly sex-positive approach needs to not dehumanize abusers. You can say: you are not welcome here, you need to change, you need to do better, but do it over there please… but I don’t think it’s helpful to conflate every facet of a person’s identity with the abuse they’ve performed. That way lies no path to redemption, no incentive to do so. These thoughts are preliminary, and I don’t really have a good sense of where to go from there. I just wanted to note them here.

See also: Covering Up Rape in a Community That Values Consent

These seem like generally sound principles, reminding me of the axiom in my post about sex scandals about how you do anything is how you do everything. I also like how the authors disambiguate between two potential causes of a situation that looks fishy. I quote at length:

I shared this segment because I think it’s important to recognize that sometimes people don’t realize how inappropriate their behavior is, and ideally they should be given a chance to reform. How many chances do they get? I’m not sure; that answer probably depends on context.

Again, I wish I had more answers, but I think this is important to talk about. 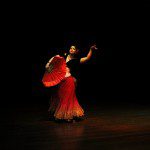 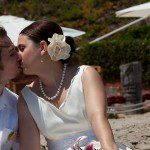