“In critical moments,” Spock reminded us in the Original Series episode, “The Tholian Web” (s3, ep9), “[people] sometimes see exactly what they wish to see.” This is essentially the problem with inquiry based on verification or hypothesis confirmation rather than falsification.

It is easy, as Karl Popper argued, to find new and different ways to verify a theory, to look out into the world and see confirmations of it everywhere, but such inquiry, at best, does not meet the rigors of scientific inquiry.  In this installment of my fourth and final guest post in this series problematizing the sex addiction model, I will do my best (because, “Dammit, Jim, I’m a doctor [of philosophy], not a neuroscientist!”) to give you the rundown on just one of the many falsification studies looking at the sex addiction model.

And I will end this series by reflecting on theories, like sex addiction, that have enormous explanatory power, to reference Popper yet again, even if they might be falsified. What can we do in the face of such power? Tell better stories. Join me, won’t you?

Once the participant group and comparison group had been screened and selected, members of each group were exposed to 225 images representing “pleasant,” “neutral,” and “unpleasant” categories while wearing electroencephalographic (EEG) caps. Half of the pleasant image stimuli were sexual (n=38). Half of these sexual stimuli were romantic in nature, drawn from the International Affective Picture System (IAPS) database, while the other half “depicted one man and one woman engaged in penetrative sexual behaviors” (p. 194). Images were presented in a “pseudorandomized” fashion, with “no more than three images of the same class” presented consecutively (p. 195).

Using EEG, the researchers measured what is called brain late positive potential (LPP), which is essentially the “intensity of an emotional response” to visual cues, as one of the study’s co-authors, Dean Sabatinelli, explained.

But here’s what the study (Prause et al, 2015) actually found: “VSS users with problems and higher sexual desire had a smaller difference between sexual and non-sexual LLP, rather than a larger difference” (p. 196). In other words, cue reactivity to the VSS was down rather than enhanced for the participant group.

So, the enhanced cue reactivity hypothesis appears to have been falsified by this study. And Popperian falsification principles tell us that if we want to call a theory scientific then if one central tenet/hypothesis of a model is falsified, the entire model is refuted.

Of Meaning and Metaphors

In his panel at the AASECT Summer Institute, David Ley exhorted the assembled participants to remember that “the sex addiction industry relies on anecdote, not data. […] Our job is not to say ‘research says you’re wrong.’ […] We [sex therapists and educators] have to find a way around this,” and connect with people and tell stories. I could not agree more with this assessment, and not just because I am a dyed-in-the-wool Humanist and talking about image, narrative, and textuality is kinda my thing.

The sex addiction model is ubiquitous; witness the rush to “diagnose” former Congressman Anthony Weiner as a sex addict or Pamela Anderson’s highly publicized op-ed in the Wall Street Journal on “pornography’s corrosive effects on a man’s soul.” And it is partly the fault of sex therapists and educators, I’m chagrined to say. We need to own that fact. We need to own that for too long we stood behind research and reasoned argument as our primary methods of bringing about change. But now is the time to engage in the national dialogue, as therapists like David Ley, Marty Klein, Joe Kort, and others have done. And to do so, we need to start telling evocative stories.

The history and practice of psychotherapy, after all, is replete with metaphors. Freud littered his work with metaphors, from his likening of analytic work to archaeological discovery, or a game of chess, or battlefront strategy, to the very transformational processes by which so much therapeutic work happens (I think, here, of transference and counter-transference, sublimation, and dream work). And even if we confine ourselves to the psychoanalytic literature since Freud (a particular fancy of mine, I confess), there’s Winnicott’s construction of the therapeutic situation as a playspace, Bion’s notion that the therapeutic encounter is a radically intersubjective reverie, and, my current personal favorite, the idea (proposed by Antonino Ferro), that the work between analyst and analysand is akin to the relationship between kitchen and dining room at a restaurant.

The truth is that all the extant models for describing OCSB and its treatment rely at their base on metaphor for their power—e.g., in the SA model, OCSB is spoken of as if it were behaviors, urges, or thoughts that act on the brain in the same way that alcohol and other controlled substances do. It just so happens that the “sex addiction” metaphor is a particularly powerful and resonant metaphor. Its speaks to our pain, our anxieties, our shame, a particular brand of deeply-engrained sex negativity, and our fear of sexuality as a force terrible and potentially destructive in its sublime majesty. We need better stories. We need better metaphors. And in honor of Ferro and his kitchen metaphor, for this I pass the soup ladle to you…

So, wow, that’s it. Thank you! Thank you to the wonderful Dr. Jeana Jorgensen, who kindly and generously invited me to propose these guest posts for your reading pleasure. A special thanks to the great Douglas Braun-Harvey, MA, LMFT, CGP, CST and Michael Giancola, MA, MS, LMFT, who kindly reviewed and offered wonderfully helpful notes on drafts of these posts before they were offered to you.

And thank you, dear reader. It’s been an honor going on this journey through OCSB with you. As Madame de T__ says to her young lover at the end of my favorite eighteenth-century novel, Point de lendemain [No Tomorrow] (1777/1812), “I owe you so many pleasures; but I have paid you with a beautiful dream. Now, your love summons you to return; the object of that love is worthy of it. If I’ve stolen a few moments of bliss from her, I return you more tender, more attentive and more sensitive.”

Until next time, dear reader, “Let’s see what’s out there!” 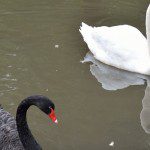 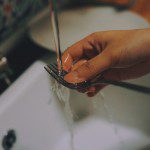 September 14, 2016 Study on the Gendered Division of Housework
Recent Comments
0 | Leave a Comment
Browse Our Archives
get the latest from
Foxy Folklorist: Folklore, Culture, Sex
Sign up for our newsletter
POPULAR AT PATHEOS Nonreligious
1