The Point of Universal Human Rights Is That They’re UNIVERSAL

The Point of Universal Human Rights Is That They’re UNIVERSAL June 19, 2018 Jeana Jorgensen

I’ve seen some pretty off-putting comments about how asylum-seekers to the U.S. deserve what they’re getting because they’re illegally immigrating, or they’re illegals, or whatever. But you know what? Every human deserves basic human rights, and doing something illegally (which these folks aren’t) doesn’t automatically turn those off.

Immigrants to the U.S. seeking asylum through legal means are being separated from their children and placed in detention centers. As Vox explains:

The Trump administration has stepped up detention of asylum seekers (and immigrants, period). But because there are such strict limits on keeping children in immigration detention, it’s had to release most of the families it’s caught.

The government’s solution has been to prosecute larger numbers of immigrants for illegal entry — including, in a break from previous administrations, large numbers of asylum seekers. That allows the Trump administration to ship children off to ORR [the Office of Refugee Resettlement], rather than keeping them in immigration detention.

This is the key point to people I’ve seen trying to blame this all on “the Dems” (which they make sound like some kind of terrible boogeyman). Yes, previous presidents including Obama had laws on the books that could be interpreted in this fashion, but it’s only Trump who is enforcing them in the most cruel and traumatizing way possible.

This NPR story shares the experiences of people from Central American countries who are so persecuted by gang members that they decided to risk coming to the U.S. They qualify as asylum speakers, and yet have been separated from their children.

As I’ve stated before, separating children from parents is a reproductive justice issue, in addition to being a human rights issue.

Why is this a human rights issue? Because, well, go read the UN Universal Declaration of Human Rights. Here are some relevant articles:

Article 5. No one shall be subjected to torture or to cruel, inhuman or degrading treatment or punishment.

Article 9. No one shall be subjected to arbitrary arrest, detention or exile.

Article 12. No one shall be subjected to arbitrary interference with his privacy, family, home or correspondence, nor to attacks upon his honour and reputation. Everyone has the right to the protection of the law against such interference or attacks.

Article 14. (1) Everyone has the right to seek and to enjoy in other countries asylum from persecution.
(2) This right may not be invoked in the case of prosecutions genuinely arising from non-political crimes or from acts contrary to the purposes and principles of the United Nations.

Article 25. (1) Everyone has the right to a standard of living adequate for the health and well-being of himself and of his family, including food, clothing, housing and medical care and necessary social services, and the right to security in the event of unemployment, sickness, disability, widowhood, old age or other lack of livelihood in circumstances beyond his control.
(2) Motherhood and childhood are entitled to special care and assistance. All children, whether born in or out of wedlock, shall enjoy the same social protection.

Notice the lack of qualifiers. Article 5 says NO ONE shall be subjected to torture or cruel, inhuman treatment. It doesn’t say “No one except for…[list of exceptions here, whether prisoners or immigrants].” That’s because these are universal human rights. They apply to all humans, in all situations.

Someone breaking a law doesn’t make it magically okay to deprive them of their basic human rights. We might restrict certain rights of criminals, yes, but you don’t get to suddenly torture someone once they’ve done something illegal. And even if there’s a legal distinction to be had between legally seeking asylum and illegally immigrating, I do not believe a government should respond by violating the fundamental human rights of those involved.

Then again, the U.S. government violates the human rights of its citizens all the time, so I guess I shouldn’t expect it to do a great job of respecting the rights of non-citizens. (example: see Article 25 above and tell me if the U.S. government is providing opportunities for a stand of living adequate for the health and well-being of each and every citizen)

Also? I study trauma. Childhood trauma, a.k.a. developmental trauma, is a huge issue around the world and here in the U.S. It includes much more than direct violence. As Bessel Van der Kolk, one of the leading trauma experts, writes of Developmental Trauma Disorder (in an attempt to include it in the DSM):

Children who develop in the context of ongoing danger, maltreatment, and disrupted caregiving systems are being ill served by the current diagnostic systems that lead to an emphasis on behavioral control with no recognition of interpersonal trauma. Studies on the sequelae of childhood trauma in the context of caregiver abuse or neglect consistently demonstrate chronic and severe problems with emotion regulation, impulse control, attention and cognition, dissociation, interpersonal relationships, and self and relational schemas. In absence of a sensitive trauma-specific diagnosis, such children are currently diagnosed with an average of 3-8 co-morbid disorders. The continued practice of applying multiple distinct co-morbid diagnoses to traumatized children has grave consequences: it defies parsimony, obscures etiological clarity, and runs the danger of relegating treatment and intervention to a small aspect of the child’s psychopathology rather than promoting a comprehensive treatment approach (The Body Keeps the Score, 161).

So, we can reasonably expect to see in this population of thousands of children a number of the co-occurring (or co-morbid in medical terms) issues that Van der Kolk describes here. Many of these are lifelong conditions that require therapy and medical attention to address. And all of this would be prevented by having an immigration policy that didn’t inhumanely separate children from parents.

Want to learn more about childhood trauma? Watch this TED talk by Dr. Nadine Burke Harris on childhood trauma and ACE scores (which stands for Adverse Childhood Experiences and is a stunningly accurate predictive tool for health problems that one wouldn’t even necessarily assume might stem from childhood neglect or trauma).

When the experts in a field say “These behaviors will traumatize children, with immense psychological and physical negative outcomes in their futures,” we should listen. We should intervene as a matter of human health and dignity, not to mention upholding universal human rights rather than trampling them.

If the “all lives matter” crowd actually came from a place of studying up on and implementing universal human rights, I might listen to more of what they had to say. Same with the “pro-life” crowd, whom I don’t see much outcry from about the treatment of actual, living children (not, like zygotes). If they’re going to rant about the ills of abortion and its effects on pregnant women, you’d think they’d show some compassion for the experiences of mothers being forcibly separated from their children, right?

At the end of the day, I don’t care if the people crossing our borders are doing so legally or not when it comes to how we treat their children. It is morally appalling to separate children and their parents, and it is a violation of their human rights. Even if in some twisted version of legal interpretation you think there’s a need to “punish” these parents or deter them, your actions are having innumerable effects upon children who were not able to consent to their parents’ actions, so at the end of the day, your support of these legal interpretations – or your inaction while watching it happen – has the effect of torturing innocent children. No child deserves that. And we’re letting it happen.

Here’s a list of ways to help. I just donated to RAICES, in part motivated by Dr. Kelly J. Baker’s offer on Twitter to send you an ebook copy of one of her wonderful books if you make a donation. If you can’t afford a donation, please help spread information (such as this blog post, or any of the other excellent ones out there) and educate others about the effects of childhood trauma, how this is a human rights violation, and so on. 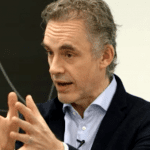 June 16, 2018
Does Being Bored by Peterson for 2 Hours Mean I Finally Have Context?
Next Post 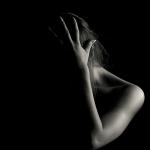 June 27, 2018 Somatophobia
Recent Comments
0 | Leave a Comment
Browse Our Archives
get the latest from
Foxy Folklorist: Folklore, Culture, Sex
Sign up for our newsletter
POPULAR AT PATHEOS Nonreligious
1