This is a post I’ve been meaning to make for a long time, defining & discussing privilege & its ramifications for, well, everything.

Ah, privilege, or as I sometimes refer to it, the “P” word. It does end up having the connotations of a curse word sometimes: people hesitate to drop it in a conversation, fearing the consequences. Will I sound too judgey if I use it, or rude, or coldly feminist? Will I drive off my listeners? Will I unknowingly initiate the apocalypse?

Here’s the thing: I don’t think privilege is a bad word. In fact I think it’s a useful tool, and I’m sick of tiptoeing around it. Like all tools, it can be mis-used (any tool can be a weapon and all that), but if we’re sticking close to the academic feminist definition of it, and the way it’s used in social justice circles to point out systemic patterns of power, I think it’s hard to go wrong.

Privilege is, quite simply. the state of being less impacted by bad things than other folks, whether we’re talking inconveniences or danger/harm. Due to the nature of privilege – not having to worry about something – it’s often invisible to those who have it. That makes it really hard to talk about. I mean, who makes a habit of noticing precisely what they are not socially required to notice?

Privilege is an energy-saving device. Less effort is required to be or to do. (125-126)

In other words, socially-conferred privileges save us time and energy in terms of what we wish to accomplish in the world, and which barriers we are likely to encounter. Society generates privilege, and thus talking about privilege is a statement about the social identities one occupies (whether chosen, like careers, or assigned, like gender, or biologically determined, like race or some disabilities, as much as these identities are also to some degree socially constructed).

What I’ve noticed is that often, in initiating a conversation about privilege, I want to be analyzing these social categories, these ways of assigning value…and yet it’s hard for people not to take the conversation personally. I know I have privilege on a lot of fronts – white, middle-class, cisgender, often straight-passing, able-bodied – and I think that over time, and due to my training as a social scientist, I’ve learned to just accept these facts and not feel attacked when they’re brought up. Not everyone has that same background, though.

Ahmed situates privilege in terms of social worlds that support us, whether or not we asked for that support:

When a whole word is organized to promote your survival, from health to education, to the walls designed to keep your residence safe, to the paths that ease your travel, you do not have to become so inventive to survive. You do not have to be seen as the recipient of welfare because the world has promoted your welfare. The benefits you receive are given as entitlements, perhaps even as birthrights. This is why I describe privilege as a buffer zone; it is how much you have to fall back on when you lose something. Privilege does not mean we are invulnerable; things happen; shit happens. Privilege can however reduce the costs of vulnerability; you are more likely to be looked after. (237-238).

In this sense, privilege is also about access: having access to social support, networks, and fallback plans if shit hits the fan. Of course, having a network isn’t necessarily a sign or guarantee or privilege; plenty of people scrape together networks specifically because they don’t have privilege in some sense, and need to work to make sure they’ll be okay when things go poorly.

Is it tempting to hurl the word “privileged” into the faces of privileged folks who are blind to it? Of course it is. Is it useful? Apart from you gaining some immediate catharsis, not so much. Your mileage may vary. In this post on post-election activism I describe some different activist styles, and yes, there’s a place for bile and verbal sparring. I find I get better traction not weaponizing words against people, especially when we’re often discussing the mere fact of how weaponizing words and concepts impacts different populations differently. But I know that my generally-polite, generally-friendly form of feminist activism doesn’t work for everyone, and goodness knows I don’t always have the bandwidth to carry it out.

Depending on how you want to proceed with instigating conversations about privilege in your communities, there are a handful of strategies.

One is to use metaphors. Author John Scalzi writes in Straight White Male: The Lowest Difficulty Setting There Is that if the real world were a role-playing game, some folks would have an easier time leveling up due to arbitrarily-assigned settings (i.e. being straight, white, and male in a heterosexist, racist patriarchy). I think it’s a useful metaphor, and just maybe it could help reach people who are put off by the “P” word.

Another is to use comparisons. Activist and scholar Julia Serano has this brief but informative Twitter thread explaining privilege in terms of how if we believe there are groups who are disenfranchised, doesn’t it start to reason that other groups, by definition, have benefits conferred upon them?

Finally, it helps to maintain an intersectional approach: just because someone benefits from systemic privilege in one way doesn’t mean that they aren’t oppressed (or just having a shitty time of things) in some other way. Having privilege in some fashion is not a guarantee that your life is 100% awesome. This Everyday Feminism article has some great tips on having productive conversations about privilege.

These are the reasons I retain privilege in my vocabulary, even as there’s often pushback against using it. Funny how that pushback often seems to come from folks with unexamined privilege, eh? But I make a point of not wielding the word like a weapon and using it to shame people, because many forms of privilege are inherited rather than chosen. As a educator, I always err on the side of hoping that people can/will choose to learn and proceed with more open minds and compassionate hearts, the more tools we can provide for interpreting the multifaceted world around us. 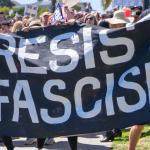 September 14, 2017
Dear White Supremacists: Why Would You Cite Me?!
Next Post 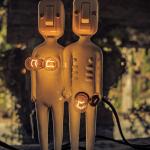