This year’s #TriangleSCI conference is themed around overcoming risk, which is exactly what scholars studying sex & sexuality are doing. And yet I can’t swing it. And I’m heartbroken.

Last year I attended the Scholarly Communication Institute – also called TriangleSCI – for the first time, and loved it. As I described in my recap post, we did good work and developed an amazing sense of camaraderie as a result. Obviously, going in as a folklorist to a conference on scholarly storytelling meant I’d have a lot to contribute, and that the theme would be very relevant to my work. But the conference exceeded a lot of my expectations, even as it presented some challenges (like on the day when my team presented our work).

But, from challenges grow opportunities. The organizers recognized that questions of risk in scholarly communication loom large, and hence the theme of the 2018 conference is Overcoming Risk. And wow, did I want to draft a proposal. I even mentioned it on Twitter and tagged in some people and started generating ideas…but then some other stuff happened.

First, my idea. Please, someone steal it. Assemble your own team and proposal and make it happen, since I can’t. (the deadline is in two days and I dragged my feet about making this post so I don’t know how likely that is but you never know)

We need to support scholars doing sex/sexuality research that is risky. By risky I don’t mean edgy, since most sex research is bound to upset or offend someone. I mean that sex scientists are routinely stalked, and face bias at various levels of the peer review process (as scholar Terri Conley details in this interview regarding her research on consensual non-monogamy). Young scholars are warned off getting into sex research since it’s difficult to obtain funding, and it’s often looked down upon as less serious, or more trivial, than “legitimate” areas of human behavior to study.

I’m sure I don’t need to regale you with the sexual problems Americans (and others around the globe) face on a regular basis: everything from STIs and unplanned pregnancies to sexual violence to sexual dysfunction to feelings of shame that relate to body image or trauma or religion to… you get the idea. We need more sexual research, not less. And for that to happen, we need ways to counter the risk it imposes on scholars.

But in addition to having a hellishly busy semester, which prevented me from assembling a dream team to make this happen, a couple other things have occurred:

And to cap it off, my ideas for a proposal haven’t really solidified. How do we support scholars doing sexual research that is perceived as risky, even when it’s actually quite ethical and scientifically sound? I have no freaking idea. Maybe we need a board of refereed individuals who’ll be on call to write letters supporting scholars facing discrimination at the peer review or institutional level. But how does that help with stalking? It might help if the alt-right comes knocking and starts a campaign to send hate mail to your department, but it won’t help if someone doxxes you or starts sending threatening mail to your home address.

The more I thought about it, the more the problem seemed overwhelming, and then I just lost all momentum on the proposal. We need to overhaul this thoroughly sex-negative society, though of course we have to start small and keep it manageable so people don’t lose their minds trying to be activists.

So. That’s where I’m at. I hope the upcoming TriangleSCI rocks even if I can’t swing the sexuality scholarship + risk proposal I was really passionate about before life intervened. 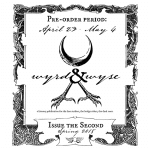