The Social Fallacies of Subcultures

This is a much-beloved concept in some of the circles I travel in, and it helps unpack social baggage that folks might not know they’re carrying.

The Five Geek Social Fallacies is a concept that I first learned of a few years ago, and boy did it resonate. I’ve hung out with geek/nerd circles for much of my life, and thus had the occasion to observe some of these dynamics first hand.

They’re called “fallacies” because these beliefs and behaviors become entrenched enough to be difficult to identify, let alone argue against. They thus operate on the level of unconscious stereotypes, influencing behavior while being tough to call out and dislodge. My sense is that certain folk groups are more susceptible to this kind of thing, but that’s only a hypothesis.

The original post linked above explicates the five fallacies, so go read it. My list is somewhat paraphrased to generalize beyond the narrow confines of geek culture and extend to subcultures of different flavors. Hopefully my commentary on each one stands alone. Here goes:

Of course, we don’t have any culture-wide consensus on what healthy relationships look like, nor do we teach this material as part of comprehensive sex education despite evidence that it’s really helpful to do so.

Are there any other social fallacies operating in the communities you participate in? If so, how do you identify and combat them? 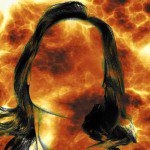 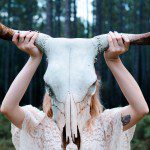 October 10, 2016 Stop Saying "Female" As A Noun
Recent Comments
0 | Leave a Comment
Browse Our Archives
get the latest from
Foxy Folklorist: Folklore, Culture, Sex
Sign up for our newsletter
POPULAR AT PATHEOS Nonreligious
1