The World Is a Vampire

…you know how the rest of the song goes, right? Or did I just totally date myself? Imagine the grim yet oddly catching Smashing Pumpkins song “Bullet with Butterfly Wings” playing in the background while you read this, if you wish. The title came to me when I was pondering the state of the world and all I could come up with is that everything is horrifying and I don’t know what to do about it.

Like many teachers and students, I am trying to chug along until I reach the end of the semester: coffee, teach, sleep, repeat. I am trying to keep anything pressing at bay until final grades are turned in. The world, of course, does not care about my plans and goals, and so I find myself hurtling towards burn-out once more, especially as I try to figure out what’s broken in this world and what I can possibly do about it.

In my corner of the dance community, there have been a lot of recent discussions about cultural appropriation and whether we’re being activist enough and so on. I’m not going to speak to those concerns here (I’m hoping to do so in an upcoming post), but just sitting with all of that for the last few weeks has really made me feel cynical and pessimistic.

While I’ve been mentally dissecting what seems fair and appropriate in my hobby, I’ve not been thinking about the following items:

I am not writing this to say “gee, dance is trivial, the arts are trivial, let’s focus on the REAL problems from here on out!” Because dance and art are a part of life and culture, and hence they are imbued with many of the same power struggles and issues that we see in other realms of life.

Where does your food come from, whether you’re omnivorous or vegan or something in between? The answer is probably horrifying, if you care about the environment or workers’ rights or animal rights or any/all of the above.

Who built the device that you’re reading this blog post on, under which labor conditions? The answer is likely horrifying.

What about the clothes you’re wearing? Another horrifying answer, depending on which outfit you’re wearing today and where it came from.

When we start picking apart the threads of American society, on a tiny daily level or a larger institutional level, it’s Cthulu-esque horrors all the way down. This society is an utter shit-show of depraved abuse and exploitation (and yes I am writing these words with all the weight of a BA and MA and PhD behind them; faced with terror and trauma on a large enough scale, language fails).

When I try to account for all the awful things that go into my daily life, I can’t. My brain literally shies away from the task. And even with all my white middle-class cisgender non-disabled privilege, I know that some horrors are merely a step away from me; as a woman, I am likely to be sexually assaulted, and moreso because I’m not straight. As someone who’s Jewish, antisemitic violence lurks just around the corner. I’m doing somewhat okay in terms of the ways in which my identities add up intersectionally, but just because there are fewer monsters under my bed doesn’t mean I should sleep tight and stop giving a crap about the monsters amassing to ravage other people.

As a non-religious person, there is no guy in the sky to justify any of this. It’s also why I don’t call any of this violence “inhumane,” because if anything, it’s all too human to inflict suffering and degradation upon one another, for profit or for shits and giggles, simply because we can. While others may find solace in religion, in the thought that there’s an afterlife or reincarnation to dole out rewards or punishments, that option does not exist for me. And that makes it even worse when I see people committing and justifying atrocities, not simply because they’re following systems already in place, but because they believe their religion commands or excuses it. Just, ew. No.

So, while I am scrutinizing my place in the world and the level of activism I can handle, I’ve had to be extremely realistic with myself about all this. I benefit from systems that oppress others. I cannot take in all the ways that happens at once, because then my brain breaks. And I cannot have a broken brain while my sole means of income is using my intellect to draw a paycheck as a teacher.

Enlightened self-interest vs. activism: the former is winning, to my utmost shame. But I suspect this is also a very human way to be.

What do we do about this? Everyone has different bandwidth and different capacities for empathy, as well as different access to privilege and resources. I know this post is real fucking gloomy – but again, have you actually looked at the world recently?! – so here are a few ideas I have:

To return to my titular metaphor, the world as we know it is a vampire, and this ain’t the kind of movie where the plucky human protagonists band together to figure out how to kill the monsters for one and for all. For one thing, we’re inextricable from the monsters, and for another, banding together puts us at risk of spreading the coronavirus or spreading hate (look at how white supremacy groups infiltrate other groups, FFS). But going it alone also means certain death; as we’ve seen this past year, isolation is painful if not deadly for many (which, jeez, find me another more compelling argument right now for prison abolition or at the very least reform!). So we try to find a balance, fighting the monsters yet not becoming them, as everything we claim to treasure falls in shreds around our ears.

That’s all I’ve got for now. I’m trying to not linger too much in this dark of a place, which means not spending more time in front of a screen than I have to (I will try to check back in for comment moderation when I need a break from grading, but I am also woefully, ironically aware that this post violates the bizarre comment policies currently in place here so, um, I am not quite sure what to do about that) 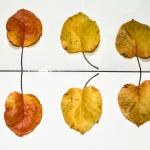 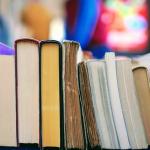 May 19, 2021 My Personal SFF Canon: Weirdo Feminist
Recent Comments
0 | Leave a Comment
Browse Our Archives
get the latest from
Foxy Folklorist: Folklore, Culture, Sex
Sign up for our newsletter
POPULAR AT PATHEOS Nonreligious
1