There Is No Such Thing as Toxic Femininity

I’m glad, on the one hand, that toxic masculinity has practically become a household word; however, wanting to broaden the conversation to toxic femininity is misleading and misses the point.

In late 2018 I saw a story that set my teeth on edge: #MeToo Will Not Survive Unless We Recognize Toxic Femininity. I was barreling through a tough semester followed by another tough semester but the idea kept popping up – that when we talk about toxic masculinity, it’s appropriate to create a parallel term, toxic femininity.

Dear readers, it is not.

Toxic masculinity is often used as a gloss for the academic term hegemonic masculinity, and so while you can use them interchangeably, it can create confusion as to the proper way to use the term(s) and extend their meaning to other arenas. I get that we often think of masculinity and femininity as complementary, hence if you’ve got ThisThing masculinity it might make sense to have a parallel in ThisThing femininity…but no, in this case, it does not.

Toxic/hegemonic masculinity, at its heart, refers to a system of domination and hierarchy wherein men achieve manhood/masculinity by engaging in a series of behaviors: misogyny, homophobia, sexual conquest, and subordinating men who are seen to fall short on typical (cisgender, heterosexual) masculine traits. There are multiple masculinities out there, and what’s seen as masculine for white men may differ from what’s seen as masculine for black men, for example, and hence hegemonic masculinity is enacted differently within different groups, but ultimately comes back to forms of domination and hierarchy. Hence I’d argue that, for instance, white supremacy always informs ideas of masculinity even in the absence of white folks, since we (in the U.S. at least) live in a culture steeped in racism. So, bottom line, taking an intersectional approach is useful here: we need to keep in mind that various identity traits overlap and impact how people experience the world, and we need to especially keep in mind that social hierarchies are built on the bodies of those who are multiple marginalized.

As I wrote in my blog post about toxic/hegemonic masculinity, one of the reasons it’s called “toxic” is that it’s poisonous to those enacting it, apart from the devastatingly harmful consequences for women and non-binary folks:

that gender norms are responsible for men being less likely to seek health services when ill, more likely to contract HIV, and more likely to be exposed to risky chemicals and behaviors. This comes with financial costs as well as physical and emotional ones: “men’s premature mortality and morbidity cost the United States economy alone an estimated 479 billion United States dollars annually.”

So might there be a legitimate reason to assume there’s a parallel phenomenon wherein women internalize feminine gender norms and do harm to ourselves as well as others? I mean, maybe I could see some line of argument about how, for example, beauty norms are mostly terrible and mess us up both psychologically and physically (one reason I’ve always enjoyed returning to Naomi Wolf’s book The Beauty Myth).

However, the main difference is that these norms are imposed on us by patriarchal sources that are hierarchically ranked above us, whereas the men enacting toxic masculinity are in many cases already at the top of the food chain.

And while I understand that one of the reasons some people want “toxic femininity” to exist is that they’ve observed women’s shitty behavior and want to name it and hold them accountable for it, there’s a difference between shitty behavior in general and shitty behavior that comes from a person with the power to swing that cudgel even harder and inflict more damage (incidentally, this is also why reverse racism isn’t a thing – racism isn’t the same destructive force without the systemic power to enforce and back up the negative stereotypes)

Hegemonic masculinity gives men reasons to hate women (for “withholding” sex, for example), and gives them the social power to act on that hate and not face repercussions unless enough other factors are in play to hold those men accountable. The current norms of femininity – which we might call ideal femininity, or compliant femininity, or whatever – might instill in women resentment towards men, or might be based on negative and inaccurate stereotypes about men. But those feminine norms are learned in a culture where women are still, on the whole, disempowered relative to men.

Can women be shitty humans? Of course. Hell, one of the individuals that’s recently done the most damage in my life is a female therapist who gaslit me about abuse that I experienced. But I think we need to be careful about attributing nasty or abusive tendencies to the “toxic” aspects of a given gender, especially because many of the negative behaviors in that original #MeToo Medium post linked above are the behaviors of women who are either just being cruel in general, or women who might have been acting out because they were cornered as an underclass and didn’t necessarily have a lot of other ways to get attention or try to gain power. And while it’s unfortunate that people in disempowered roles sometimes act out in shitty ways to try to address the power imbalance, blaming them for it and not those who created/maintained the power imbalance in the first place is shortsighted at best, and victim-blaming at worst.

As a lot of my reading about misogyny this summer revealed, yes, there are reasons why women internalize misogyny and sexism (many of them to do with complicity in patriarchy and white supremacy). I wish those women had better critical thinking skills, but hey, that’s why I blog and talk about this stuff, to bring these conversations out of academic spheres and into public ones, with the hopes of reaching more people.

Thus far in this post, I’ve discussed toxic femininity as a mistaken attempt to create a parallel where none exists, but it’s worth mentioning that the folks at the Geek Feminism Wiki view the term as one that is deliberately used by MRAs (Men’s Rights Activists) to construct a false equivalence between toxic masculinity (which offers a much-needed critique of patriarchy) and the ways in which women’s behavior, being constrained by the patriarchy, sometimes comes out distorted and not-so-great.

To wrap up this post, I’ll encourage you to read If You Think “Toxic Femininity” Is Real, You Are Part of the Problem… (though I’ll add a trigger warning for discussions of domestic violence and violence against women). As the author points out, we use these words deliberately, and they correlate to very specific gendered realities:

The concept of “toxic masculinity” exists to highlight and address the nature of domestic violence, rape, murder, assault, and other male violence against women.

There is no female equivalent.

Women comprise more than half the U.S. population, but commit only 14.7% of the homicides. When women do kill, they’re more likely to kill their own children than their spouses. Women are not raping and killing and violating men the way men are raping, killing, and violating women.

So, let’s keep a sense of perspective when people bring up supposedly “toxic” feminine behaviors. Let’s not give in to false equivalences that bolster existing power inequalities. And let’s all keep talking about gender norms so we can understand and dismantle them better. 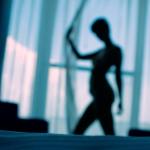 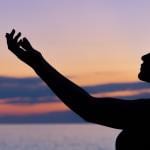