This Semester Will Probably Wreck Me But Hopefully It’s Worth It January 5, 2018 Jeana Jorgensen

I have to keep telling myself, I can survive anything that is temporary. And I sure hope it’s true this upcoming semester.

If you’re not familiar with the typical academic workload, it’s considered “normal” to teach anywhere from 2-4 classes a semester, depending on things like the size of the classes, whether you have TAs/graders to help, whether you’re at an institution that focuses more on research or teaching, and so on. Professors at research institutions generally teach fewer classes in order to maximize their time devoted to research/publishing, while professors at teaching institutions tend to have heavier class loads.

None of which matters at all for adjuncts, naturally, since we’re renewed on a semester-by-semester contract and it’s never clear whether publishing increases our odds of getting renewed or not. We’re literally only paid for classroom time, and fun fact, we teach something like 70% of college classes.

….and that’s all I’ll say about that because otherwise this post gets hijacked by ranting. But I’ll note that the AAUP has an excellent page devoted to this topic.

Where I’m going with this is that I basically spend my time as though I’m full-time faculty at a research institution, even though I’m not. I’ve discovered that teaching 2 classes a semester is the sweet spot for me to maintain an active research agenda, even though there’s little incentive to do so (let’s recall that academic presses don’t pay authors to publish, which is also, of course, a screwy system).

So if I can scrape by with a 2-course semester, I will. Plus side, at my current institution I still qualify for Medicaid on those wages.

Spring 2018 scraps all that careful planning.

I’ll still be teaching 2 classes – one at my current institution in the city where I live, one where I earned my PhD an hour away – but since I’m making slightly more money than I was in the fall, I won’t qualify for Medicaid anymore (luckily I procured Marketplace coverage). Plus side, hopefully that small pay increase will help see me through the summer, because many adjuncts are not offered summer teaching positions, and so we have to figure out how to get by.

The main thing is the commute, and the fact that my Intro to Folklore Class at my old institution will be one of those giant lecture classes that I find really challenging. Both factors will be huge time sinks, which I’ll adapt to, but I expect my creative outlets like writing and dancing to take a hit (though currently I’m planning to teach dance 3 nights a week and take a dance class another night a week, so that should be fun, goodbye social life).

Indiana residents will know what I mean when I lament the Indianapolis-B’ton commute. Distances that should take an hour to cover might consume three hours. I know people who do it on a daily basis, and I have no idea how they do it. I find commuting as an academic particularly difficult, since I’m not a book-on-tape person and how many academic books are on tape anyway?! My lesson plan is (hopefully) ready to go by the time I’m driving to teach a class, so I can’t necessarily use the time for that either, though sometimes I come up with great last-minute discussion prompts. I suspect I’ll bounce between listening to somewhat-scholarly podcasts and drafting blog posts in my head so I don’t neglect y’all.

I’ll have to up the self-care to make it through, which’ll present its own challenge. Self-care is hard when you have a commute, and it’s not a skill set most academics come equipped with anyway.

I’m already presenting at 2 conferences during the semester – the International Conference on the Fantastic in the Arts and the Popular Culture Association/American Culture Association – with one to follow immediately after the semester ends: the Positive Sexuality Conference. That might be an ambitious schedule during a normal semester, so it’ll probably be tear-my-hair-out stressful during this semester.

And, as I’ve already noted, I’m trying not to be down on myself for not being as productive on the academic writing front recently. I don’t anticipate having as much time to dedicate to research and writing this spring, so I’m trying to get a bunch of revisions and stuff done before the semester starts, in order to avoid a publishing slump which’ll then lead to bad feels, and so on.

Why am I going into some much detail about all this? Because the day-to-day details of academic lives are an integral part of how scholarly communication happens… or doesn’t, as the case may be. I maintain that scholarly communication is important at all levels of society, hence my attempt at transparency on what goes into it for me.

Mostly, I’m excited because I’m teaching folklore content at not one but two schools, and that’s basically why I’m an academic. The bump in prestige from teaching one of the vaunted large lecture classes at a major research university won’t hurt, either. I make sure to acknowledge this fact because I believe that the “do it because you love it!” rhetoric has been used to harm artists, academics, freelancers, and others.

Off to prep to do what I love, and also do the self-care to make sure it’s as manageable as possible. 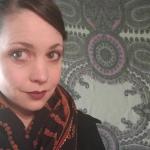 January 8, 2018 Always Center the Students
Recent Comments
0 | Leave a Comment
Browse Our Archives
get the latest from
Foxy Folklorist: Folklore, Culture, Sex
Sign up for our newsletter
POPULAR AT PATHEOS Nonreligious
1

Were the Sacrifices Worth it?
No Longer Quivering
Related posts from Foxy Folklorist: Folklore, Culture, Sex