Why The Translation You Read of a Fairy-Tale Collection Matters

Why The Translation You Read of a Fairy-Tale Collection Matters June 11, 2017 Jeana Jorgensen

Part of the fun of being a fairy-tale scholar is revealing particularly gory versions of beloved tales to people. Here, I take a different tack.

As folkloric texts, fairy tales are already subject to astounding variation: Cinderella’s benefactor has been a fairy godmother, a tree growing over her dead mother’s grave, or a magic talking fish in different versions. Adding translation to the list of things that can vary – and might be intentionally altered – complicates matters.

When people tell me they’ve read the Grimms’ tales, I always ask: which edition, and which translation? Because the Grimms released seven major editions of their tales between 1812 and 1857, and once we establish which edition it was, the translation makes a huge difference as well. Martin Sutton chronicled the changes made by Victorian-era English translators in his book The Sin-Complex, noting that the British translators were particularly keen on removing sexual and scatalogical motifs from the tales. The Grimms, too, toned down the sex in their stories, but left in plenty of violence and bodily fluids, due to cultural differences about what was deemed appropriate for young readers.

Another fascinating case study emerges in the tales authored by Charles Perrault, a French courtier whose Mother Goose Tales, published in 1697, also became part of the canon of classical fairy tales.

Scholar Christine Jones strikingly demonstrates how the rearranging of the order of Perrault’s tales in the collection alters their reception and impact. In his original publication, Perrault started with “Sleeping Beauty,” though his story has the heroine coming back to live with her husband and having to fight for her life against his Ogress mother who wants to eat her and her children. It’s a long and violent tale.

In contrast, early 18th century English translations of Perrault’s tales start the collection with “Little Red Riding Hood” and “The Fairies.” Perrault’s LRRH dies in bed with the wolf, while “The Fairies” has a happy ending (good girl rewarded by fairy; bad girl punished by fairy; this tale type, ATU 480, is appropriately called “The Kind and the Unkind Girls”).

As Jones points out, this has implications for the reception not just of Perrault’s tales, but the entire genre of fairy tales:

What happens when the text leads off with the shortest stories in the corpus? Readers are set up to read fairy tales a certain way. The short plots encourage us to look for a simple point—the nugget of action or “moral of the story” that teaches a lesson. Readers who approach the collection this way will logically seek out a similarly small nugget buried in the much longer stories to follow instead of relishing their narrative complexity. We can see in that perception of the genre something very close to popular ideas today about what a fairy tale should look like and do for children.

There’s a whole body of scholarship on translations of folklore, literature, and culture, and this is why: translation is not a passive act, a silent rendering, a reflection. It actively creates something new, synthesizing the original text with a host of embedded assumptions about culture, norms, and more.

In order to best understand and appreciate fairy tales, we have to know by whom – and how – they were translated. Want to know some good translations to seek out or recommend? #Askafolklorist! 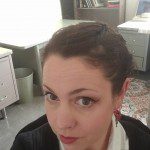 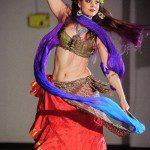 June 12, 2017 Practicing Being Bad at Things
Recent Comments
0 | Leave a Comment
Browse Our Archives
get the latest from
Foxy Folklorist: Folklore, Culture, Sex
Sign up for our newsletter
POPULAR AT PATHEOS Nonreligious
1